A compelling new report into youth entrepreneurship has shown early intervention can dramatically increase the likelihood of young people starting businesses in the future. 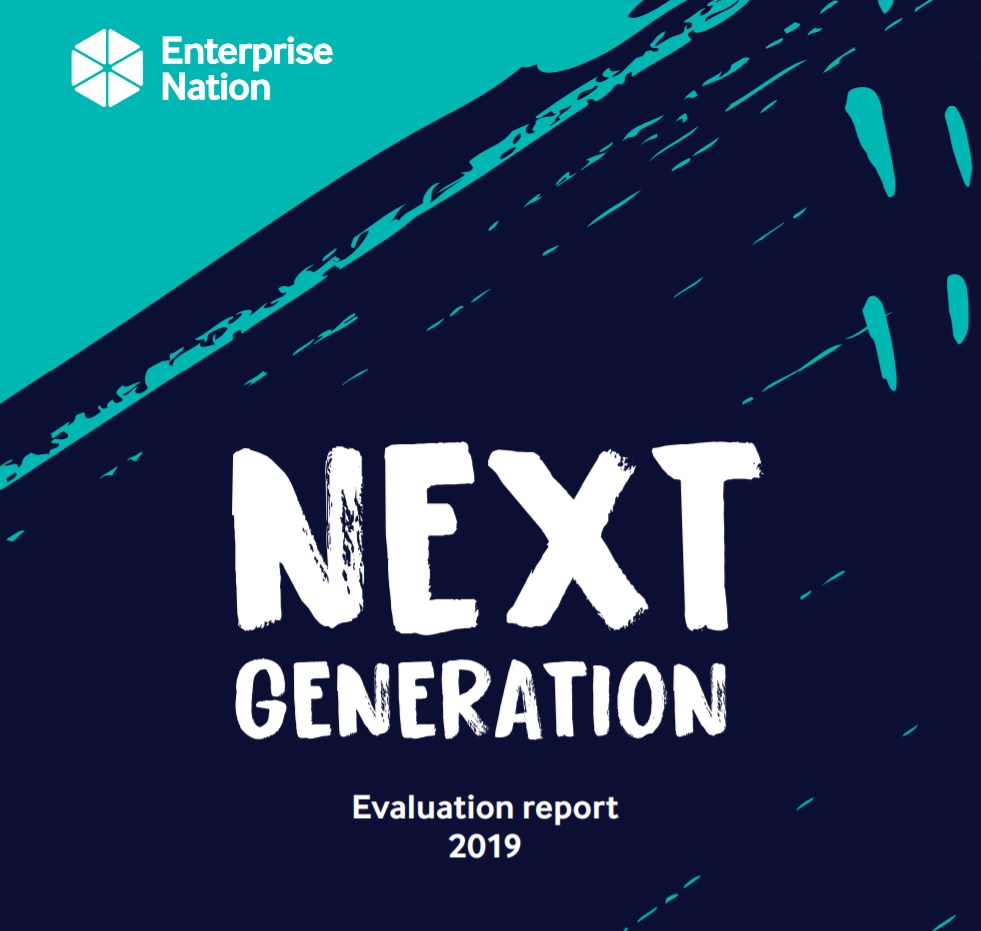 The results, which followed a six-week 'Start Something' course across eight cities including Manchester, Birmingham, Bristol, Dundee and Cardiff, found 73 per cent of those surveyed had started a business after taking part in the training.

The free-to-attend courses were part of a major campaign called Next Generation, run by small business support network Enterprise Nation and funded by enterprise charity The Enterprise Trust and TSB Bank, which aimed to test the effectiveness of support tailored specifically to young people aged 16 to 30.

The initiative, which also set out to understand why despite the heightened interest in entrepreneurship amongst millennials and Generation Z (born 1997 onwards) there is still a lower start-up rate amongst these age groups, found by far the biggest underlying barrier to starting a business was not background but confidence (85 per cent), and that age-appropriate support leads to increased business formation.

Emma Jones, founder of Enterprise Nation, said: "Despite the growing popularity of entrepreneurship as a career choice, there is in fact relatively less youth enterprise in the UK than there could be. Research shows compared to older generations, young entrepreneurs tend to perceive greater barriers and therefore lack the self-confidence to take real action on their business idea.

"The Next Generation campaign has shown that with targeted support, treating young entrepreneurs as a distinct audience, those barriers can be removed with dramatic effect."

Richard Harpin, founder of The Enterprise Trust, said: "I was a young entrepreneur who ran and sold my first business before graduating from York University. That early experience taught me a lot of valuable lessons, not least how to seize an emerging opportunity. When I founded HomeServe in 1993, it was exactly that determination and resilience I had learned as a young man, that helped me get it off the ground.

"The evidence from this initiative tallies with my own experience and demonstrates unequivocally that delivering targeted enterprise intervention to young people is vital if we are going to turn this generation's ambition and innate interest in entrepreneurship into businesses that will make a real contribution to the UK economy."

The Next Generation initiative reached 12,000 young people across the UK over the course of 2019, with approaching 1,000 who had sustained 'deep' interaction, attending multiple workshops and events as well as engaging with online learning programmes.

Of those that took part, 42 per cent were already in employment and were looking to start a side hustle, and 20 per cent were in full-time education.

Just over a third (34 per cent) expressed an interest in entrepreneurship as a career with almost half (47 per cent) saying they were in the early stages of starting-up but were unsure about next steps. Another 16 per cent said they had already launched and had a clear strategy, with just three per cent saying they weren't sure whether entrepreneurship was a path for them or had no clear business idea.

When asked to rank the barriers to entrepreneurship, those surveyed cited confidence, time management, finances and funding, knowledge and having a viable idea in that order.

After the programme was complete, the attendees reported key learnings including; increased optimism, and that 'it's OK to make a few mistakes'; an increased understanding of the importance of 'personal initiative-taking' and taking action; an increase in business skills such as marketing and branding; verbal and communication skills including perfecting an elevator pitch and why being clear and articulate is important in business; and digital and social media including an increased awareness of free tools and practical application.

The research found there was also a direct correlation between the amount of work attendees did between courses and the likelihood that they would start a business.

Emma Jones added: "The fact that hard work pays off is also part of the learning curve and once they realised that it's very much in their own hands

Chloe Bryant, founder of pet portrait firm CMJ Artworks in Reading, who attended her local course said: "It helped me grow in confidence massively. I now believe that what I'm doing is actually running a business and I can tell people that I am an entrepreneur. This is a huge difference to how I felt before the course, when I wouldn't have even said that it was a business. If I hadn't gone to the course, I wouldn't have pursued this journey, really. I just wouldn't have had the confidence, the know-how, or all that experience. It was a huge contribution.

"The course also taught me not be afraid to ask. I know that seems like a small thing, but it's actually a very big thing when you have the beginning of a business. Before the course, I was scared to ask someone for advice or an opinion. It was a massive confidence boost and I took what I learned and put it into practice. For example, I created some business cards and now have them set up in a veterinary practice, simply because I went in and asked. That's something I would never have done before."

Lizzie Slee
PR
lauren@enterprisenation.com
Head of media for Enterprise Nation and working to get issues and the positive stories in front of the media.