Learn somethingBrexit disruption: How will your sector be affected?
Business news

Brexit disruption: How will your sector be affected?

Manufacturing will be the sector most impacted by Brexit, according to a report which predicts the disruption on the UK economy of Britain leaving the EU.

Almost all sectors face at least short term disruption regardless of the exact terms under which Brexit occurs, the study by Irwin Mitchell said.

But it's manufacturing businesses which face the biggest effects.

Researchers at CEBR measured various indicators and scored them according to the likelihood of disruption after Brexit.

Manufacturing is predicted an overall 90% disruption with exports to the EU facing a 100% likelihood of an impact. In 2017, the UK manufacturing industry exported £87bn of goods to the EU.

The report said confidence in the sector has fluctuated in the lead up to each Brexit deadline coinciding with levels of stockpiling but predicted any positivity will reduce in the absence of a deal with the EU.

In second place in the list is the wholesale, retail and repair of vehicles sector with an overall 79% likelihood of disruption.

Due to the volume of exports to the EU, the report said wholesalers "will be severly affected if Brexit impacts the frictionless trade currently enjoyed by businesses in that industry".

Retailers will also see an impact with the study warning: "The current woes of the High Street, as it deals with changing consumer habits and the rising presence of online shopping, makes the prospects of a disorderly Brexit even more unfavourable, especially with the risk of trade tariff's after the UK's exit."

The study said accommodation and food services businesses could benefit from Brexit due to an increase in tourism driven by a falling pound.

But the UK's EU exit also proposes some problems for food services firms as around 30% of all food consumed in the UK comes from the EU and in some cases the EU is the sole provider.

The report highlighted that the Food and Drink Federation has called on the government to suspend or waive competition laws in the event of a no deal Brexit, in order to allow businesses to work together and coordinate the delivery of goods. Even with a deal, it said, food services could face delays in delivery when importing foodstuffs from the EU.

The study added that new standards on food production will also need to be implemented by the UK government, though there is potential for the government to broaden its ties with other countries that previously did not meet EU standards in this industry.

"The effect of the Brexit process has mainly positive consequences for the food and drink sector in the short-term," said Stuart Gallyot, consultant at Irwin Mitchell.

"In addition to the benefits of tourism, there has also been a recent influx of investment from both the US and Hong Kong based funds into freehold based leisure businesses. This is through both disruption in the Chinese market, trade war issues where money is looking for a safe haven but mainly UK based investments looking cheap due to the political turmoil and cheap pound.

"There are in the medium-long term, however, significant challenges, specifically in relation to skills shortage for the hospitality sector. The hospitality sector has, for a number of decades, relied upon migrant labour and recent surveys have shown that the number of EU national applying for hospitality roles has declined markedly over the last 2-3 years.

"Wages are on the rise as the supply of quality 'hospitable' people dries up, and the back-of-house jobs; chefs, kitchen staff, cleaning staff, which have always been challenging to recruit for, will almost certainly get worse." 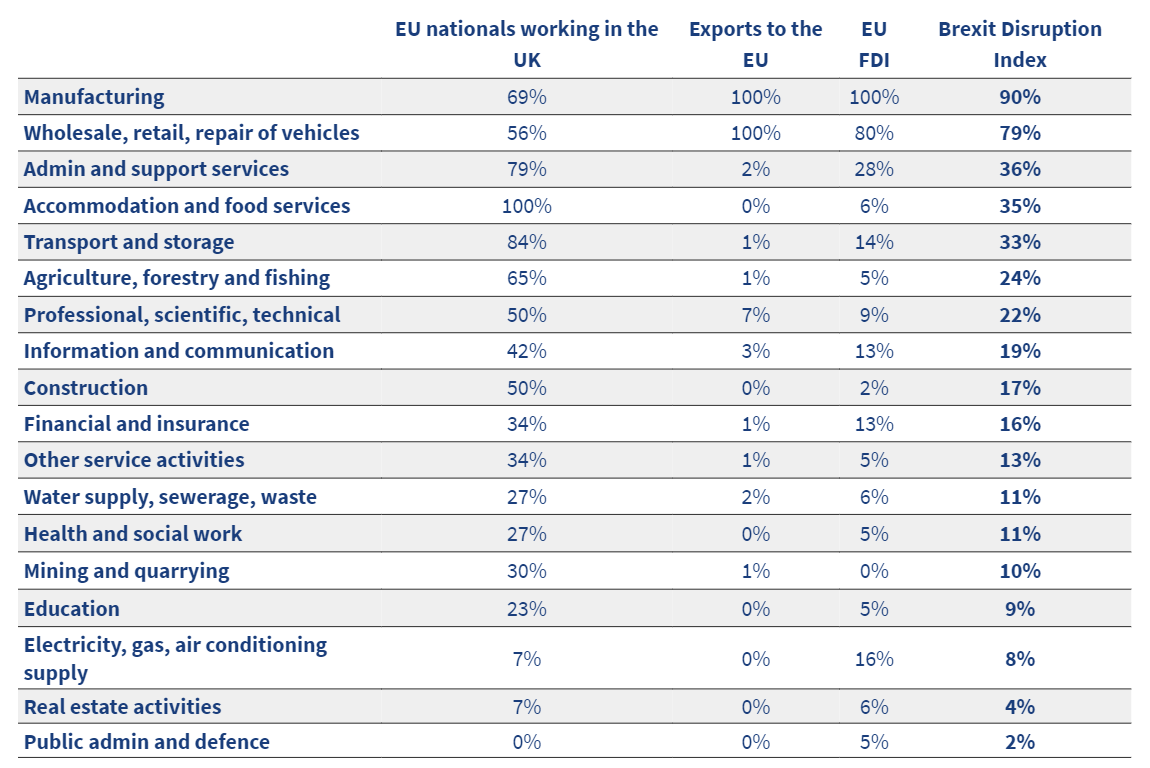 Stay up-to-date with the latest Brexit guidance for businesses with the Enterprise Nation Brexit Advice Service.