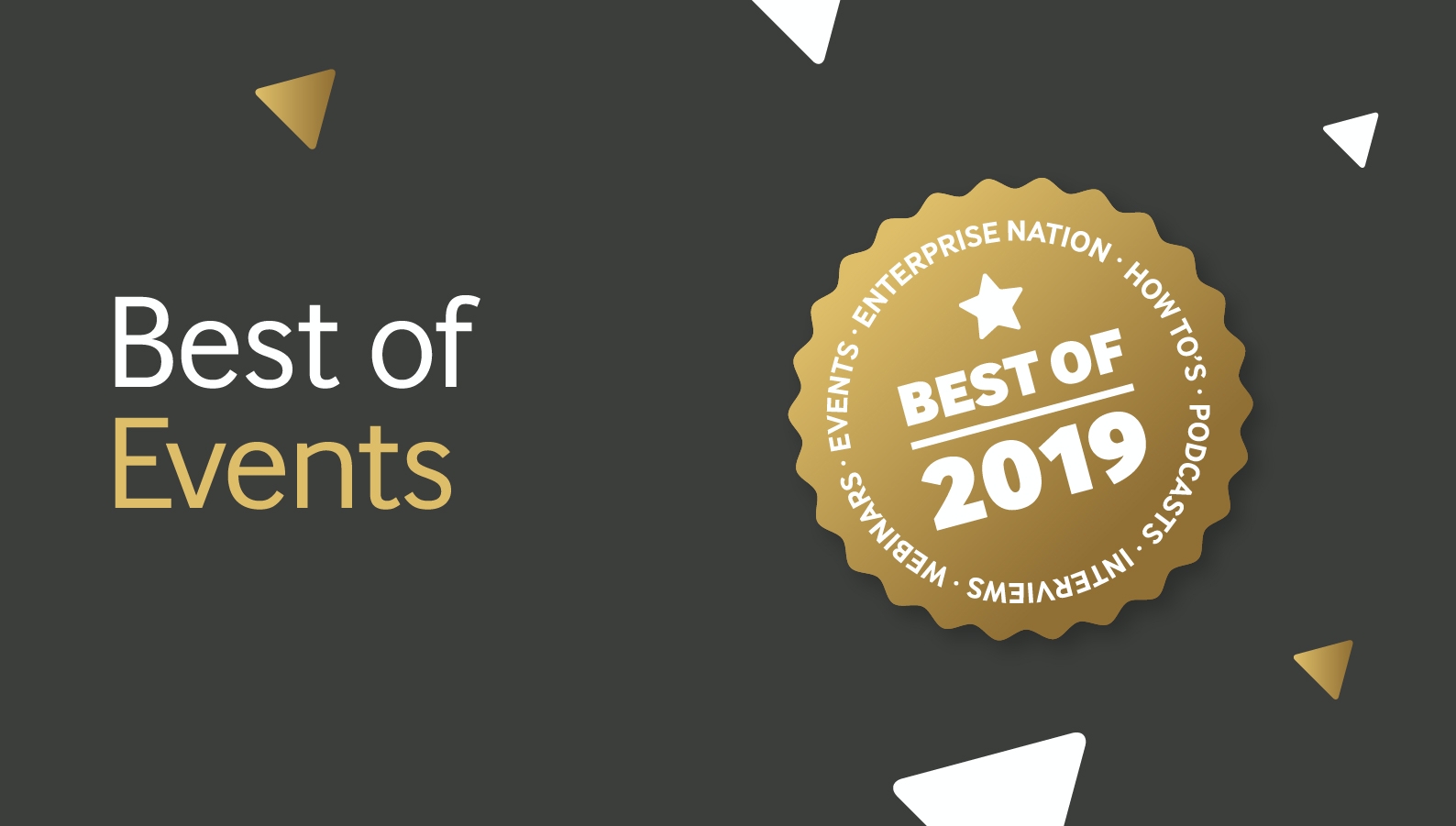 It's been an incredible year for Enterprise Nation events. We hosted over 400 functions, from online masterclasses and digital workshops to day-long festivals celebrating entrepreneurship.

Take a look at some of our most popular events of the last 12 months.

With so much interest from Scottish entrepreneurs, we also took the Festival to Scotland for the first time. At our Festival in Edinburgh, we heard from the trailblazing founder of Social Bite, Alice Thompson, whose cafes are helping to feed and support homeless people.

Read more about the event and our speakers:

In January, thousands of entrepreneurs attended our start-up show at King's College London. It featured over a hundred inspiring speakers who shared their stories of starting a business.

Want to get 2020 off to a flying start with a new business or improved network? StartUp 2020 is coming back to King's College London!

Join us on 18th January 2020 for the biggest start-up show of the year. Tickets are available now.

By the end of the evening, there had been a significant swing of attendees opinions from Conservative and Labour to the Liberal Democrats.

"It demonstrates that the small business community is looking for a party that has done some convincing thinking about the issues that matter to them, like business rates, tax and advice," explained Enterprise Nation founder Emma Jones.

Next Gen Fest was our first ever one-day festival for budding entrepreneurs aged 16-30. Held at FEST Camden, Next Gen Fest included expert panels, a drop-in business zone and a #supportsmallbiz pop-up shop.

Our featured speakers were all young entrepreneurs who have used their imagination and drive to build successful businesses.

Read more about the event and our speakers: