Has the government's much celebrated new role of minister for small business been dropped before the new Parliament has even properly begun, asks Dan Martin.

*** UPDATE (19/05/15): Since we published this post the Department for Business has updated Anna Soubry's title. See below for full details. ***

The reaction from the small business world was pretty much overwhelmingly positive to the news last week that David Cameron had appointed Anna Soubry as the first ever minister for small business.

'Small businesses finally get a voice around the Cabinet table' the headlines proclaimed as the prime minister appeared to back up his claims during the general election campaign that the Conservatives are the party for small companies.

But only days later and just over a week before the Queen's Speech I've spotted something which suggests the appointment may not be what it seems.

Here's how Cameron announced the new role on Twitter;

Here's how Soubry was listed in the original announcement on the Number 10 site:

But here's where it gets interesting.

This is Soubry's profile on the Department for Business, Innovation and Skills website: 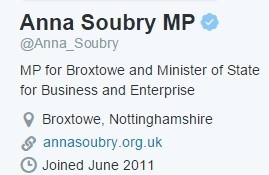 Yes, she is now shown as minister for business and enterprise, a role which isn't new as the BIS site confirms: 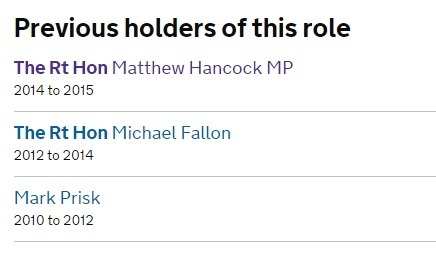 The job spec for the business and enterprise job includes small business issues but other areas which aren't necessarily specific to small companies: 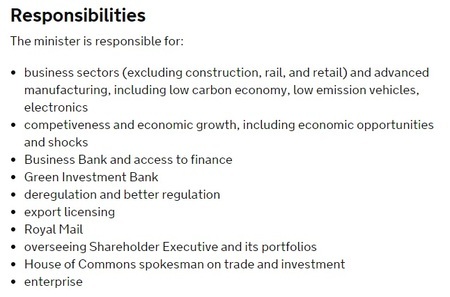 All this suggests Anna Soubry isn't quite the dedicated voice for small businesses that we all thought she would be and she'll have her mind on matters other than small business subjects when the work of the new Parliament begins. That is a real shame.

I contacted the Department for Business and a spokesperson told me that as far as the department is aware Soubry's title is indeed minister for business and enterprise and not minister for small business.

Since we published this post and questioned Anna Soubry's title, the Department for Business, Innovation and Skills has updated the minister's online profile page. Her title now includes the words 'small business' although the job description hasn't changed.

Dan Martin is head of content at Enterprise Nation.