The Apprentice episode seven review: In for a penny... 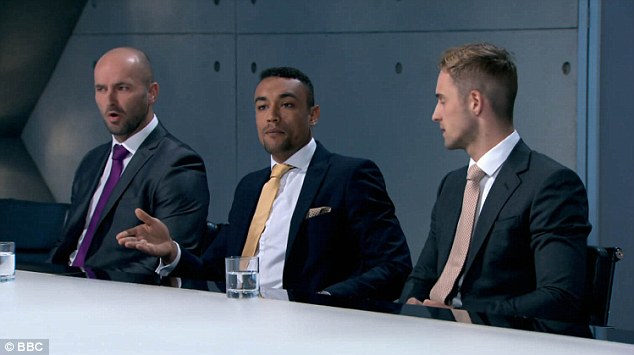 With pressure mounting as we reach week seven, the remaining candidates certainly took a lesson from the school of hard knocks in last night's episode of The Apprentice, the first of these being an unexpected knock at the door from Lord Sugar himself.

Enjoying a rare chance to relax back at the house, the boys playing a game of poker (Lord Sugar's not the only one who likes to take a gamble), the hopefuls quickly gathered to hear what was in store for them on this week's task.

After the usual balancing out of the two teams, Lord Sugar explained that this week's task was for each team to set up and run their own pound store. With bargain basements across the UK doing a roaring trade based on the 'pile em high, sell em cheap' philosophy this was a test of the teams ability to spot best-selling products & of course, their sales skills.

Predictably, there were a few hiccups along the way resulting in Scott's team Connexus being the eventual losers and young Sam being fired as a result.

As ever a few lessons were learned. Each of which are still relevant whether you've been in business for a year or 50 years.

The biggest clichÃ© granted, but there's just no getting away from the fact that unfortunately, a team that wants to succeed has to work together and put personal gain aside. Of course, the Apprentice candidates are in a highly unnatural situation, competing against each other, as Scott pointed out with refreshing honesty.

However, as Lord Sugar was quick to respond, if Scott's team had pulled together they could have won and avoided having their personal performances scrutinised.

The need to work together towards a common goal is never truer than when you start a business. With everyone having to roll up their sleeves and muck in you just simply can't afford to let egos and personal differences get in the way (take note Selina).

The other element to being successful as a team of course is having everyone play to their strengths. Again, when everyone is trying to 'self preservate' (sic) as Brett puts it, ulterior motives get in the way of who ends up doing what. But having Brett and Vana, your best sales people, out of store for the entire morning was not a smart move by Scott. Neither was having Sam do the finances, after he'd shown the previous week in the DIY task that numbers were definitely not his strong point.

This leads neatly on to the next lesson from last night's episode, it's ESSENTIAL to get the figures right regardless of the task and what it involves.

Bang on the money

If there's one thing I've learnt since we started our business three years ago it's that it all comes back to the numbers. If you don't have the balance right between what you're buying and what you're selling you might as well forget it and that goes for a product or service based business.

The one in three fail by year three 'doom and gloom' statistics aren't due to the person who started the business not having a good enough idea; it's because in most cases they've got the figures wrong.

As well as Sam messing up the figures for Connexus, team Versatile, led by Gary, weren't too hot on the numbers either.

They did win the task, however, they didn't have a very good strategy in place when it came to pricing the branded products. If they'd sold these at a cheaper price at a smaller margin, they could have sold even more of the own brand products which is where the real returns were. Joseph, who I think shone again this week, was the only one who seemed to grasp this starting up his 'manager's specials' deals to hook people in.

Reap what you sow

One of the other gems of advice from this week's episode for me is that "businesses don't grow sitting on cash".

This was one of the opening gambits at the Apprentice house from Lord Sugar, when he was stressing the importance to the teams of re-stocking their shops to maximise sales.

When you run a business it can be really tempting once the cash starts coming in to reward yourself financially after bootstrapping in the early days. Or to build up a stash of cash in case one of your feared 'what if?' moments comes true and it all comes crashing down.

However, if you don't invest some of the cash back in to the business, you won't grow it. Investing in new machinery, staff or marketing for example could see your profits treble in five years time, rather than plodding along or growing at a much slower rate than you'd like.

Speaking of investing, which of the hopefuls will Lord Sugar eventually decide to back? In my opinion, the smart money's on Joseph or Vana.

Meet all the candidates from the 2015 series of The Apprentice here. Spoiler alert! All fired candidates are revealed.

Lunch and Learn: A guide to crowdfunding

Watch back: A guide to crowdfunding

On The Spot Tax Limited

Masterclass: Discover Your Perfect Client & Target Market.  Successful businesses are built on the right foundations.  What you'll get in this masterclass training:  Learn why it is important to know who your ideal client is;  Discover the need to knowing and validating your target market;  Step-by-step tips on how to define your  perfect customer and target market.  Examples of Perfect Customer Profile  ...and muc