Learn something#TechTuesday: Want to use Microsoft Office while out and about?
Blog

#TechTuesday: Want to use Microsoft Office while out and about?

What are your options if you want enjoy the benefits of Microsoft Office while working out and about on your portable devices? Our tech 'agony aunt' Francesca Geens of Digital DragonflyÂ takes a look at what's available...

Want to use Microsoft Office while out and about? Yes? Well let's get back to basics,Â writes Francesca (left). If you're the type of mobile worker that spends a significant amount of time producing content on the move then your best bet is to have an ultraportable laptop. If all you need to do is consume content and maybe some lightweight editing then maybe you could get away with a tablet device.

Mobile phones to review and edit Microsoft Office documents should only be used in an emergency when you have no other choice but to remind yourself of the details you sent a client you're just about to meet! So was it a big deal that Microsoft finally released "Microsoft Office for iPhone" in the UK earlier this week? Yes and no.

Microsoft Office for iPhone: The pros and cons

"If you can try it, then do so; if not, then you're not missing out on anything earth-shattering that hasn't already been provided by Quick Office or Documents to Go."

There are enough even handed reviews and opinions here, here and here, out there that will run through functionality you should expect from Microsoft Office for iPhone. But my opinion is: if you can try it, then do so; if not, then you're not really missing out on anything earth shattering that hasn't already been provided by Quick Office or Documents to Go. Is it worth forking out Â£79.99 GBP (a year!) to be able to edit Office documents on your phone? Hell, no. Is it worth it if you're editing documents across a number of PCs, Macs and online? Probably, yes.

Office for tablets -Â what are the options?

So you still want to edit Microsoft Office documents when out and about? Well I think we've covered your phone options - but what about on a tablet device? Well you could use:

"Whisper it quietly -Â there is an alternative. Have a look at the Surface RT tablets that have been plummeting in price and run an almost fully-fledged Microsoft Office."

But, whisper it quietly, there is an alternative. Have a look at the Surface RT tablets that have been plummeting in price recently. They run with an almost fully fledged version of Microsoft Office. For example, the Dell XPS 10 (with detachable keyboard -Â which has a battery life of 15 hours; hello?) is available for Â£289 + VAT. In the next service pack (Windows Blue), it will even have a version of Microsoft Outlook and the return of the Start button. Hallelujah. Francesca Geens is the founder of Digital Dragonfly, and provides IT support, advice and consultancy to independent professionals.

Need more tech tips? Join in with #TechTuesday, every Tuesday 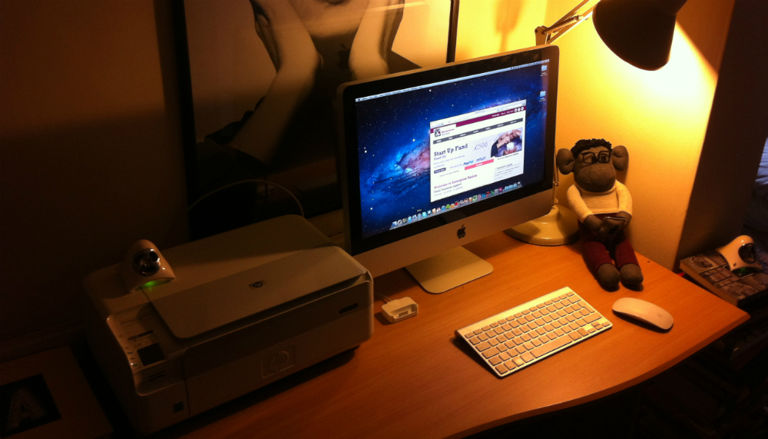 If you're your own IT department and you need some help, follow us on Twitter (@e_nation) and tweet #TechTuesday, every Tuesday, between 11am and midday UK time. It's a great way to find a quick solution to an IT problem that's been bugging you and we're helped by other Twitterers, too.