Ask people to name the most innovative place in Britain and many would say London. But that's not the case according to a new study which found that the capital lags way behind Cambridge, Oxfordshire, Dorset, Liverpool and Teeside when it comes to areas creating new goods and services.

The Enterprise Research Centre (ERC) crunched the numbers after 14,000 firms responded to questions about their innovation activity between 2010 and 2012.

Researchers said this 'arc of innovation' could be explained by the high concentration of high-end manufacturing companies in those areas.

Contrary to the current focus on the 'Northern Powerhouse' area of Manchester, Teeside was the best performing location in the north. Manchester was a significant way behind in 20th place, while London's innovation rate relative to the number of businesses means it ranked a lowly 25th place. 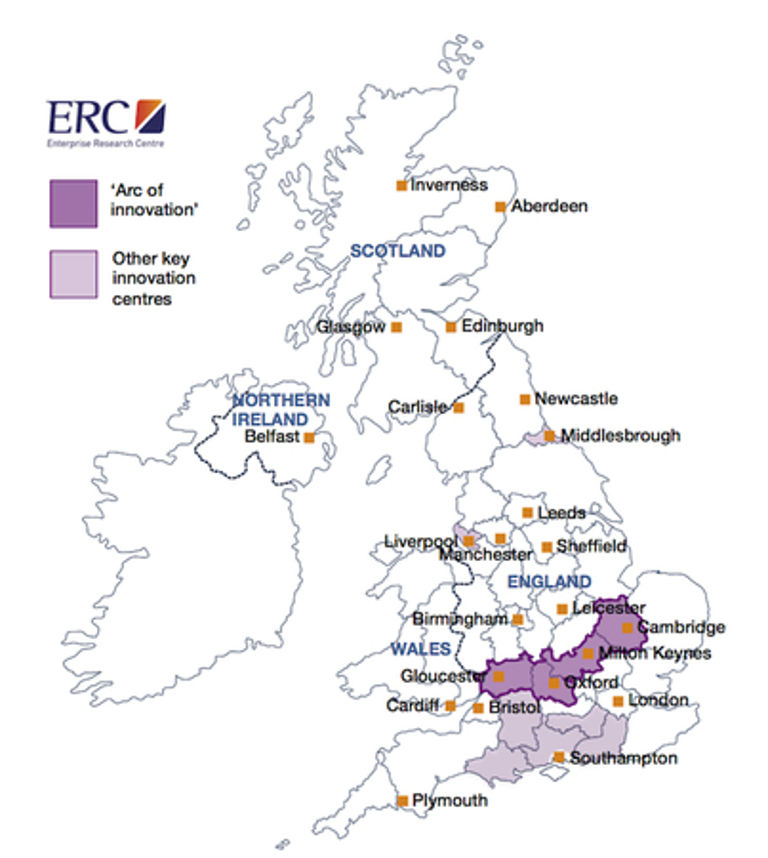 Professor Stephen Roper, who led the research, said: "The findings run counter to the dominant narrative of a country dependent on London, with innovation being much more dispersed across the country than was previously thought.

"Innovation is strongly linked to growth, exporting and productivity; all areas in which the UK economy needs to improve if we want to boost our international competitiveness.

"The significant variation between different parts of the UK suggests that some localities are succeeding in creating a more innovation-friendly environment than others.

"Policymakers and researchers need to examine the local factors that could be contributing to this so that we can create the conditions for firms to become more innovative, creating jobs and growth, in every corner of the UK."

The research focused on six benchmarks of innovative activity: