After a career in the police and running a cleaning business, Enterprise Nation member Aaron Henriques, started Handlr, a call answering and web chat service.

In a honest account of setting up his business, Aaron tells his story and how Enterprise Nation has helped.

Handlr is a call answering and live web chat lead capture service. We capture new customers for small businesses with a range of packages to suit all budgets.

How did you come up with your idea and turn it into an actual business?

I was running a side hustle domestic cleaning franchise alongside my full-time job as a police officer for four years. I needed someone to answer my business calls when I was at work or away from the home office.

I was faced with high minimum monthly costs of £120 a month which was difficult in the early days. I also had service issues with companies saying things like I'd call them back within an hour even though I was halfway through a shift at work and unable to call until the next day.

I realised how much revenue I was missing out on by not offering live web chat on my website.

I tested it for a month on my cleaning website and had a clear increase in client numbers. I decided this was the way forward and could compliment call answering services well.

Having previous experience in the call centre industry prior to life in the police, I decided I could do it, but better and provide access to high end lead capture services for start-ups and small businesses by providing a range of packages and features.

It was attending Enterprise Nation's Startup 2017 which made me think that my idea which had been on paper for over a year was actually a possibility. I owe a lot to Enterprise Nation for putting me on the path I am currently on.

How did you fund your business?

I sold a third of my side hustle cleaning business when leaving the police and together with my own funds, I put in £20,000 myself. I also sought an additional £20k government-backed loan from Startup Direct.

What start-up challenges have you faced and how have you overcome them?

This is not my first business, so the basics I could easily put into place without any issues.

The first big challenge was having the courage to leave my career in policing behind and financial security.

Handlr could never be a side-hustle business and it would require my complete attention. I eventually left the police after funding the business and now live off the income from my first business.

Getting the right technology was paramount for me. I wanted to ensure a robust and powerful service for our future customers.

The technology has been extensively tested over several months with several companies before making a public offering and whilst waiting for the website.

I tested multiple systems and options before settling on investing in the technology we have now. I've found a developer who has been working with us since Summer 2017 to build all the necessary database links and security into our systems. It is noteworthy that the market leader uses the same technology as we do, although they are infinitely larger than we are. For now!

Finding staff who are driven and reliable has been problematic. Our team now is fantastic but we've had four other staff members who started and were let go, mostly due to reliability issues.

Having an HR advisor has been a godsend and this lady was introduced to me via a local Havering Enterprise Nation event.

One major issue we have faced is the web design company not completing the website after Hearts & Minds branding agency (introduced by Enterprise Nation) provided them with all of the design files they needed.

They then breached the contract where they were meant to provide 12 months of paid/organic social media and SEO for a fixed fee. Four months after they were due to be completed, the project was removed from them and completed by freelancers.

Plus we have had to use other companies for our digital advertising at a much higher cost for the same scope of work. This has cost us in the region of £18,000 to date and our solicitor is currently in the process of recovering our losses.

What has been your biggest achievement with your business so far?

Realising it can work. Since our website was eventually launched some five months later than planned, we've exceeded our sales forecast by more than double during the first two months of opening up the offering of our services.

What is your next big business goal?

To start being recognised as a reliable and trustworthy organisation, not only there to provide lead capture services but also helpful advice and support where we can such as promoting our small business customers and not just having the big brands we help to make us look good.

What do you think will be your biggest challenge getting there?

We will need to build our small business subscribers and showcase how it has helped them.

Gaining traction during the early stages and giving people a reason to trust an unknown brand will be a hurdle to overcome. 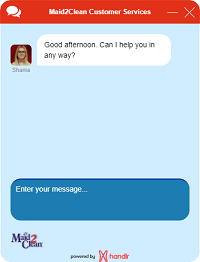 How has Enterprise Nation helped your business?

Startup 2017 was the first time I had ever heard of Enterprise Nation. I wasn't even going to attend the event, but along with a friend I just went along.

Had I not, I guarantee two things:

Enterprise Nation has helped with making me realise my ideas could become a reality.

With the support of the Entperise Nation team, I've been assisted with networking, meeting most of my suppliers and even exposure in national newspapers. I did not do anything to deserve the exposure and I have forever grateful for the help and support.

It also helps because I love what they do. I am trying to help small businesses who are often left behind. Enterprise Nation help and I look forward to working with Enterprise Nation more in the years to come.

Which other entrepreneur inspires you and why?

Although he grew up in a different age and hundreds of miles away from me, he is the one who most closely resembles my own upbringing and determination to succeed.

I started my first business in school too; buying and selling sweets for a profit until my head of year put a stop to it. I later had an idea after seeing this new handheld GPS in-car mapping technology.

The developers were willing to provide exclusivity to me. I named the company Execacar. I remember the meetings with Barclays bank who were willing to fund a significant portion of the start-up. I pulled out after listening to family and friends who are risk-averse. A few years later, a new company called Uber came along doing exactly what I had planned to do. Who knows, maybe my name wasn't so catchy?

So what has this got to do with Duncan? Well, after reading his book, I realised I needed to just go with my ideas and run with it.

Most people have ideas and never see them through. Handlr also wouldn't exist if I had listened to family and friends who'd prefer I take the safe option of the police.

He may seem like a right grump on Dragons Den' years ago but for anyone who has read his book, it's an amazing story of how he came from nothing to a multi-millionaire by having the courage to just go and do it.

What are your three tips for business success based on your experiences so far?

I thought having previous experience in the call centre industry as a manager and having made a profitable business from nothing would make the creation of Handlr pretty easy.

It has not been easy!

I work more now than I ever have. My first full day away from anything Handlr was in April 2018, having started this journey in Summer 2017. You need to be prepared to put the work in. There's no more 9-5 if you own your own business; well not if you want to make it a success.

I've met some interesting people out there at events. There are two polar opposite kinds of people at events I've found quite odd.

The transition from 10 years of policing has been easier than I thought. There are different ways of working and adjusting to 'normal' life where staff needs may differ has been challenging at times. Handlr cannot be run like a disciplined team of police officers and I've had to loosen up quite a lot.

I miss my old colleagues but I would not change what I am doing now for anything.

Making this transition, although very stressful at times, has been the best thing I have ever done. I owe a lot to Enterprise Nation as a whole and happily remain an #ENmember.

Aaron Henriques
Managing Director
Handlr
Handlr is a lead capture service designed for startups and small businesses in mind. We can take your business calls when you cannot and answer live web chats on your own website giving you more time to concentrate on running your business.