Top venture capitalist and speaker at Enterprise Nation's Festival of Female Entrepreneurs in Bristol in October has been tasked with helping to boost UK productivity by promoting and supporting financial technology firms. 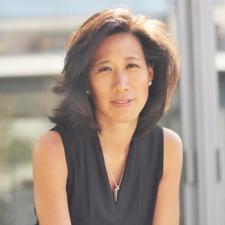 The plan said: "The government's vision is that five years from now UK financial services will be the best regulated in the world, with the highest standards of conduct; there will be more competition, more innovation and more choice for consumers.

Beginning her career in Silicon Valley, Burbidge worked for companies including Yahoo and Apple before moving to London in 2004 to work as one of Skype's first employees.

The UK's Â£20bn fintech sector already has several success stories including the Sir Richard Branson-backed Transferwise, which has achieved 'unicorn' status, the term used to describe companies valued at $1bn.

Eileen Burbidge is one of several high profile entrepreneurial speakers at Enterprise Nation's Festival of Female Entrepreneurs in Bristol on 22 October. Last year, 700 business owners attended the event. Tickets for 2015 cost only Â£20 and can be purchased below.