Fund101: Let's get ready to Bumble

"I don't get to sleep because I'm thinking about cakes," jokes Vicky Turner, aka Mrs Bumble, whose Bumble Cakes start-up has won the votes for a Â£400 grant from Fund101. "I've only been in business since June and really I've spent the last few months sorting out insurance and health and safety certificates and wotnot.

"This money's really going to help me get out in the local area and get people to buy my cakes!"

A video game designer by profession, Vicky found herself at a loose end after she and husband Paul moved to Basingstoke in November 2010. "There's nowhere closer than Guildford or London to work in the industry and I really didn't want to commute," she explains. "I was sitting at home for six months doing nothing and I was getting a bit frustrated." The inspiration to get on with something new struck in the form of a cake baked for her father-in-law. "I really enjoyed it," Vicky recalls. "So I started baking them as a hobby and realised I was quite good at it. I thought 'I've got a talent. Let's see if I can turn this into a business and make some money'." Vicky's first step was to create a Facebook page to display photographs of her work. Compliments and questions from budding bakers flooded in - so much so, that she even started writing short guides for other cakemakers. "I thought 'I've got something marketable here'." But finding local customers is a challenge. "I didn't think I was ever going to get the Fund101 money," she admits. "I'd like to take out advertising in a wedding magazine locally and use the money to fund some stalls in the area. Hopefully, there'll be another class locally I can attend, too. "But basically I'll use it to get my name out there. I'm not from Basingstoke and I don't have a base of friends to spread the word. Mrs Bumble has given me something to get up for - I wanted to do something arty and this is my way of doing art. Plus I get to make cakes. It's brilliant fun."

How Vicky got the votes 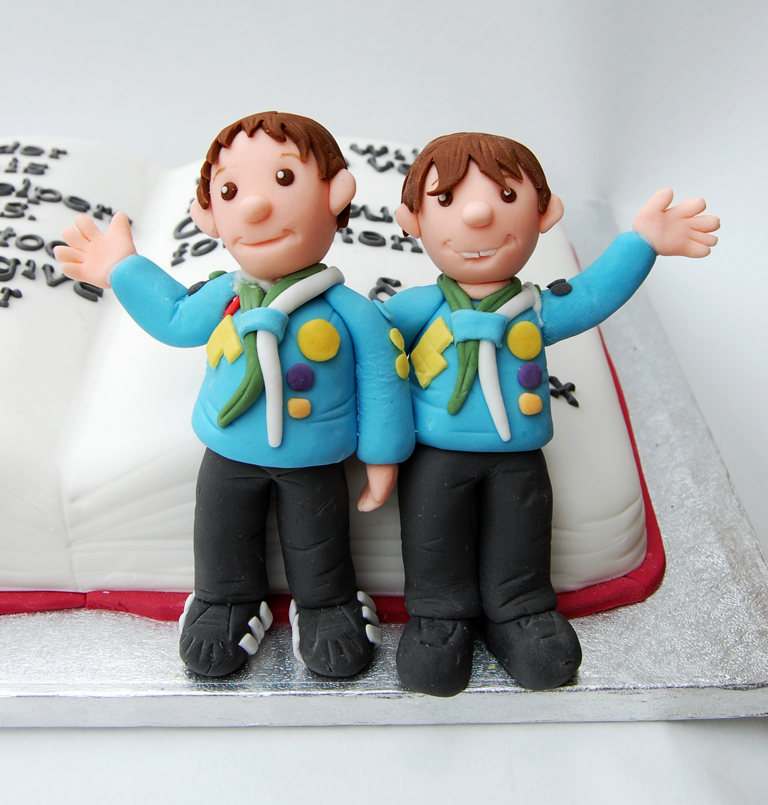 "I got votes mainly through Facebook," Vicky explains. "A lot of people said I'd helped them out so much already that it was the least they could do to return the favour. I made it to 100 fairly easily, but then it slowed down. So I ended up organising a giveaway. "I made up some nice images with a message asking people if they could spare a few minutes to help and that once I'd hit 400 votes I'd hold a draw. I've put up Â£30 of cake decorating items and a few other people have donated prizes, too. It was the lure of free goods that got people to vote, I think! "I also updated my vote count with a percentage, and varied the message," she continues. "I tried to be jokey. Nobody wants to be spammed on their wall, do they?"

What's next for Bumble Cakes?

"I'd love to work my way up to opening a shop or leasing a kitchen unit somewhere," Vicky reveals. "But I've only just started, so my initial goal is to get myself a decent base of customers. I'd love to run classes, too, because I get asked a lot of questions on Facebook and I already write guides for people. I'd just like to keep on sharing the cakey love!" There are lots more great start-ups waiting for your votes in Fund101.