Cha Haxell (pictured above) was planning to take a Masters degree in sports science. But a bad experience in a high street store and a glance at some photos of herself led her down an entirely different path intoÂ  running a home-based business with a very particular niche.

"I went into a store that's quite well known for bra fittings and when I told them I wanted a 30 inch back, they told me to check the children's department," reveals Large Cup Lingerie owner Cha Haxell. "The effect that could have on the confidence of someone younger could be really detrimental and it made me want to help people find bras that fitted. "I already knew my size because I'd had a proper fitting after looking at some pictures of myself on my birthday and I looked horrendous," she continues. "It makes you look almost fatter than you are because you don't have a properly defined shape. And if the back's too big, it's not giving you the proper support - it pulls down on the shoulders , leaves red marks and it can be physically damaging."

After speaking to friends, Cha realised she wasn't alone.Â  As she explains, a lot of women wear bras that are too big for their back and too small for their cup because the traditional 'plus four' way of measuring bra sizes is highly flawed. High street chains have tended to be either too lazy, too focused on shifting whatever stock they have to hand or too unwilling to cater to women who don't fit what they consider their 'normal' range to actually address the widespread wrong assumption. "In the USA and Canada, you can only get the hard-to-find sizes in massive department stores and they only tend to stock one or two or the large sizes," emphasises Cha. "So if you live in a rural area and it's gone, you miss out.Â  They're very expensive, too - I discovered it's actually cheaper to have it shipped from the UK." In 2010, Cha decided to do something herself after friends had offered her more money for the new bras that she had sourced for herself than she had actually paid for them originally. In a classic example of an enterprising person taking matters into her own hands to fill a gap in the market, she contacted the brands she loved and asked if she could sell them herself. On being told they might supply her if she could show them she was serious about retailing, she set up a website and called back. The master's degree was set to one side and Large Cup Lingerie, the online retailer for women who struggle to find bras that fit, was born.

Social media: the route to custom and influence

Though it's a complete departure from the path she had planned to take, Cha has taken to running her homegrown business like a duck to water. The first supplier on board was Freya ("I've been a massive fan ever since I found out my correct size," she says) and others have followed. As her customer base has expanded, so has her range and Cha now also stocks swimwear and beachwear for her particular clientele. Finding these customers has been largely a matter of mastering social media and plugging into a dispersed, but passionate, online community. "I do a lot of social networking, especially through Facebook and Twitter," explains Cha. "But I've got a great marketing company - 4Ps Marketing - that have helped a lot. They told me that having an amazing website and not marketing it properly is like opening a lovely new shop in the middle of nowhere that no-one knows about. "So I have lots of customer engagement and I'm very open about people emailing me for advice. There's a big blogging community, too, with blogs like Busts4Justice campaigning for the larger retailers to introduce proper fitting and stock a wider range of sizes. 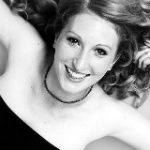 "Quite a lot of pushing the industry forward is about proving the demand and pressure from people like me and the bloggers has got the larger retailers to sharpen their act up," she stresses. " They're listening, but they don't really have a choice, and bra knowledge is increasing. But there are still high street stores and some department stores that can be hit and miss. It's crazy the amount of influence bloggers and small retailers can have."

Growing into the international bra market

The expansion of 'bra knowledge' and the slow movement of bricks and mortar retailers means, of course, that Cha's market is becoming ever larger, so to speak - and more international.Â  "I focused initially on the UK market, but then started targeting the international market on purpose. "I offer free international delivery and I make a lot of sales to the US, Canada and Australia, where women were having more difficulty. I used to live in Australia, so I know the sizes aren't great - and whenever I go on holiday, I check out stores. I also get a lot of information from bloggers based overseas." Large Cup Lingerie may be a niche business, but its market is completely mainstream - and potentially huge. So far, her enterprise has grown nicely, but Cha stresses that there's no resting on her laurels. Listening to her customers is critical to make the right choices for the business. Â "A lot of decisions I make in terms of where I'm going come from speaking to customers and gauging feedback from social media. I've considered moving into hosiery, for example, but it's a matter of seeing what's popular. I want to make sure I'm giving people what they want, as well as growing the business." For now, it seems, the sports science career is shelved as Cha follows her nose and continues to build the business. "It's not that I didn't believe I would be successful, but maybe I didn't think I would be as successful," she admits. "Anyway, I enjoy being my own boss."

FreeRange Friday is a celebration of homegrown businesses and the people behind them. We love to write about the inspirational, innovative and downright interesting things you do. If you have a story you'd like to contribute to Free Range Friday, then please email Simon, the Enterprise Nation editor. In the meantime, here are some previous Free Range Friday stories: