In 2007, Janan Leo came up with an idea that would forever change women's footwear. Since then, she's built a wildly successful international business whose customers include Dame Helen Mirren, Pippa Middleton and Joanna Lumley.

It's true that she's had a little help along the way, most notably from her real-life partner Gareth Austin-Jones, who keeps the operational and financial side of Cocorose London shipshape. And while that doesn't sound tear-jerkingly romantic, this is a true love story in every sense: a perfect coming together of personalities, a beautiful backstory, a product that's adored, and a devoted customer base.

So, in the month Valentine's Day falls, I wanted to find out what it's really like to run a business with your significant other - from two bona fide experts. What's their secret to success? How long does it take them to make up after an argument? Who's the boss, really?

Janan, you invented the foldable shoe concept in 2007. Where did this game-changing idea come from?

Janan: "Back then work was very different. I was leaving home first thing in the morning and coming back late at night. I had to carry my life around in my handbag - I couldn't nip home to pick up anything else.

"Women were wearing heels a lot more. Why did we put ourselves through it? Sure, they look great - but they're so uncomfortable. That's when I had a brainwave: foldable shoes. They'd be ideal. I looked around but couldn't find any, so I thought 'I'm going to do this myself.'" 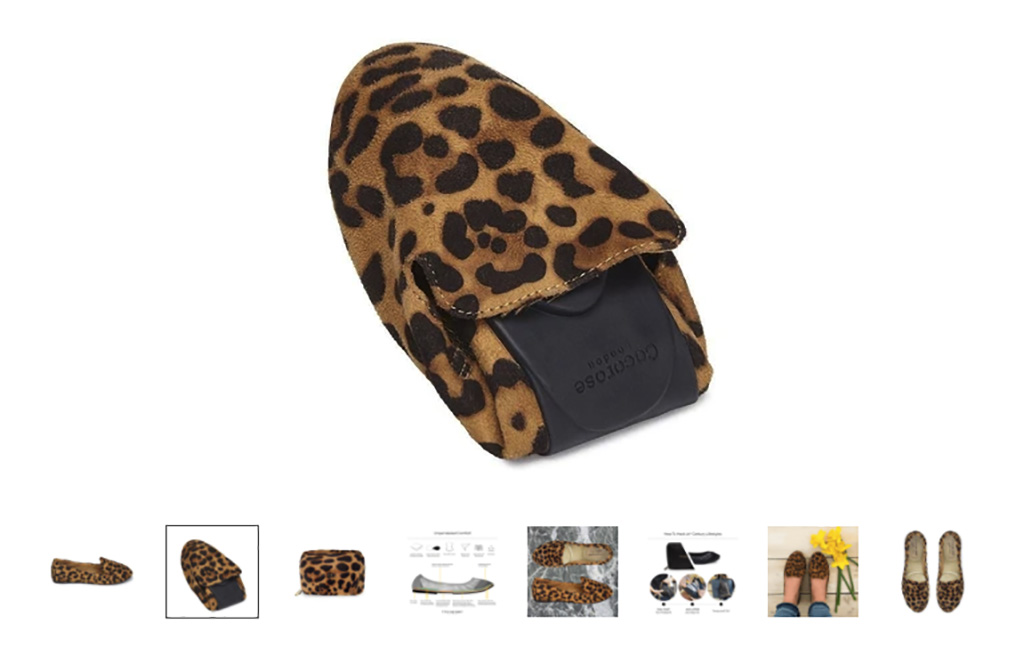 Gareth: "Janan and I worked together in the food industry long before Cocorose. A lot of what we did was based around new product development and client presentation. So we decided to create not just foldable shoes, but a concept - all day wear shoes that are foldable and packaged in a purse with an extra carry bag. And then to build a whole brand around them."

How did you turn this idea into a product?

G: "A lot of work and serendipity! Rather than getting a factory to understand our concept, we asked them to make Janan's shoe with a split sole. We then folded the shoes ourselves in our living room, before packing them into the purses - which were made using off-cut leather from a guy who made collections in Bromley by Bow. He made these amazing leather purses.

"Because the concept was so new and we were a start-up, we couldn't risk being pipped to the post by our manufacturer, so we stuck to this way of doing things for about a year."

J: "The product was by no means perfect, but it was very good. It needed fine tuning, but having a mentality of wanting to go ahead with the design as it was was great because you learn along the way. Personally, I think it's a real challenge to get something completely perfect before launch.

"A lot of learning comes from customers. If you don't launch then you don't get their feedback, and you won't be ready to take that next step."

Talking of customers, how were the shoes received?

J: "At the first trade shows we did the shoes were touted as the next big thing. The concept was completely new. Everybody, from a boutique and distributor point of view, wanted to buy.

"Taking the business overseas was key for us. We secured a Tradeshow Access Programme (TAP) grant from UK Trade & Investment, which enabled us to do overseas trade shows. We wanted to be able to export.

"We did shows in Vegas, New York, Dusseldorf, Milan, Paris, Sydney. It was nuts. We were back to back, show to show flying across the world. It was exhilarating. This was before e-commerce really took off, when the retail landscape was completely different to what it is today. Then, it was very much about working with distributors and agents to get into the best international stores." It sounds like the two of you are a bit of a dream team. What's it like running a successful business as a couple?

G: "Because we worked together before Cocorose, it's always felt quite natural. We're lucky because the morning's issues are forgotten by the afternoon or the evening. Things don't linger.

"Also, it's always been Janan's business. When we have discussions about a direction or a style of shoe, somebody has to have the final say. And because Janan founded the business - because it's a creative business, and she's the designer - then it's obvious that it needs to be her.

"I think it's really important when you've got a family business, or a couple's business, that there's somebody able to say 'The buck stops here. I'm making the decision.'"

J: "What's quite nice is that this relationship isn't hierarchical. There's always a discussion. There's huge trust and mutual respect, which goes a long way in terms of how we work together."

G: "If one fails, we both fail. The success of the business is family critical."

Do you have complementary skill sets?

G: "Janan is very much on the design side. She's the creative one. From a marketing perspective, she's in charge of the look and feel of the brand, too. These sit with Janan on the basis that Janan is the customer. I tend to be much more on the on the operational and finance side."

You've spoken about your product. Tell me a little more about your business model.

J: "It centres on having an artisan product. We don't push a button and 1,000 pairs of shoes come out looking the same. 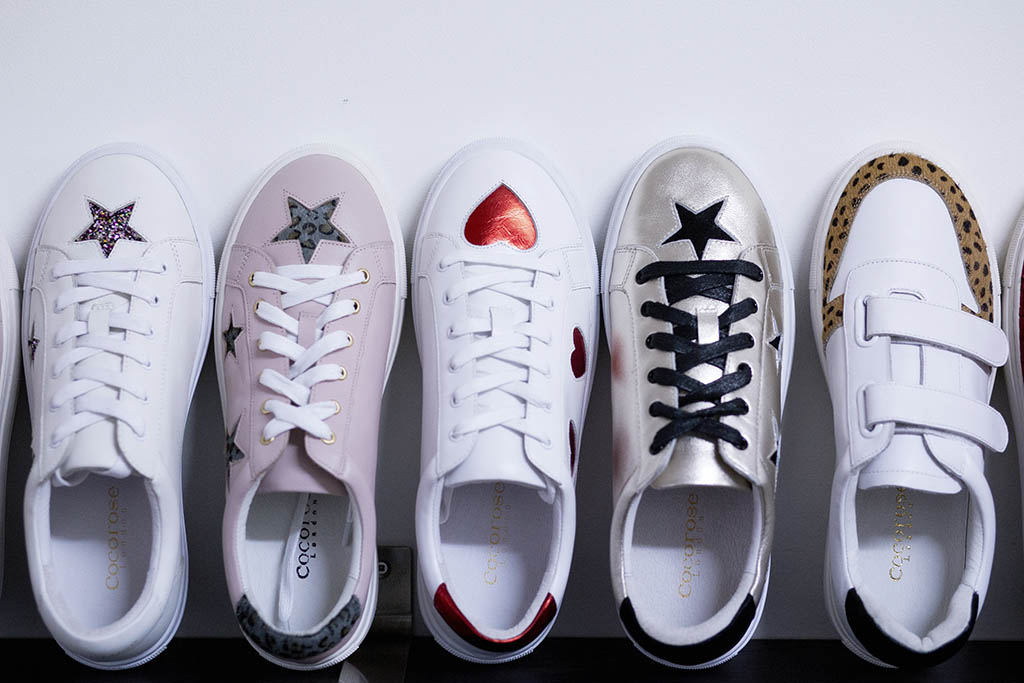 "Making shoes is a real skill. It's an art. Hand lasting [pulling the leather shoe upper over the last - the forms the shoes are made on - and securing it in place] is a disappearing process. For us, it's all about making in small batches. We make only what we need. We don't go over and then suddenly think we've got loads that we need to put on sale, which is that traditional retail model.

"It's about making the best product in the best way. The whole transparency side of things, and ethical sourcing, all of that comes into play.

"We started with our range of foldable shoes, but over the years we've grown our collection of footwear to include leather flats, trainers and boots. We've also recently started to expand our accessories line, most notably starting with face masks - which had the most incredible press and were seen on Prince William - and we're now building our skincare and homeware lines."

G: "We touched on it earlier, in the sense that the retail landscape has changed dramatically over the past 10 years. Whereas before we were much more focused on third-party wholesale and working with distributors, today we are really focused on growing B2C."

Has the pandemic affected your model?

J: "A big trend we've started to see is a huge wave of support for small businesses. Not just what they sell, but what they stand for. I think this is becoming a real movement."

G: "Even outside of the pandemic it's clear that we're living through a period of incredible change. Whereas before it was the classic fashion model of wholesale, agents and distributors, we've experienced how this is disappearing so quickly and how brands are focused on managing their own relationship with the final consumer. There's been huge growth in e-commerce - B to C is replacing B to B to C."

When did you start recognising this?

G: "About five years ago. Trade shows were not delivering as they had previously. The distribution model was becoming very marginal for distribution partners, and therefore for us. We came into the office one January morning and said: 'Right, from here on we need to think 'website first'. Wholesale is important, but we need to manage what we can control. How are we stocking for the website? How are we designing for the website? What's our supply chain like? Let's manufacture four or five or six times a year, not the traditional two of (spring and autumn).

"The pandemic has changed things hugely. We were forced at the beginning of 2020 to rethink how we communicated with our customers. Janan took it right back in house, and it became a lot more open and transparent. It was less 'We've got this to sell' and more 'How are you?'

"It was incredible how this flowed back in terms of the dialogue we had with customers, and this again feeds into the movement of people buying into brands rather than just their products."

J: "Listening is so important. I was chatting to a customer recently who was going through a huge amount of mental stress because of lockdown. She told me that so many people don't really listen.

"Sure, they listen, but they're doing 10,000 other things at the same time. I think that's where the power of a brand can come in. If a brand can really understand and listen to its customers, then you've got customers for life."