New research by youth enterprise charity Launch It and Enterprise Nation, which tracked the lives of 32 young entrepreneurs from socially and economically-deprived city communities, found three-quarters of them had more job satisfaction and income prospects than their peers with jobs.

Level Up: Changing Lives Through Enterprise followed the fortunes of young people who started and built a business in areas with some of the highest poverty and unemployment rates in the UK.

It found that despite typically no recognition or encouragement to take this route throughout their education, few role models and limited investment opportunities, 81% reported their finances were at least as good or better than before, 73% said they had higher job satisfaction than their peers in work and those with more advanced companies studied as part of the research said they had provided employment opportunities for an average of 40 individuals in their community.

Launch It CEO Pat Shelley has called for the government to take note and consider incorporating an enterprise training element into its £2bn Kickstarter plan to avoid 'siphoning off' those from the most hard hit areas into temporary low paid work.

He said: "Young people from deprived areas have always had the odds stacked against them and with rising unemployment in the wake of the pandemic, life will undoubtedly get even harder.

"While the new £2bn Kickstarter scheme is a welcome mechanism to tackle the wider issue of youth unemployment, it's a blunt tool which is likely to siphon young people like those featured in this report into low-paid dead-end jobs.

"What is needed is a more considered approach that would equip and support more young people from minorities and deprived communities to follow a passion and build a long-term career for themselves. Funnelling investment into enterprise and opportunity - with advice for starting and growing a business, grants and on the ground support in deprived areas -  would help more truly remarkable businesses get off the ground and effectively tackle the worrying wealth gaps in our society."

James Daly, Conservative MP for Bury North and chhair of the APPG for Youth Employment, said: "As a result of COVID-19, we will have at least a million young people unemployed.  Many have the skills, aspiration and determination to set up a business but sometimes they don't believe they can do it.

"I believe there is a huge opportunity for government and local groups to target support to these young people, for example investing in empty buildings to give entrepreneurs rent free opportunities, mentoring and peer to peer networking opportunities to get started and establish their business without the prohibitive costs they normally face for many years.

"Covid's been an awful thing for the country, but it also provides a number of economic opportunities because we have to do things differently to achieve better outcomes and the old ways of doing things are, I'm afraid, coming to an end."

Emma Jones, founder of Enterprise Nation, said: "This report demonstrates that entrepreneurship impacts equality, social mobility and the earning potential of young people from deprived areas and diverse, often BME, backgrounds as well as delivering a boost to their local economy and community.

"The really shocking reality this report brings to light is that our education system prepares our young people only for the world of employment, and the options for them there are mainly low-skilled and low-paid.

"If we could only instil entrepreneurial ambition and expectation in these young people earlier at school, via relatable role-models and training; throw open unused high street spaces for them to work from and encourage them to create and participate in like-minded peer networks, we would be empowering more young people to fulfil their potential - and that has never been more important than now with so many young people losing their jobs and having education plans scrapped." 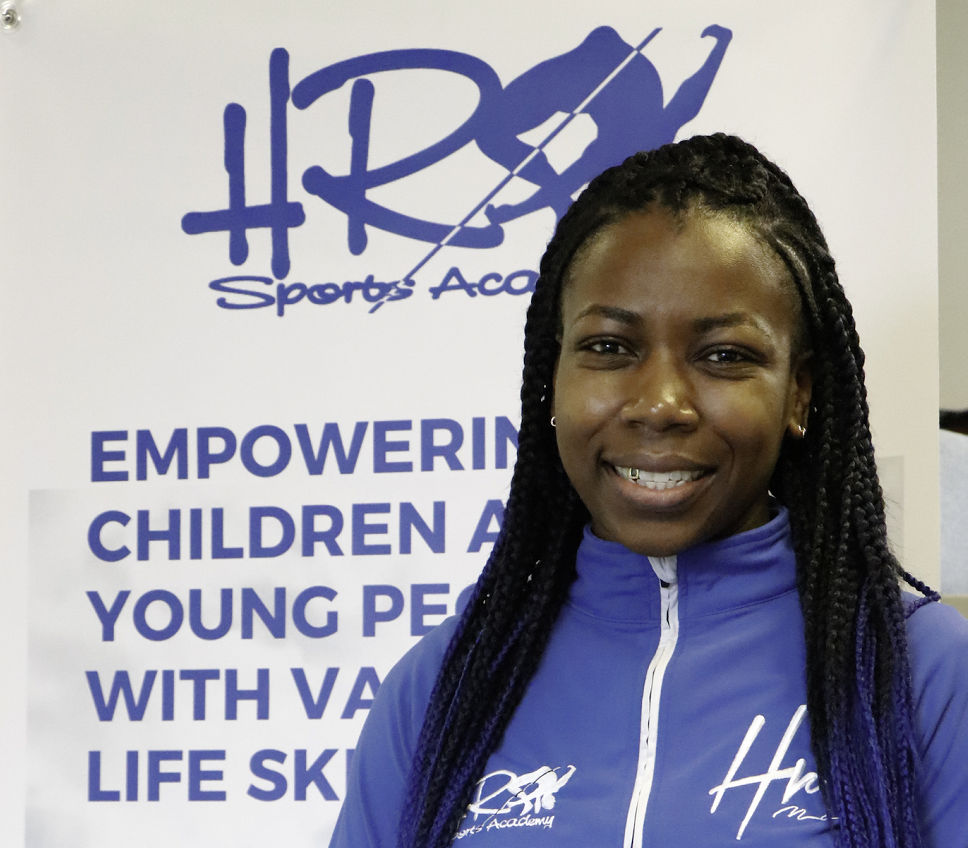 Mickela Hall-Ramsay started the award-winning social enterprise, HR Sports Academy in 2008 when she was 21.  She had been motivated by the rise in youth crime and cuts to youth services she saw in Tottenham. Her business has touched the lives of 40,000 young people in the local community and she now employs 16 people, many of whom have come through her own programmes.

She said: "Running a business has given me fulfilment, confidence and a strong business network. I have gained many skills over the years. I have learned the importance of stepping out of your comfort zone, taking up opportunities, getting mentored as well as mentoring. Everyday my aspirations increase based on the people I meet and the events I attend as a result of running the business."

One thing that unites these young people is that unlike many entrepreneurs that spot an opportunity or a gap in the market, the start-up experience of those featured in the report were limited to their existing skills or previous experience.

Sam Beadle, 25, grew up in Abridge in Essex before moving to London at the age of 17 to become hairdresser. But he went from there to pursue a career in a very niche industry - wig-design and making for shop window mannequins.  After working in the industry for four years, he lost his job and made the decision to set up his own wig design and mannequin make-up firm Peluca Studio. But it wasn't easy. 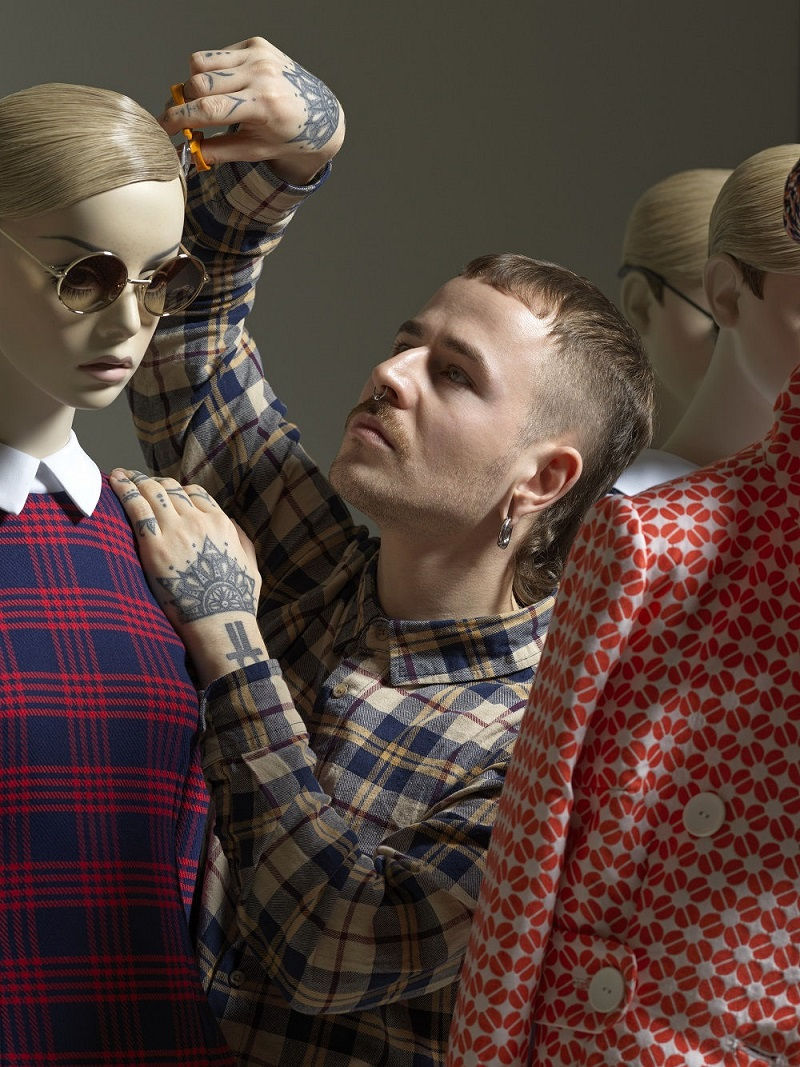 Sam said: "A few people had said to me I should set up my own studio, but I always told myself I didn't have a clue how to run a business. It wasn't until I was forced into it that decision that I actually did it.

"To start with, I felt I didn't have a clue what I was doing. I wasn't taught anything about running a business at school. I'd never sent an invoice in my life. However, when I started I realised that most people have no clue and there is no right time to start a business. It's full of trials and tribulations but eventually you find your own way. I firmly believe that no two businesses run exactly the same.

"The interesting thing is that now I absolutely love running a business and doing the business side of things as well as designing and making and if I'd been taught about this element at school, I might have set up my own studio sooner and with more confidence."

Sam works in Seven Sisters in Tottenham, in two incubator units run by Launch It. He has worked with several freelancers to complete work contracts and is about to take on his first trainee wig-maker.

For many of the young people studied, working from home was not always an option, so providing subsidised spaces in their own community was more important.

Networking and a lack of relatable role models with a variety of backgrounds, nationally was also seen as an issue.

Comments recorded during a focus group included: "In Tottenham, I can walk down the street, go to the local shop, where a black person is running a business - we feel like we are doing something; but when you go to the City, you see the person in a retail shop or cleaning - we're not shown in the best light."

Rita Madu-West, now 30, founder of Afro-Caribbean catering firm Deo Catering in Camberwell, set up the firm after a series of uninspiring part-time jobs.

She said: "Starting a business has caused a positive domino effect in my life and in the business, that I am passing on to the community as well. They need it. In my business, eight out of 10 of my employees are young people from London."

Finally, an entrepreneurial apprenticeship was also suggested as something that would have helped to get these young people off to a solid start. 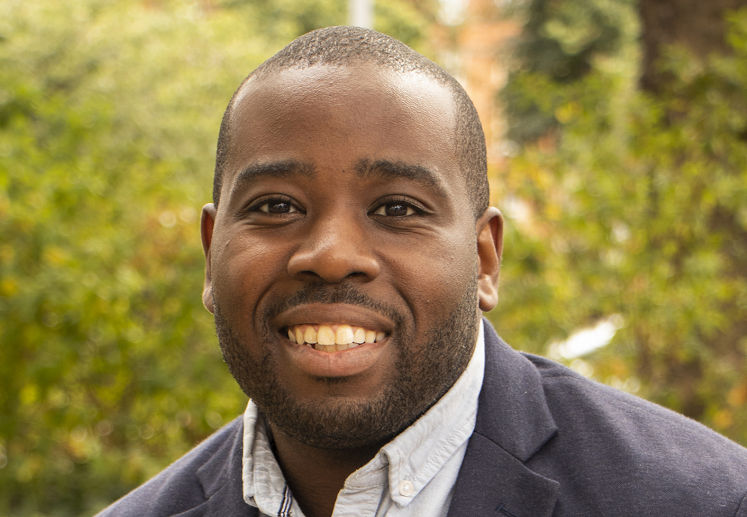 "If there had been an apprenticeship where you could sit with a business owner and your sole purpose was to understand their perspective and how they deal with the challenges, I would definitely have done that for two years of my life.

"Even if I hadn't run my own business, that kind of experience can create great 'intrepreneurs' and I think that's often something we miss sometimes."