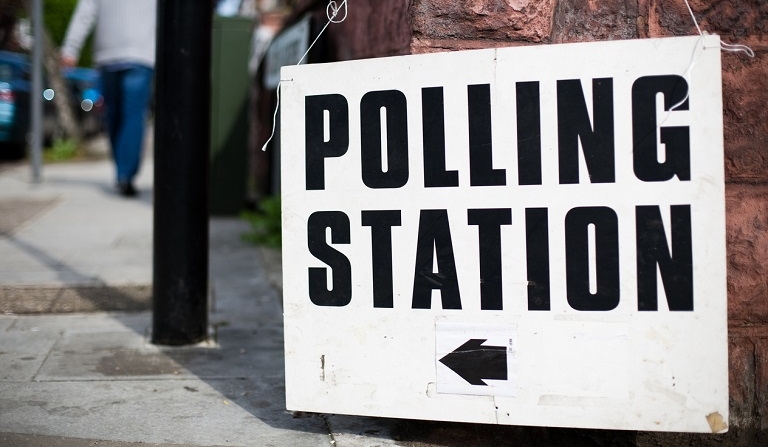 Boris Johnson, Jeremy Corbyn and Jo Swinson have made their first direct pitch for the vote of business owners in the general election.

Put your questions directly to the parties at the 2019 General Election Small Business Debate in London on 25 November. Register with event code ENHUSTING here.

Speaking at the Confederation of British Industry (CBI) conference, the leaders outlined policies focused on business rates, tax and skills.

The prime minister opened his speech by outlining his failed attempt to launch a kitchen tile business with some friends. "I am lost in admiration as a result of that experience for all those who have made a fantastic success of their businesses and their industries," he said.

He stressed his much repeated aim to "get Brexit done" and "it is the best thing for the economy because the worst thing now is the continuing economic uncertainty".

Johnson was keen to show his support for entrepreneurs saying: "When people get up at the crack of dawn to get their business ready, when people take out a mortgage for a new venture, when people have the guts to put a new product on the market, we don't sneer at them, we cheer for them."

To "make sure...businesses...can continue to flourish," he said the Conservatives would conduct a "big review of business rates" and "cutting rates further, particularly for SMEs to help...to stimulate the high street."

Corbyn said described as "complete nonsense" accusations that he is anti-business.

Corbyn said if a Labour government is elected, businesses will enjoy "more investment than you ever dreamt of", "the best educated workforce you've ever hoped for and "world-leading infrastructure, including full-fibre broadband", a reference to the party's surprise pledge of free broadband for all by part-nationalising BT.

The Labour leader said his party's policy on Brexit would "end the uncertainty for business because we won't be ripping up our main trading relationship".

Announcing the 320,000 new apprenticeships, Corbyn said he would double the amount large businesses can transfer to small businesses in their supply chain from the Apprenticeship Levy, a fee imposed on UK employers with annual paybills of more than £3m to fund apprenticeships.

Paying tribute to her business "hero" Anita Roddick, founder of The Body Shop, Jo Swinson said "business shouldn't be part of the problem but must be part of the solution."

She added that the Liberal Democrats' policy of scrapping Brexit made it "the natural party of business" adding "we believe any Brexit - blue or red - would be bad for jobs, bad for business, and bad for our public services."

She said the Lib Dems are "committed to supporting small businesses" which she described as the "engine room of the economy".

Swinson announced the party would replace the much complained about business rates system with a commercial landowner levy which "will shift the burden from the tenant to the landlord so that we can breathe new life into our high streets". She later told BBC News the change would mean 92% of businesses would see a reduction in rates.

Emma Jones, founder of Enterprise Nation, said: "If I were to sum up today's political announcements to the business community, I'd say it was all 'a little uninspiring'.

"There are some sweet spots - the extension of R&D tax credits to 13% will be welcome as they have certainly boosted innovation in the past few years, but we'd like to see this widen even further to encourage entrepreneurship around the environment, for example.

"An increase in the NI allowance will help small firms boost staff wages and any decent look at our crippling business rates system is long overdue. The Lib Dem idea to scrap business rates in favour of a Landowner Levy is worth considering as we desperately need a long-term solution to this ongoing problem.  Corporation Tax cuts we can live with - the UK has one of the most competitive rates in Europe.

"We also like Labour's announcement of changing the Apprenticeship Levy to double the benefits large companies can offer to small ones and in particular to create the workforce with the skills needed to implement climate change is a great idea. As well as their pledge to stamp out late payments to small firms.

"Another good move is the Lib Dem idea of a 'skills wallet'. This tallies with our own manifesto call to increase capabilities to create a workforce for the future, but we'd like to see this taken further and see entrepreneurs given ongoing tax breaks to help them take advice as well as increase their knowledge as future wealth and job creators.

"But at a time when businesses are looking for certainty and confidence in trading conditions, none of the major parties are particularly strong at championing entrepreneurship.

"In this election I feel the parties have focused on vote-winning public services such as NHS and police over enterprise and industry. I hope this decision doesn't come back to bite the economy with high spending promises that can't be delivered as they rely on a bedrock of strong performing small firms."

Put your questions directly to the parties at the 2019 General Election Small Business Debate in London on 25 November. Register with event code ENHUSTING here.