Today Enterprise Nation launches the Home Business Report, in association with Direct Line for Business. It shows 2.9m homepreneurs delivering Â£40bn to the local economies in which they live and through outsourcing work, being on track to create up to five million freelance jobs. Contrary to popular belief, the self-employed are not earning less than employees and given the choice, the majority of home business owners would remain self-employed, and at home.

The Home Business Report reveals the role of home businesses in the British recovery has been under-estimated. Far from being reluctant low-paid hobbyists making little economic impact, the report reveals home based business owners are highly-skilled, highly-educated individuals who are playing a critical role in driving local economies, contributing more than Â£300bn annually to the national economy. 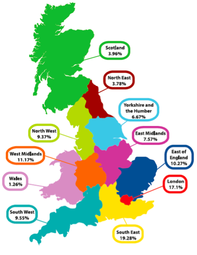 According to the Office for National Statistics (ONS), the predominant occupations amongst the self-employed in the UK are construction and the service industries. However the report shows the top sectors for homepreneurs as creative, business services and professional consulting including law, science and engineering.

"There has been no thorough research into home businesses since 2009 and so any assumptions to date have been made on limited evidence. This report finally shows what we've understood anecdotally for a while - that homepreneurs are not low-paid hobbyists, they are not being forced to operate under zero hours contracts or longing to get back into the world of employment.

"Instead they are experienced professionals who are using their skills to create value, spend more time at home and money in their local environment while avoiding the financial and time costs associated with holding down a job.

"They are trading nationally and internationally and this diversification both protects them and means their growing contribution will help speed the UK's economic recovery."

"The results of the Home Business Survey clearly show home based businesses are thriving. They are keeping costs low in starting and growing from home and maximising sales opportunities by leveraging technology. In deepening our understanding of this large and growing sector, Direct Line for Business can play a role in ensuring home based businesses get the relevant support and insurance products they need to protect their business and keep on growing." 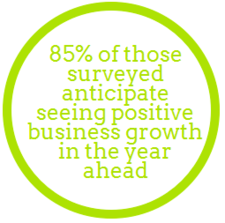 While 64 per cent are women, only 28 per cent of these had children under 10, dispelling the myth that women homepreneurs are motivated to start-up by childcare duties. The top national sector for female homepreneurs is the creative services, and the region with the highest concentration of home-based female-owned businesses was the West Midlands, at a staggering 83.3 per cent. Figures also showed businesses based here had more international customers and were more experienced, with 50 per cent having run a previous firm. They were also less likely to employ or outsource.

The East of England shows highest concentration of male-owned home businesses at 40 per cent and here homepreneurs were more likely to be working on their business part-time, while holding down some form of paid employment.

The South West is one of the most heavily populated by young homeprenuers - an interesting insight given the fact that the region has the oldest population in the UK (ONS, 2013a). Currently, 41% of the total owners in the area fall within the age range of 18 - 34 years. Most have been established within the last two years. They specialise primarily in the creative industries. Another popular location for the younger home business owners is the North West region, where 53% of those surveyed were aged between 25 and 44.

When asked why they started a business, the top answer from all homepreneurs was that it was a lifelong ambition, a chance to exploit an opportunity or a gap in the market or thirdly insecure feelings about a previously-held job.

They are also an optimistic group, with 85 per cent expecting to see growth in the next 12 months, most indicating double digit figures were likely. Interestingly they are not dependent on local consumer markets for growth, a third of them trade internationally and an equal number trade nationally.When asked why they started a business, the top answer from all homepreneurs was that it was a lifelong ambition, a chance to exploit an opportunity or a gap in the market or thirdly insecure feelings about a previously-held job.

But they are also inexperienced in the world of business. For 69 per cent of them, this was their first taste of running a company. For the majority the main source of business advice comes from their local professional network, trade websites or friends and family.

Asked if they could access one thing to help their business to grow, the overwhelming response was a mentor. But they are also inexperienced in the world of business. For 69 per cent of them, this was their first taste of running a company. For the majority the main source of business advice comes from their local professional network, trade websites or friends and family.

The results of the Home Business Report will be discussed today at a roundtable with home business owners and policy representatives taking place in the Enterprise Nation wing of Somerset House.