Back in November, Twitter opened up its self-service advertising platform for small businesses. Previously you needed to be a big brand with big budgets in order to utilise Twitter's promoted options. Now any business, with any budget can get involved.

So, how does it work?

There are three main areas for you to advertise in Twitter. The first option allows you to pay for your tweets to appear in your target audience's newsfeed. These Promoted Tweets look like regular tweets but the word Promoted will appear underneath your message and a symbol of an orange arrow, which signifies that it has been paid for. You can see this in the example from O2. 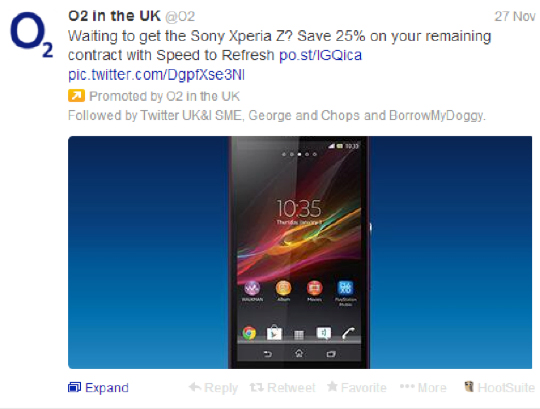 You can also pay for your adverts to be seen at the top of the Twitter newsfeed when someone searches for a key term. For example Cadbury has recently been promoted its competition to Twitter users searching for the keyword Christmas. 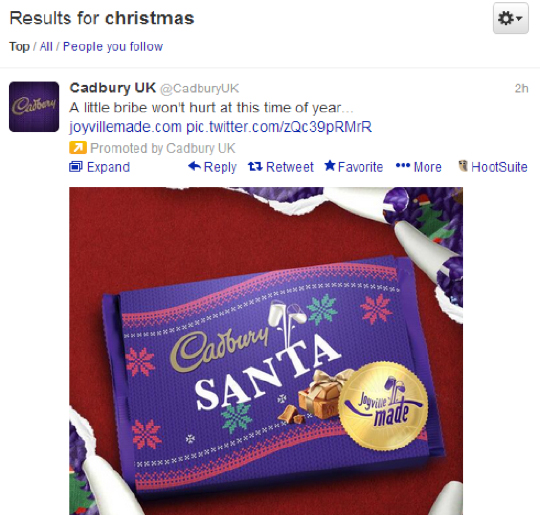 Secondly, you can become a Promoted User, which means you will appear in the Who To Follow box, on the left hand side of your selected audience's newsfeed. The Who To Follow box gives users the name and profile picture of three recommended accounts to start following. If you pay to appear here, the word Promoted will appear next to your name with the orange symbol. 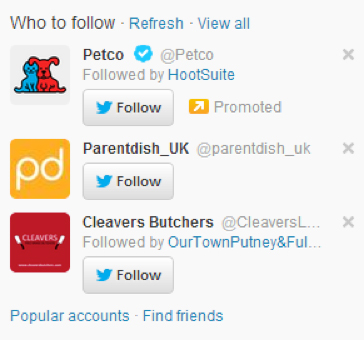 Finally you can pay to become a Promoted Trend. Twitter compiles the top ten most popular topics and places them prominently next to a user's timeline, so they get mass exposure. By paying to become a trend you will appear at the top of the box, again with the orange symbol next to your selected trend.

Who can you target?

Twitter's targeting options allow you to get your messages seen by the audience most relevant to your business. You can break down your audience by location, gender, and generic interests of your audience. You can also target users depending on keywords they have used in their timeline. Perhaps the most interesting option is the opportunity to target people who are similar to an @username's followers.

So, for example if I was looking for people interested in setting up new businesses, I could target Enterprise Nation's (@e_nation) followers and my adverts would be seen by people who have similar interests to them.

How expensive is it?

You can decide how much you want to spend by setting a budget for your campaign. This could be as little as Â£20, although to really understand what works it's recommended that you try different target audiences and find out which brings you the best results.

If you are looking to boost your followers quickly, or get an important message out about your business this could be a cost effective way of doing it. Definitely worth exploring!

Find out more at Twitter.com