The government has revealed how finance from the UK Shared Prosperity Fund (UKSPF) will be allocated across the UK as it replaces the funding previously provided through the European Union.

In total, £2.6bn will be provided, with £1.58bn for England, £212m for Scotland, £585m for Wales and £127m for Northern Ireland over the next three years, the Department for Levelling Up, Housing and Communities said.

The full regional breakdown for funding in each area of England, Scotland, Wales and Northern is here.

The fund, part of the government's 'levelling up' strategy, includes £559m for the UK-wide Multiply adult numeracy programme. People with no or low-level maths skills will be helped to get a job with free personal tutoring, digital training, and flexible courses.

The government said the new system will be "more flexible and locally led" than the EU funding it replaces, and "bureaucracy will be slashed". Instead of regional agencies, "funding decisions will be made by elected leaders in local government, with input from local members of parliament, local businesses and voluntary groups".

The funding has been allocated according to a "measure of need, including factors like unemployment and income levels".

Local areas will draw up plans on how they will spend the money. "This could include regenerating rundown high streets, fighting anti-social behaviour and crime, or helping more people into decent jobs," the government said.

"We have taken back control of our money from the EU and we are empowering those who know their communities best to deliver on their priorities.

"The UK Shared Prosperity Fund will help to unleash the creativity and talent of communities that have for too long been overlooked and undervalued.

"By targeting this funding at areas of the country that need it the most, we will help spread opportunity and level up in every part of the United Kingdom."

During 2014-20, the UK received an average £1.5bn in EU structural funds each year. Under UKSPF, that amount won't be reached until 2024. However, the government said this still delivers on its commitment to match previous levels of funding because the UK will continue to receive EU funding until 2024.

There has been some initial criticism. A Welsh government spokesman told the BBC that SPF will leave Wales "with less say, over less money".

"It remains the case that Wales will lose more than £1bn that could have been used to grow the economy and support some of our most disadvantaged communities," he said.

"The UK government has undermined devolution by failing to give the Scottish government a decision-making role - which ultimately fails to meet the needs of Scotland’s communities."

According to the Financial Times, in 2024-25 English regions will receive a total of £78m less in real terms than under the EU.

Emma Jones, founder of Enterprise Nation, said: "We are pleased to see that local businesses will have a say on how funding is spent so the businesses for whom the funding is aimed can influence its use.

“We have long believed that public money could deliver a better return on investment if applied to the areas that need it most and we look forward to offering insight from the Enterprise Nation platform on the types of support local businesses are searching for so support gaps can be plugged and the right support directed at the right businesses at the right time. The Shared Prosperity Fund offers an opportunity to deliver more evidence based and targeted support to the small businesses of Britain at a time when they need it most.”

The aims of the UK Shared Prosperity Fund

In the full funding prospectus for how local authorities and others allocate the funding, the government says the three key aims of the UKSPF are as follows: 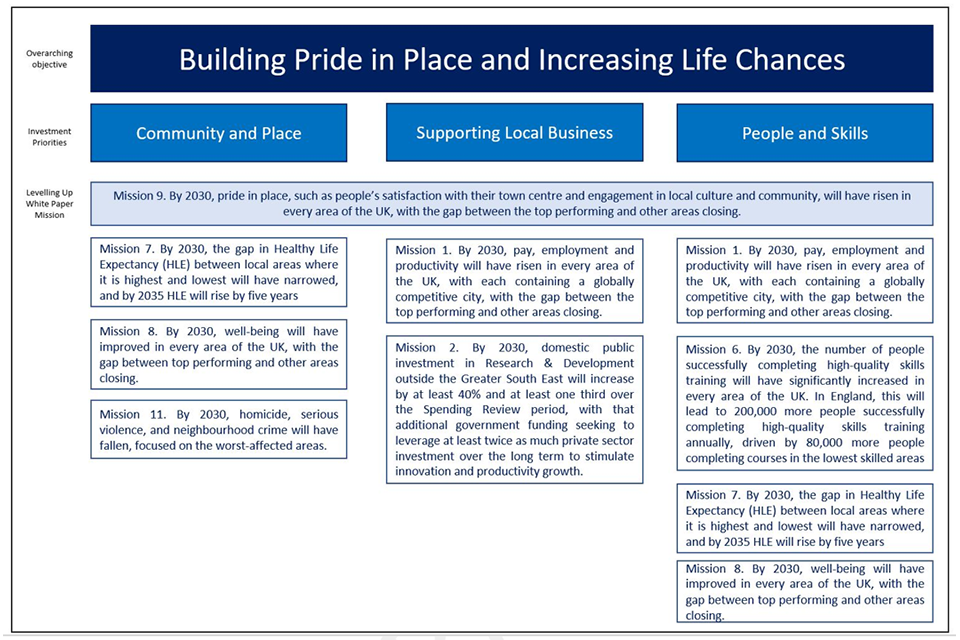 On supporting local businesses, the fund is focused on: 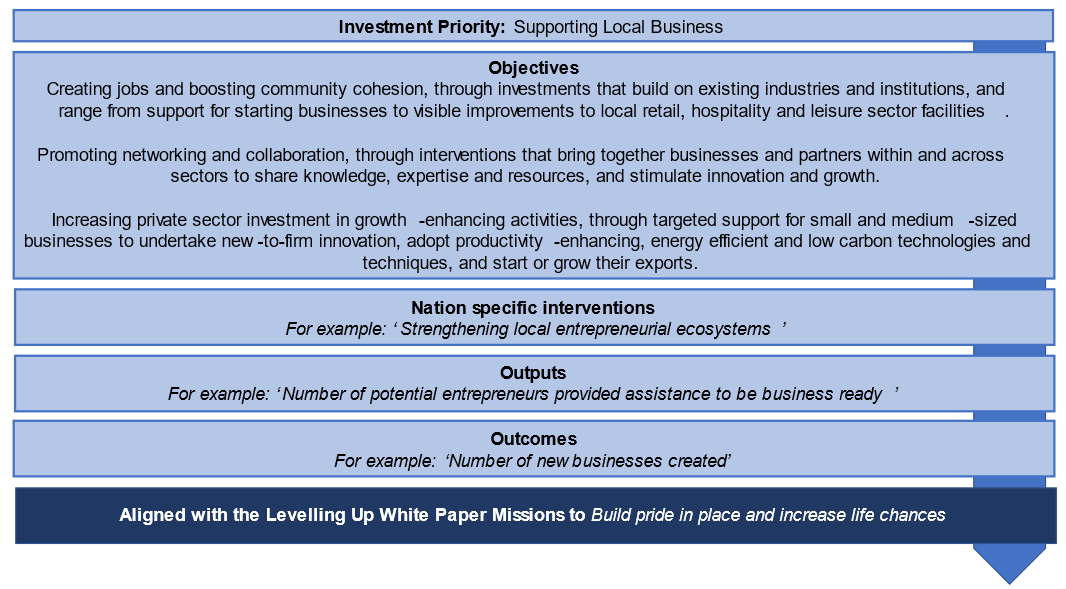