Learn somethingLiz Truss resigns: The contenders for the new prime minister and what they have said about small businesses
Business news

Liz Truss resigns: The contenders for the new prime minister and what they have said about small businesses

After a very turbulent 45 days in UK politics including a mini-Budget of controversial announcements and the reversal of most measures three weeks later, Liz Truss has resigned as prime minister. Another Conservative Party leadership contest will now take place with the new prime minister, the third in four months, announced on 28 October.

How the Conservative leadership contest works

Tory MPs have until 2pm on 24 October to gain the support of at least 100 Conservative politicians. If only one person gets enough support, they will become the new party leader and prime minister.

If there are three candidates, the result will be announced at 6pm with the candidate with the fewest votes eliminated.

An indicative vote will then take place between 6.30pm and 8.30pm, with the result unveiled at 9pm.

If no candidates pull out of the race after all the ballots and two remain, they will go forward to an online poll by Conservative Party members. That ballot will close at 11am on 28 October with the final result announced later in the day.

The BBC is tracking how many nominations MPs have received here.

The following MPs have officially confirmed they are standing for leader. 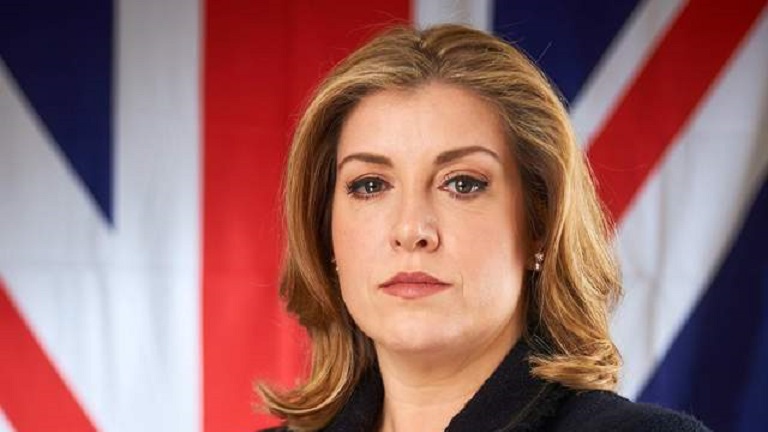 Penny Mordaunt stood in the last Conservative leadership campaign during the summer.

The MP for Portsmouth North and leader of the House of Commons has a varied background including working as a magician's assistant and appearing on ITV's celebrity diving show, Splash. According to her website, she also ran her own business which she sold.

Speaking to the Telegraph, Mordaunt said she would keep Jeremy Hunt as chancellor if she becomes the new leader. She told the newspaper:

"We owe it to the country to have a detailed plan of how we will deliver. It is not enough to tell people we understand their issues. Our success should be measured in whether people really feel that we can support them.

Speaking on the BBC’s Sunday with Laura Kuenssberg, Mordaunt said she will stick to announcing the fiscal plan statement on 31 October.

During the last leadership campaign, the former international trade minister said: "Our leadership has to change. It needs to become a little less about the leader and a lot more about the ship."

The economic situation has changed dramatically since the last leadership campaign but during the summer, one of Mordaunt's promises was "an immediate" 50% cut in VAT on fuel.

Writing in the Telegraph, Mordaunt said:

"We should not get stuck on superficial questions on tax and spending. Whilst I will cut taxes, I will pioneer sound money, with a key fiscal rule to ensure that debt as a percentage of GDP falls over time and roll out further development corporations that will drive growth in local communities across the country."

She added that she will focus her work on "investment, infrastructure, incentives and innovation".

On the environment, Mordaunt has signed a pledge committing to net zero by 2050.

I’ve been encouraged by support from colleagues who want a fresh start, a united party and leadership in the national interest.

I’m running to be the leader of the Conservative Party and your Prime Minister - to unite our country, deliver our pledges and win the next GE.#PM4PM pic.twitter.com/MM0NTHJ5lH 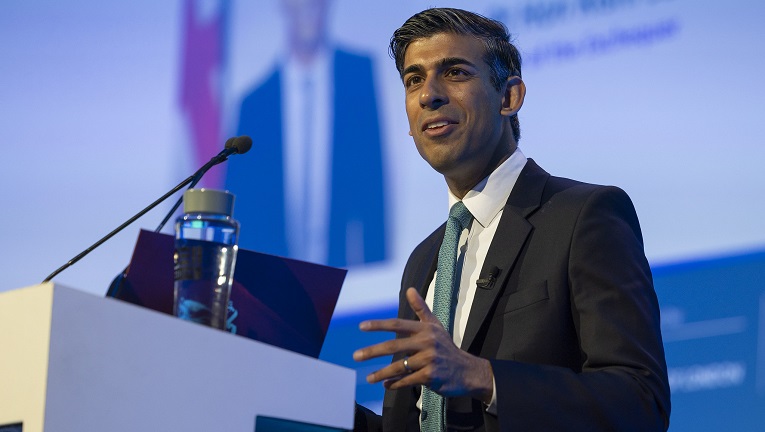 Rishi Sunak, who resigned as chancellor while Boris Johnson was prime minister, came second to Liz Truss in the last leadership contest.

The United Kingdom is a great country but we face a profound economic crisis.

That’s why I am standing to be Leader of the Conservative Party and your next Prime Minister.

I want to fix our economy, unite our Party and deliver for our country. pic.twitter.com/BppG9CytAK

"Someone has to grip this moment and make the right decisions. Do we confront this moment with honesty, seriousness and determination or do we tell ourselves comforting fairy tales that might make us feel better in the moment but will leave our children worse off tomorrow?"

Sunak said he stood by the tax rises he announced as chancellor. They included a National Insurance increase to fund the NHS and social care and a rise in corporation tax from 19% to 25% in 2023.

The increase in National Insurance has since been scrapped by the government. The corporation tax rise was reversed but then reinstated.

Sunak described Truss' plans for immediate tax cuts as "immoral". He promised to "deliver tax cuts that drive growth" but only "after we've got a grip of inflation".

"We have to tell the truth about the cost of living and that there is no answer to this problem other than to grip inflation and bring it down. Rising inflation is the enemy that makes everyone poorer and puts at risk your homes and your savings."

"And we have to tell the truth about tax. I will deliver more tax cuts. I've already made real progress as chancellor, but I will not put money back in your pocket knowing that rising inflation will only whip it straight back out."

On 1 August, Rishi Sunak pledged to cut the basic tax rate from 20% to 16% within seven years if he is appointed prime minister. This builds on his announcement as chancellor to reduce income tax by 1p in April 2024. He described the policy as "radical" but "realistic". Sunak said:

"Firstly I will never get taxes down in a way that just puts inflation up. Secondly I will never make promises I can’t pay for. And thirdly I will always be honest about the challenges we face.

"Because winning this leadership contest without levelling with people about what lies ahead would not only be dishonest, it would be an act of self-sabotage that condemns our party to defeat at the next general election and consigns us to a long period in opposition."

New chancellor Jeremy Hunt has since reversed the plan to reduce income tax and said it will remain at 20% "indefinitely".

Sunak, who voted leave in the Brexit referendum, vowed to scrap or reform the EU laws still in place in the UK by the time of the next general election. He promised to make the first recommendations for which rules should be reformed or scrapped within 100 days of becoming prime minister.

On the environment, the former chancellor signed a pledge committing to net zero by 2050.

On boosting the UK's high streets, Sunak pledged to cut the number of boarded up shops by 2025 if he becomes prime minister. He said he would build on proposals in the Levelling Up and Regeneration Bill to make it easier for local authorities to take control of empty commercial properties so they can be repurposed. He also promised to increase police powers in public places and double fines for graffiti and dropping litter in town centres.

At a hustings in Darlington on 9 August, Sunak committed to extending the current 50% cut in business rates in England. He said supporting high streets would be "top of my mind" should he win the leadership race.