Kohl Kreatives founder Trishna Daswaney: 'I've gone through it all'

The Enterprise Nation community is fantastically diverse. Our 30,000+ members come from every conceivable background, and their paths to small business success are often underpinned by some pretty inspiring stories.

It's time to bring some of these to life. We're starting with beauty entrepreneur (and recent Dragons' Den participant) Trishna Daswaney, whose business - Kohl Kreatives - is founded on core principles of community and inclusivity.

Her journey has been anything but smooth. School was tough. She had to adopt an alias to get heard. Even when she launched a genuinely innovative product, recognition wasn't forthcoming.

But Trishna remained resilient and, well, things eventually came good. Just don't ask her about that question from Deborah Meaden…

Trishna, tell me what inspired you to launch Kohl Kreatives?

At school in Hong Kong I felt awkward. I was bullied. I was severely affected by my appearance. I just didn't look like the other kids.

Later, I started wearing eyeliner. It became like an armour. From that point onwards, whenever I had to be around people, I wore make-up. It just made me feel secure.

When I went to university, I thought 'If make-up makes me feel good, it can make others feel good.' There was a moment watching My Sister's Keeper on a flight between Hong Kong and London. Kate, the main character, has cancer - but there's a scene where she dances at the hospital prom, and you'd never know it. She looks amazing.

I realised there were people with vitiligo, alopecia, burns and scars - all manner of physical issues, really - who felt disempowered. So I decided to train as a make-up artist and run free workshops in my free time.

I later realised there was business potential, so I applied for the Tier 1 (Graduate Entrepreneur) visa. To be successful you have to write a business plan and pitch it. One of the first questions was: 'How are you going to make revenue?'

I planned to run two types of workshops: paid-for and free. The latter catered to people transitioning gender, as well as those undergoing chemotherapy. The former were run at universities, but if I was going to scale it was obvious I needed a product.

Did you have an idea in mind?

I initially wondered how to create something that fits with my values. It had to be genderless, colourless, cruelty-free, sustainable. 'What I'm going to do,' I thought, 'is create a make-up brush'. Though from two different angles.

First came the Shapes Collection: seven brushes for different applications, all of which are designed to be easily held. They're great for people with dexterity issues. 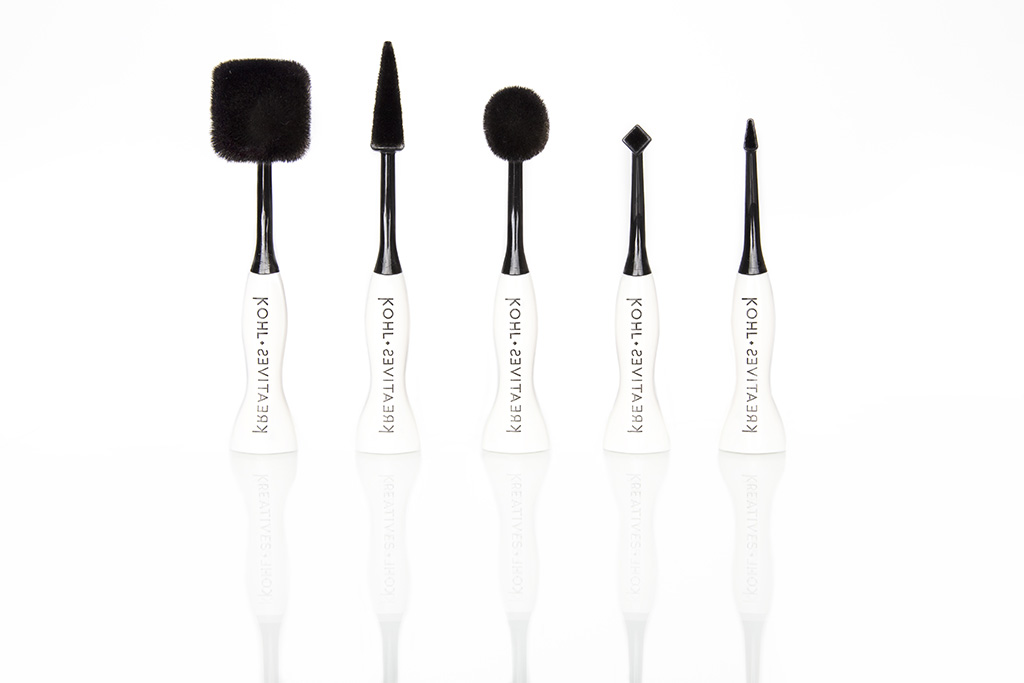 Then came the Flex Collection: five brushes that bend all the way forwards and backwards, allowing users to apply make-up in a way that's comfortable for them. They're especially good for people with motor disabilities.

I was worried that, if I launched the Flex Collection first, people would freak out because they wouldn't know how to use the brushes. I could see them being sucked up into a 'niche' bracket. Because I've seen this happen before, I think it creates issues for new and emerging ideas. It actually hinders the process of innovation.

The whole point, though, was to create a series of brushes that everyone wants to, and can, use - able-bodied people, people with motor disabilities, those who are transitioning gender. For me it's all about fostering a more diverse, inclusive community. I don't want to say 'Oh, you have this disability, this is the brush for you.' I want everybody, regardless of ability, to be able to use the same products.

How were your make-up brushes received?

While I launched them in 2017 and 2018, recognition only arrived in September 2019. I feel like the world wasn't ready for them yet.

A lot of that comes down to the media. In order for people to process something, they have to see it seven times. Without the media understanding, the consumer doesn't understand.

You almost get stuck in a vicious cycle where you innovate, but you have to challenge people into understanding how they're going to use the innovation. My products don't look conventional; they look weird. People have to move from a straight, standard make-up brush to one that bends.

Do you feel that, as a person of colour, your experience of launching a business has come with additional challenges?

I feel like I've gone through it all. I think that being a woman and being young - which few people really talk about - can make things hard. I've been in so many situations where I've been nervous about people asking my age.

But yes, I wasn't getting anywhere with my name. In the early days I sent cold emails to buyers and never once had a response. I wondered if it was my name, so I decided to create an alias. His name was Grayson. He emailed exactly the same thing I did. The first reply came in before 9am.

How did that make you feel?

Grayson it is. If Grayson gets you a foot in the door, Grayson it is. I really wanted this to be successful, and I was prepared to do whatever it took. But obviously it's sad at the same time, particularly as I was emailing women.

I don't have to use Grayson anymore, so maybe things are getting better. I haven't even thought of doing it in two years.

Because you run an inclusive business, do you feel a responsibility to speak up on behalf of your customers?

Of course. 100%. I'm not a brand that just says 'I support this community'; I travel around the world visiting community centres and getting to know transitioning teenagers. What horrifies me, on a human level, is that people can abandon their children because they're trying to make themselves more comfortable. There's also the political element – trans people's lack of rights. I will do everything I can to champion these.