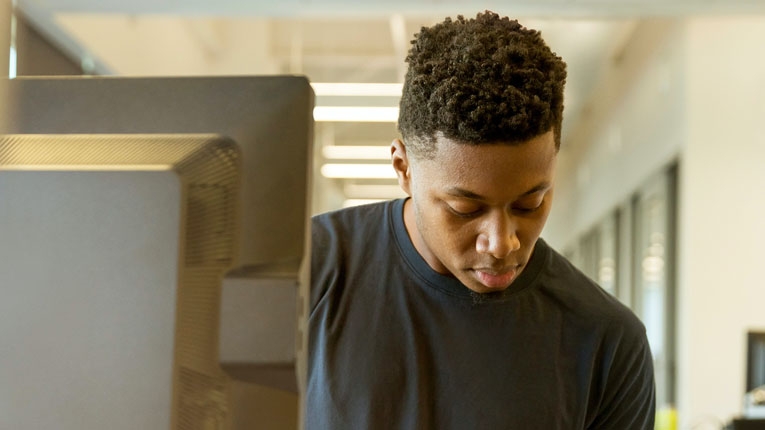 One of the most common challenges that I've seen in the self-employed industry is overcoming self-doubt. People call it imposter syndrome, lack of self-confidence, negative self-talk, etc.

Doubting yourself while trying to market yourself is quite difficult, as you can imagine. So let's talk about it. Where does self-doubt come from? How does the vicious cycle work? And more importantly, how can you overcome it?

Where does self-doubt come from

Where it comes from is often not as important as what you do about it. For some people, it's easy to trace it back to past conditioning. But there are others with a seemingly perfect past, who still develop self-doubt. A client of mine, whose self-doubt developed into an eating disorder, found comfort that she didn't need to know why it happened. All she needed to do is to move on from the present. For some of you, this is the way to progress. Stop trying to psychoanalyse yourself. You are in self-doubt and that's just the way you are now. It's your decision to move on from it.

But some of you may want to know, so let's talk about where self-doubt usually comes from. Self-doubt usually comes from past conditioning. Someone in your past has somehow made you believe that you're not good enough or not worth it. You may not immediately remember when or where it happened, or who influenced you to think that way, but usually if we dig deep enough, we'll find that one incident, that one interaction, that made you lose confidence in yourself.

By taking you through your past memories, we usually identify a pattern that you've been living. For some people, their conditioned self-doubt has made them repeat the same mistakes over and over again. It could be repeatedly attracting the wrong life partners, making the same mistakes in business, or building habits that harm your physical or mental health.

Over time, a vicious cycle is formed. Because you believe you're not good enough, you remember failures more than successes. You choose to dismiss positive beliefs and identify with negative ones. When you succeed, you say "I'm just lucky," and when you fail, you say, "That's who I am." And because you radiate an energy of self-doubt and insecurity, other like-minded people start to be attracted to you. Birds of a feather flock together. You reaffirm each other and defend each other against positive people. Your little self-doubt bubble is formed. Strong positive people get tired listening to you and they move away.

As you move through different phases in your life, these weak people become not only your friends, but your spouse, your business partners, etc. It becomes harder for you to succeed in life and business, because you drag each other down. Neither of you can stand independently or inter-dependently, so you live dependent of each other, leaning on each other for security, feeling needy and frequently tumbling back into bad habits. And because it's hard to achieve anything in this type of environment, your belief that you are truly a failure is re-affirmed. This is how the vicious cycle spirals you down into an endless negative abyss.

How can you overcome self-doubt?

So how do you overcome it? Let me just tell you about a client and let's just call her Sarah.

Sarah had a happy childhood until she went to boarding school, where in an effort to exert discipline, her teachers frequently made her feel that she was not good enough. She grew up with that belief and attracted a husband that abused her. Each time he did that, he told her she was not good enough. She was strong enough to end the relationship, and met a community that boosted her confidence.

For a while, her business soared and she achieved amazing quantifiable results. She then got into another relationship, where she was made to feel like she was not good enough. Her business tumbled and when I met her, she was again in self-doubt. She rejected good business ideas and procrastinated on activities that she knew would be good for her business.

So basically, her self-doubt was manifested in self-sabotage. Although she had ended her second relationship, her self-doubt still had power over her. So what was the awareness that helped her snap out of it?

Her self-doubt did not come from her. It came first from her teachers, then her two husbands. She was told that she wasn't good enough. But the fact is, she was good enough. She had proven with hard facts that she could achieve amazing results in her business. But she didn't yet know how to differentiate between the voices of the past and the hard facts of her achievement.

So I asked her, "When you say you're not good enough, whose voice is it actually? Do you really believe it's your voice, or are you just repeating what your teacher and husbands told you?" She started to be aware of the difference, but she couldn't verbalise it in an answer yet. So I asked her another question, "Did you really achieve those amazing results? Was that a fact or an opinion?" She answered that one quickly and easily, "Oh, it was a fact. I mean, my revenue shot up. So it really happened."

I continued, "Was it just one time, or did you do it consistently?" She answered the latter. So I repeated my first question, "So when you say you're not good enough, whose voice is it actually? Do you really believe it's your voice, or are you just repeating what your teacher and husbands told you?" This time, she was ready to answer, "It was their voice, not mine." I sealed it with, "Facts don't lie. Opinions, however, are debatable."

How to shift to a new belief

A belief is like a tabletop. It needs legs to stand. And legs of a belief are proof. If you've been listening to negative opinions, focusing on your failures, and discounting your achievements, then you've been using the wrong legs to support the wrong beliefs. So, if you want to shift to a new belief, you need to collect new proof that you are indeed good enough.

There are many other reasons and interventions to help people overcome self-doubt. Obviously, it's hard to write them all in depth in one article. If you found this helpful, please share it with your community. You never know who's hiding their potential in the self-doubt closet. They may look alright, but they're screaming for help. Maybe this will shine some light.

Cynthia Wihardja is a trusted Enterprise Nation adviser who combines her skills in psychology and practical business strategy to help entrepreneurs' sales and marketing efforts. Discover more by connecting with her.

Cynthia Wihardja
Founder
The Brave Zone
With 20+ years leading and transforming businesses in emerging economies, uncertainty is an everyday thing.  I combine my skills in psychology & practical business strategy to guide entrepreneurs see & solve their issues from multiple angles.  I now guide self employed professionals to find their genius, remove the limits that block them, and sharpen their marketing approach.