The government's coronavirus support scheme for the self-employed is to be extended with a second grant of up to £6,570.

Leading the government's daily briefing, chancellor Rishi Sunak said the Self-Employment Income Support Scheme (SEISS) will continue beyond this Sunday when it was due to close. Eligible people have been able to claim a grant of up to £7,500 for March, April and May.

Campaigners pushed for the scheme to be extended like the Job Retention Scheme (JRS), which covers 80% of employee wages. That scheme now runs until October.

Sunak said SEISS will be extended with applications opening in August for a second grant of up to £6,750 that covers 70% of trading profits in June, July and August.

The government also says individuals can continue to apply for the first SEISS grant until 13 July.

For JRS, the chancellor announced the following:

Businesses will also be able to bring back furloughed employees part-time from 1 July, earlier than planned.

The furlough scheme will close to new entrants on 30 June, with the last three-week furloughs before that point commencing on 10 June.

Limited company directors are also able to use the scheme to cover any salaries they pay themselves through PAYE.

Reaction to the chancellor's announcements

Emma Jones, founder of Enterprise Nation, said: "Many firms have been telling us they would like to allow their employees to work part-time but have been prevented from doing so because of scheme rules.

"The new flexible furlough from July is good news in that regard and will help founders to slowly re-introduce staff back to the workplace whilst generating the revenue to pay them.

"The taper is much more generous than we had expected and gives more breathing room for firms to build up custom, with an eye on November when the scheme ends."

Sidonie Warren is the founder of stationery retail business Papersmiths. She has furloughed her 33 employees. The entrepreneur said: "I've put together a projection for starting to reopen our stores from 15 June. We're working to the assumption of a 40% reduction in turnover.

"We'll be reducing our opening hours and bringing staff back gradually. As consumer confidence and spending increase, bringing the team back will become more viable.

"There's no doubt about it, the furlough scheme saved our team's jobs. It's given us breathing space. Now it's time for us to adapt to new conditions, whatever that might entail, whilst protecting jobs and the future of Papersmiths." 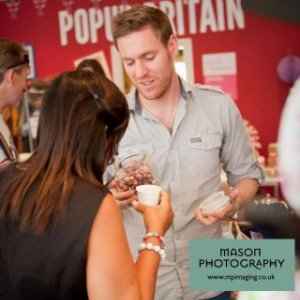 Mike Turner, co-founder of Bird and Blend Tea Co, has also used the Job Retention Scheme for his chain of tea shops. He commented: "The furlough scheme was the single biggest piece of support that protected our business alongside many others.

"That said, our biggest frustration, both as a business and for team members, has been the lack of flexibility.  We had a lot of team members who wanted to do some work, but we couldn't justify bringing back full time.

"For example store managers wanting to spend time preparing training materials or team members wanting to get involved with our marketing team.  As we plan to reopen, we were having to select a small number of team members to totally unfurlough rather than everyone coming back for part of the time which team members may prefer.

"The flexibility announced today will allow us to start getting our teams back involved in a far more sensible way.

"Employers' contributions were inevitable.  Without this, there was less of an incentive to bring people back to work, or in some cases, have conversations with individuals about whether their roles could still exist. The phasing will allow that to be done slowly, letting employers and team members work together to do it in a way that works for them, in particular for those sectors that will not be open in a meaningful way for some time."