Ahead of his speaking appearance at StartUp 2022 on Friday 21 January, Enterprise Nation’s Ryan Elliott sat down with Cemal Ezel, a CEO like no other.

One of Cemal’s many endeavours, Change Please, provides jobs and housing to people who are homeless, while training them to be coffee baristas, amongst other rehabilitation and support.

To listen to Cemal, as well as many other experts within UK business, be sure to secure your StartUp 2022 tickets now.

You’re an entrepreneur who helps makes real, tangible differences to other people’s lives – tell me a little more about how that came about...

“For me, I think successful businesses are borne out of a sense of frustration; trying to fix that frustration and find a solution for it.

“And for me, I fortunately had a lucky break in finance and was able to have a role in what I thought was my dream job. But then the counter of that was, whilst some people were doing very, very well, you saw the other side of the coin where others were being made homeless and not being looked after and supported by society, especially in central London where every day on the way to work, you see people who are homeless and rough sleeping.

“I wanted to level that frustration of not knowing what to do, not knowing how to help, seeing people who are in despair, and in most instances, people are going to overlook them.

“It was about how I can turn that frustration into something which can change the way we perceive and tackle one of the world's biggest problems. I think that was my fire, my motivation and my reason for setting up Change Please.

“Over the last six years, seeing on a daily basis the people that we support, who are homeless—their challenges and the issues that they face—gives you even more motivation to keep pushing harder and innovating.

“You can then travel and see more problems in the US, in Australia, France, Germany and Ireland, and we've now opened in all those countries. We're now in eight countries around the world - doing the same mission, tackling homelessness through selling coffee and training people to be baristas.”

Is there anything you’re particularly proud of when it comes to your enterprises? I’m sure it’s a long list!

“I think the pride part is having an idea and seeing your team—the team that work for you, your family, who share that vision—deliver it, execute it and fight for it every day.

“Yes, the people we support, that makes me proud, but for me, there’s nothing more beautiful than having a whole group of people who have gone through things like coronavirus together, the hard times and those redundancies, and we've come out fighting together and delivering and executing.

“It's easy for me to have a crazy idea, but it's much more difficult to execute it. That's what really makes me proud - seeing the whole team executing that and fighting for that mission on a daily basis.”

You no doubt inspire many budding entrepreneurs who are also interested in setting up similar businesses – what pieces of advice would you give them?

“I would really recommend that people understand what their motivation is at the beginning; what their fire is, what their sense of frustration is, what problem they are trying to solve, and why it’s important for them.

“Because fundamentally, there'll be many moments and incidents that try to knock you over and unless you really understand your own personal motivations then you're not going to be in a strong enough position to withstand that pressure.

“So, starting from a point where you understand exactly why you want to do something, and your motivations, I think is really important.

“Because a lot of people have an idea and then they don't - they're unrealistic about the challenges that they're going to have to go through. When those inevitable challenges come, it’s being able to hold on to those roots and those moments to give you the strength to keep going. Otherwise, you'll get knocked over.” 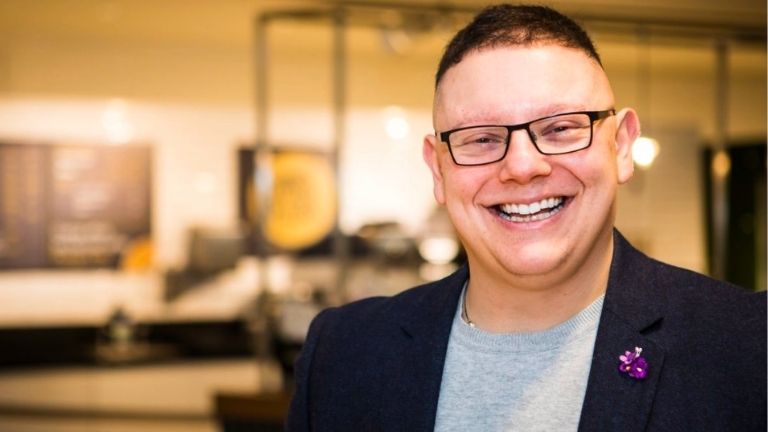 What are the biggest mistakes you’ve made?

“Not regularly self-auditing myself and my skill sets – it’s fine being willing to take over and get a job done, but the message that it sends to the rest of your team is huge, and what ends up happening is that people switch off a little, 10 or 15%, because they know that someone else is going to pick up the slack, and then that puts too much pressure on you as CEO or co-founder.

“So, for me, it’s a classic issue of a founder and an entrepreneur. It’s really knowing what your team can do and allowing yourself to take a step back and let someone else deliver - I think that's key.”

Let’s move on to StartUp 2022, as you’re one of our marquee speakers. Can you give us a flavour of what you're planning to talk about at the event?

“For me, it's about how you can incorporate social purpose and environmental impact into even standard for-profit businesses.

“I just think it needs to be a prerequisite. I can't imagine another coffee business in Europe that's grown as quickly as us in the last four or five years. And the reason we've grown that quickly is because we put social purpose at the heart of what we do, and now environmental impact.

“So, if someone's out just to make money, a quick buck, then that's fine. But I think you'd make a quick buck if you just incorporated some impact in that journey at the same time.

“And there are many ways to do that, it's really about making people think how they can incorporate environmental and social sustainability into their business models, and what the upside could be from a commercial perspective, allowing the social and environmental benefit to be a bonus.”

Finally, what are your plans for the future?

“We’re now growing in the US at a crazy speed. There’s a lot of international expansion as well as UK growth.

“We have just acquired a company and taken over 55 location sites, so more acquisitions and international growth. We’re launching a whole new range of products, from coffee and toilet paper to digital advertising.

“And it goes back to that point around social impact and how there's a huge opportunity to integrate it into a standard business – I think that's how you get a complete USP in a market that's already saturated. That’s our kind of growth.”

StartUp 2022 takes place in the UK on Friday 21 January. Buy your tickets today and hear from over 100 expert speakers, including Cemal.