Learn somethingBami Kuteyi: 'The ladder was never made for us in the first place'
Member stories

Bami Kuteyi: 'The ladder was never made for us in the first place'

In 2016, Bami Kuteyi started Bam Bam Boogie - her own dance fitness company. Not long afterwards, she became a social media sensation. Now, she's not only a wildly successful entrepreneur, but a role model to tens of thousands of women around the world.

Bami's story isn't a straightforward one, however. Bam Bam Boogie was born of her feeling like an imposter in the corporate world. Because she was an ambitious young Black woman, she suffered. She spiralled, in fact. But that's when dance - that great leveller - came to the rescue.

Bami, you opened the Festival of Female Entrepreneurs back in October by sharing your experience of being a Black woman about to climb the corporate ladder - and how this led to the idea for Bam Bam Boogie. Could you share that story again?

"In 2015, I got a job at Google. I was excited to move from my home in Toronto to Dublin. I thought it was going to be something like The Intern, with slides at work. But on my 'Noogler' day, I realised I was the only Black person in my cohort of approximately 30.

"There was that feeling of 'Oh, this is different. I'm being brought back to a space I haven't been in for a long time.' It made me feel like an imposter, especially when I went to my floor and met my team for the first time. They said, 'Oh, you're the new Stephanie.' I realised she was the other Black girl in the team, who'd just left.

"I felt like I was the replacement, which made me very anxious. Was I being watched harder? There was a lot on my mind when all I wanted was to be a fun new person starting a new job. 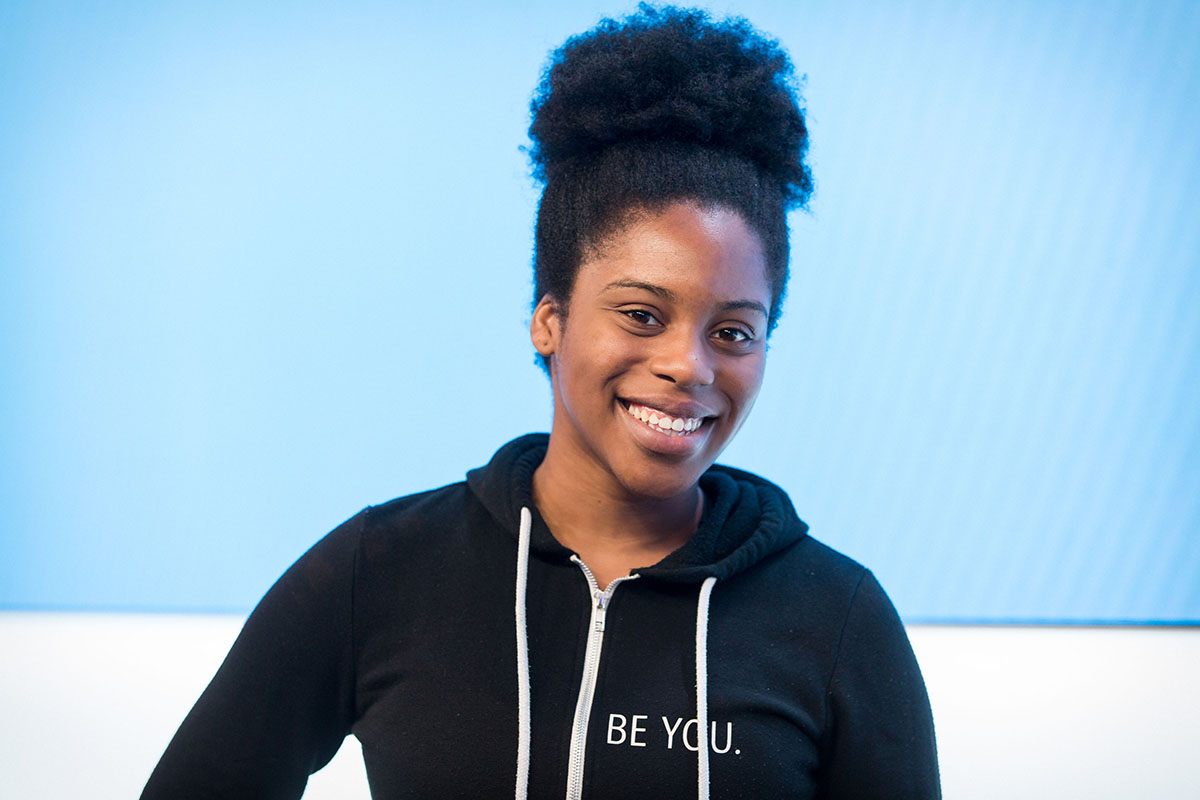 "I went into a kind of spiral. When we went out for work drinks… it's like, I don't want to go to the pub. I don't even like the pub. It just felt like I was being pulled into a culture that I didn't fit into.

"So for the first six months I'd work and go home. It wasn't until I started the Bam Bam Boogie community at Google that I started to feel a sigh of relief, that I could finally be myself."

How did you go about setting it up?

"I started it in May 2016. This was when I just felt like, you know what, I've had enough of this depression. I wanted to make something better of my life, so I decided to start the classes.

"I spoke to the gym managers, who told me to give them a name. I put 'Bam Bam Boogie' down. It relates to me - I'm Bam Bam, and I'm dancing. From there my whole life changed.

"I'm not a fitness person, deep down. It was just the best way for me to translate my feelings, and with dance everyone is on the same level.

"The day before the first class, I Googled 'How to be a dance fitness instructor'. The advice was to smile a lot, be happy and to engage with your community. So that's what I did. I just went in there and did my thing.

"The session sold out consistently. The gym manager was like, 'How are you doing this? What are you doing in that room? We've never had this before.' I was just going in there, being myself and telling people that they're OK to be themselves at Google, too.

"I soon realised that I had something on my hands. People asked me to speak at conferences in Brazil, and to travel all over the world with the Black Googler Network.

"One of my best co-worker friends, Shareese, filmed videos of the course and posted them to Snapchat and Instagram. People would say, 'Oh my gosh, I tune in every Thursday to watch the class, where can I find it in person?' So I was like, maybe I should start bringing these classes as I travelled. And that's what I did. 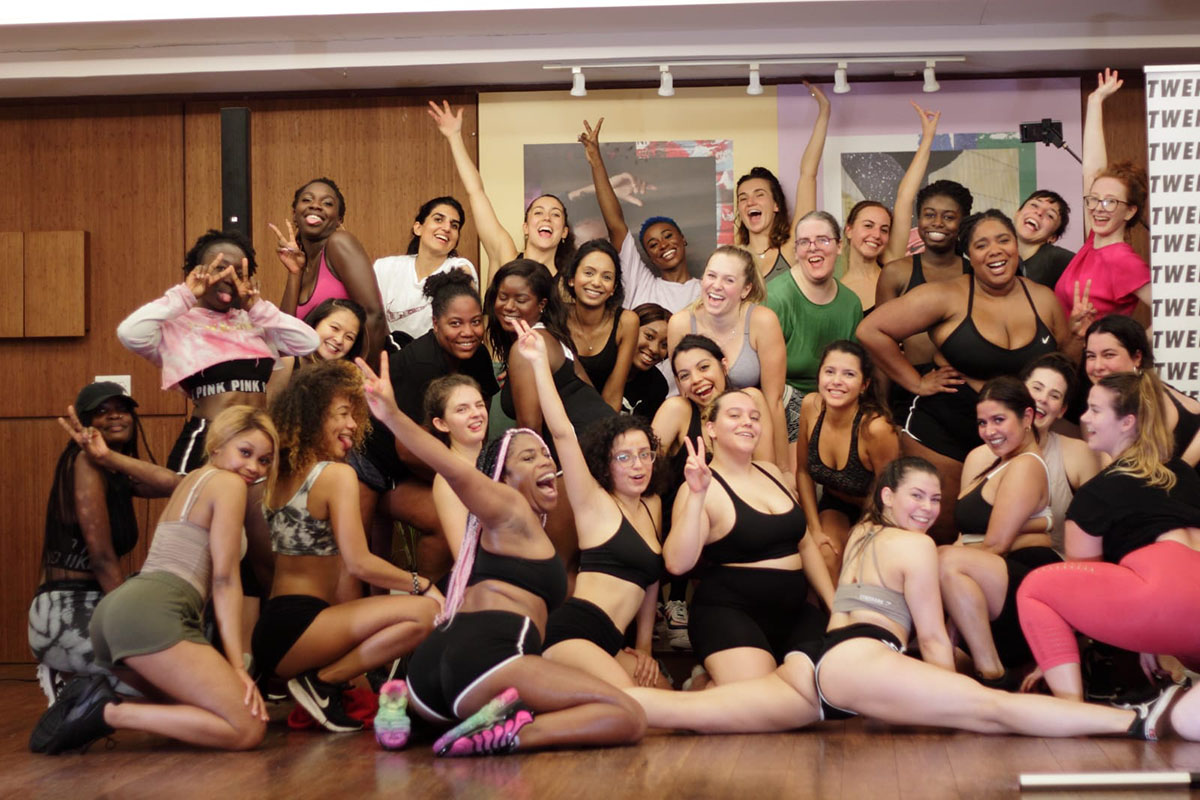 "After I'd travelled, I started private classes in Dublin. They weren't very busy at first - it's a Catholic city, and they weren't really impressed with twerking classes back in 2016! But over time, I started to meet more of an expat community - people from all over the world who'd come to learn English in Dublin. That's when I found my community.

"In February 2018, because of the amount of time I was putting into the brand and the business - and I could see that people's lives were changing; I knew then how much it was changing my life - I was like, you know what, this is more fulfilling. So I quit my job at Google and moved to London to start Bam Bam Boogie full time."

That's a positive thing - an exciting thing - but it sounds like, to get to that step, you basically had to suffer for a while?

"I can only speak from my experience as a Black woman, but I know it's the same for lots of other Black women around the world - especially Black Americans. They're the fastest growing group, or were the fastest growing group, of entrepreneurs. And it's not because they want to be entrepreneurs necessarily; it's because they feel forced out of the organisations they work for.

"As much as we try to climb the corporate ladder, the ladder was never made for us in the first place. The harder we try - the more that we straighten our hair and try to fit in and change - the more we realise that our voice was never going to be enough. So let's build our own ladder and have our own business to feel like we can be ourselves and be successful."

When you took that first step, did you feel like you had the support you needed?

"It was a struggle to be honest. I didn't even realise that I needed support until I got support. It was only when I looked at my white counterparts, when they were on that entrepreneurship journey, that I could see the difference.

"Whether their parents were able to introduce them to somebody, or whether they were eligible for a specific type of loan, I started to understand that they had a network of support that meant they could accelerate their business much faster.

"Whereas I assumed, naively, that people just start businesses. They don't have money when they start businesses; they just bootstrap. But that's because that's what I was seeing from other people who look like me. 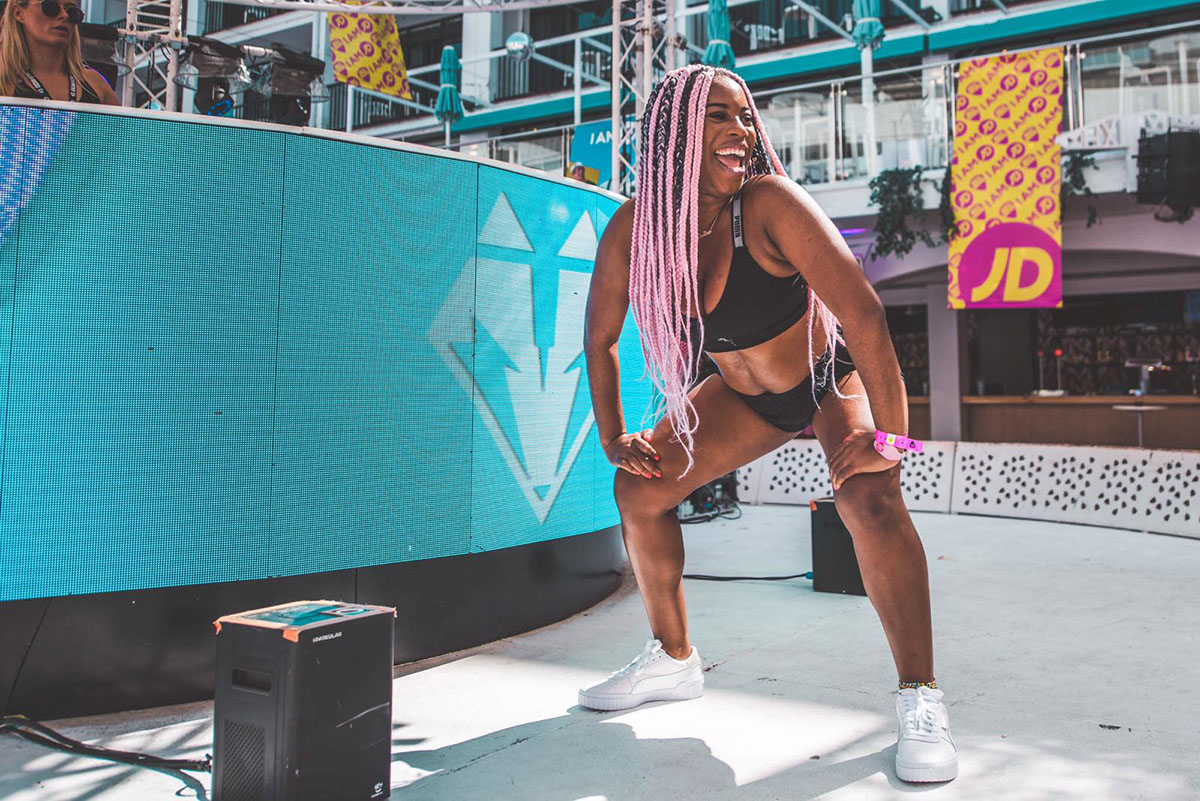 "We don't usually get as much funding. We don't usually have the resources to get investment or put ourselves in front of investors. It was only when I was recommended by another Black entrepreneur to The Prince's Trust when I realised what support really looks like.

"But then, in the same breath, the people who get support from The Prince's Trust usually look like me. The mentors, meanwhile, are usually older middle-class white people. That's fine - they're able to help with the business side of things, but when it comes to the emotional side, it's hard for them to relate."

What do you think needs to change in the start-up support landscape?

Since you last spoke to us, back in April 2020, how have things been?

"Steady! From March to May, the first lockdown, we had our peak. People were really struggling; they needed something to pick them up. But then summer came, which is seasonal with fitness anyway, and sales dipped to pre-COVID levels, which wasn't too bad considering we were completely online.

"We've picked up some of our revenue streams with instructor training. We've had around 45 people come through since April. It's been really good to have a new pipeline of instructors coming through. 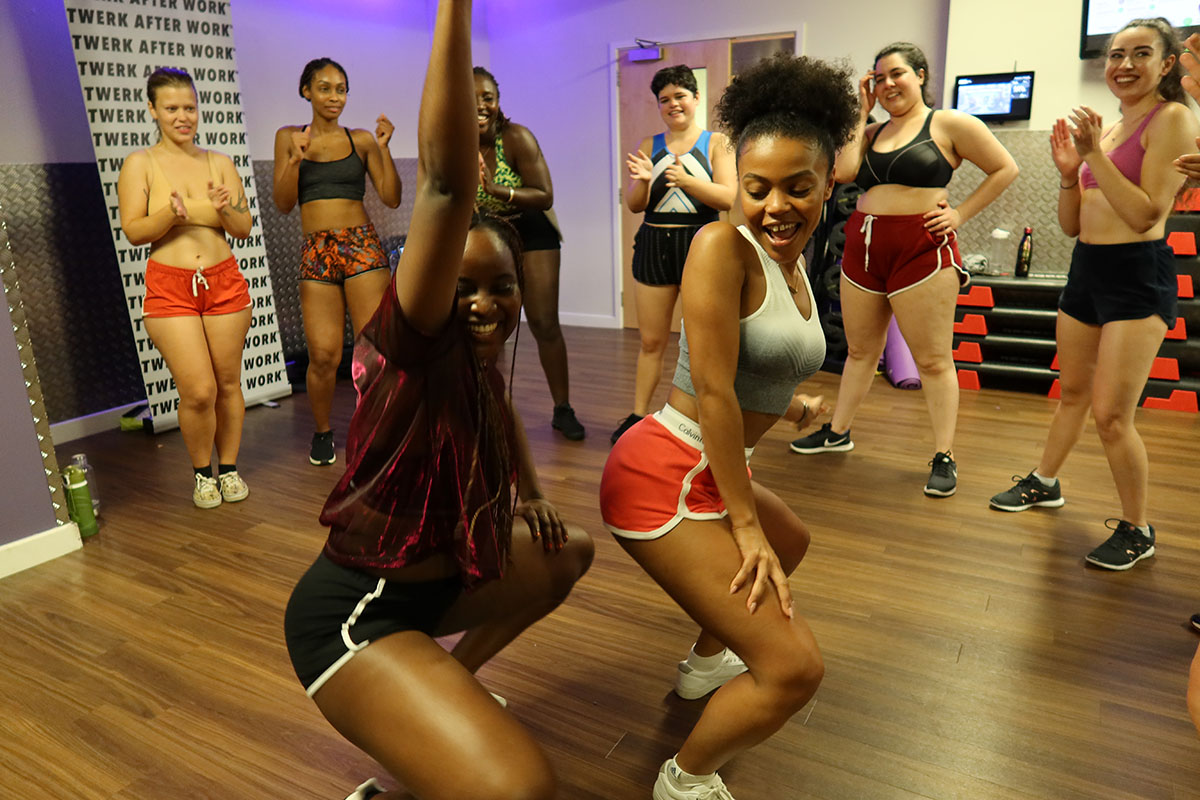 What's your top advice for would be Black female entrepreneurs?

"For my Black queens and Black sisters trying to get into the entrepreneurship game, the most important piece of advice I have is: protect your peace.

"People will take and take until you have nothing left. Look at the opportunities that come your way and ask whether they're adding to you or taking from you.

"After Black History Month, I was exhausted. So many of the 'opportunities' that people were trying to give were unpaid. People want to hear Black voices, but if by sharing yours you're not adding to your bigger vision, or your bottom line, then you have to protect your peace and say, 'Honestly, it's not working for me.'"

If you've been inspired by this interview, check out Entrepreneurial Women - a new campaign we're running with TSB to provide ambitious female founders with access to inspiring events, relatable role models and inclusive business support.