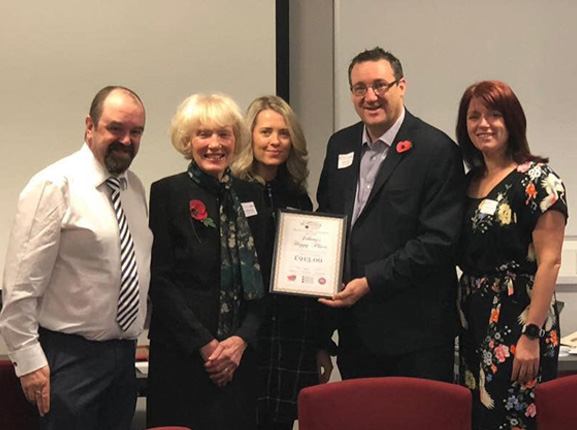 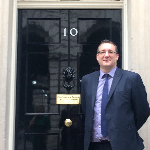 Simon Cox
Director
NNBN Limited
Having networked since 2009, led business networks since 2015 and being an active business voice in North Northamptonshire, Simon is perfectly placed to talk to you about business networking and how to get results from networking without selling.

Simon Cox
Director
NNBN Limited
EARLY CAREER With a career spanning 26 years, Simon has worked in a variety of senior positions in the sports and leisure sector, security sector, business networking and training, licensed retail, supply chain and distribution in financial roles where he headed up departments and led teams. His main roles saw him spend five years in the football industry within Queens Park Rangers Football Club spending 14 months in administration. BUSINESS CAREER He has also led his own businesses for 13 years during this period where he spent 5 years developing and managing the Sales and Marketing activities of Get Embroidered, a family run embroidery and print business, as well as three years as Director of Simon Cox Marketing Solutions. Simon has also been a Director of DASH Leisure, a family run business based in Leighton Buzzard, where their business was announced as the Best Marketed Pub in the Charles Wells Brewery in 2003. Simon is now a co-Director of the North Northants Business Network and the NNBN, the membership organisation formed in 2022 to help support businesses, community groups and organisations recover and rebuild from the pandemic. BUSINESS NETWORKING Simon is a former Regional Trainer with Business Network International (BNI) in Northamptonshire, founded the Kettering Business Network and helped set up other business networks in Corby, Wellingborough, East Northants, Northampton, Market Harborough, Daventry and Rugby with plans to develop more groups around the East Midlands area. Simon has led the Kettering Business Network to the SME Business Awards in 2016, 2017 and 2018 and was a Finalist as Entrepreneur of the Year in 2017. The Kettering Business Network were also a Finalist at the 2019 SME National Business Awards for Networking Group of the Year. He has also supported small businesses in the annual Small Business Saturday campaign, worked with Enterprise Nation at the Amazon Academy in Newcastle and Glasgow as a Digital Marketing Advisor and supported the annual Micro Biz Matters Day. Simon is now leading the North Northants Business Network across Kettering, Corby, Wellingborough and East Northamptonshire which has a population of 750,000 people and approximately 17,500 businesses, SME's and micro businesses. BUSINESS AWARDS In 2018, Simon founded the Kettering Business Awards where local businesses are recognised for their contribution to the local business community. Simon has also been listed as a Disability Confident Employer in the past and has helped unemployed people gain valuable work experience together with local students gain work placement experience. During the pandemic, he led a virtual work experience programme for 35 students across the UK providing opportunities for young people to learn about business. VOLUNTARY WORK He has also been a Business Advisor to local schools through the Young Enterprise Company Programme and received the Gold Award in 2018 for services to Young Enterprise. He has also been a mentor to young people with the Brightside Charity and has also raised funds for local charities with various events. Simon’s goal is to assist business owners with support and a hands on approach to helping his clients with their business activities on a confidential level. He has led a number of fundraising events over the years including 92plus1 (visiting all 92 football clubs in the Premier and Football Leagues in 2013) which raised £8k for Help For Heroes, completed the Great North Run for Kettering based Teamwork Trust charity, The Tube Challenge with two members of Team GB raising funds for Niamhs Next Step and slept in cardboard boxes for The Hope Centre in Northampton to raise awareness and funds for the homeless. In 2019, Simon was a founding member of the Kettering Town Centre Partnership group during the formation of the Partnership who focus on Kettering's town centre and high street challenges and Chaired the group for 8 months before taking up the role of Vice Chair. In 2021, Simon was appointed to the board of Kettering Community Unit, a charity in Kettering which supports over 22,000 people in the Kettering area and he also joined the board of Bedford College Services which manages the commercial facilities of the Bedford College Group. He was also recognised at the Kettering Business Awards for his continuous services to the local business community and thanked publicly by the Mayor of Kettering for his commitment. In 2022, Simon joined the board of Kettering Community Business Centre Development Trust, which is an Enterprise Centre in Kettering providing serviced offices for start up and small businesses. Away from business, Simon enjoys spending time with his family and friends as well as football, model railways and listening to music. Simon is also a presenter on Kettering General Hospital Radio and Spectrum on Air and runs the North Northants Business podcast channel which interviews local businesses and talks about what's happening in North Northamptonshire.

Lunch and Learn: How to price your products to make profit

Get tips on how to price your products profitably and trade in the most effective way possible.

A group for all Next Generation participants. Join other likeminded entrepreneurs and trainers to learn how to stick to weekly goals and be held accountable for your business! If you’re not part of the Next Generation Bootcamp but would like to connect with like-minded business owners in the food sector, don’t worry, there’s a group for you too!

Helping you have a successful freelance business by Steve Folland

As the founder of 'Being Freelance' I love helping other freelancers make a success of self employed life. Through my long running podcast and community I've explored the various ways we can make freelancing work for us. I'd love to support you through mentorship here on Enterprise Nation. Do get in touch. Be in a one off conversation or on going support. If you'd rather work at