Before Clare Campbell came along, there were no textile mills left in the mainland Highlands of Scotland. Not one.

Authentic tartan, which in days gone by would have been made in these mills, had lost its way. Mass produced overseas, it had become something for tourists. Actual Scots were no longer proud of it.

But, by launching Prickly Thistle, Clare – who’ll be speaking at Festival of Female Entrepreneurs Scotland on 25 June – is now well on the way to restoring a national icon in as ethical and sustainable way as possible.

Clare, tell me how you went from accountant to ‘tartan rebel’…

“Well, after 13 years as a practicing accountant, I reached a point five years ago where I wondered what it’s all about. We lost a family member and I realised that life is too short, that people won’t remember you for the nice car you have or the holidays you take. I wanted to make a difference to people other than myself.

“After taking a break I realised that textiles was the sector I wanted to go into. I was drawn to tartan, which is all about legacy, identity and symbolism. It’s very much remembering those who inspired us, and who are not here anymore.

“That’s my personal reason, but there’s also the issue that tartan, despite being iconic to our country, has been in decline for decades. As a Scot, this fills me with shock and horror. We’ve sold it down the river and turned it into something that not many people are proud of. 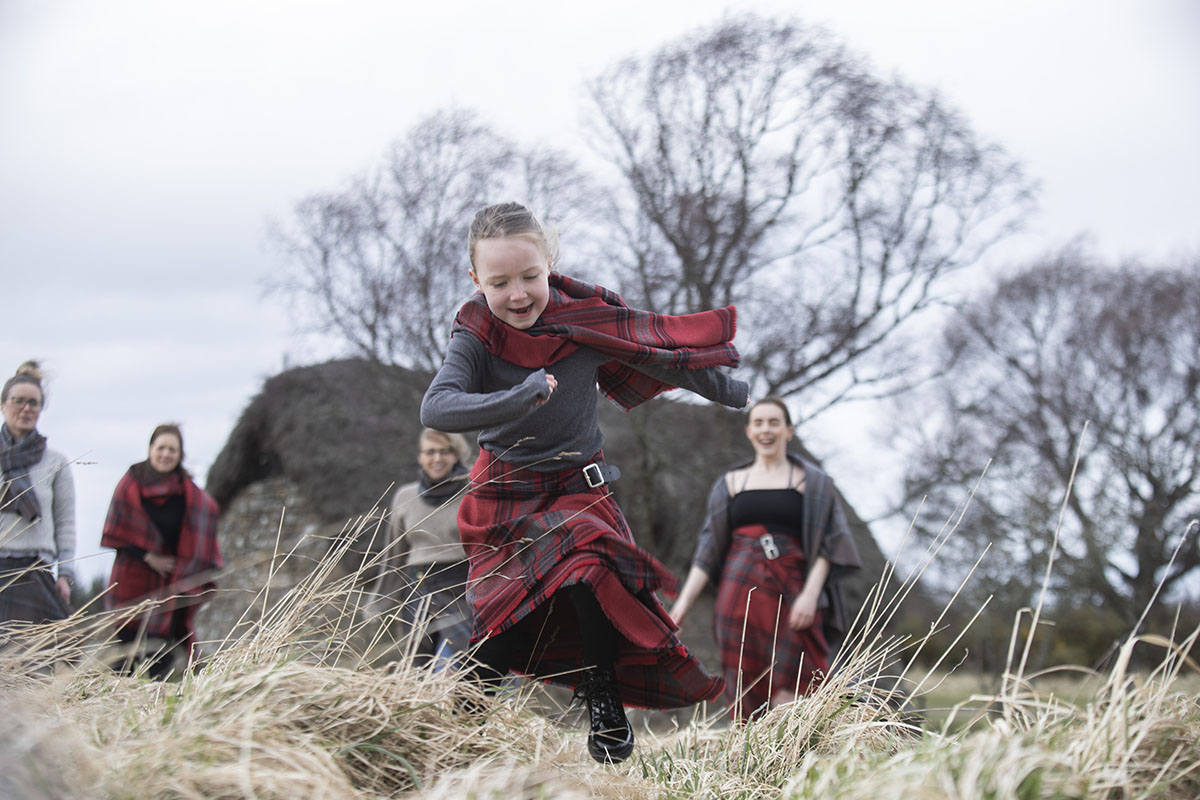 “Then there’s the state of the fashion industry. Mass consumption, modern slavery and a complete misunderstanding of value are huge problems. Buying multiple things at low prices has become an addiction.

“We wrap this up by saying that we’re rebels from the Highlands of Scotland. We will go and fight for what we believe in. We’re prepared to go to the frontline. We’re here to fight for transparency and appreciation and value.”

Did you have a fight on your hands when you set up Prickly Thistle?

“Rebels will do anything. They never give up. Look at the context surrounding Scottish textiles – why would anyone invest in an industry that’s in massive decline?

“Many of the mills that existed – and I completely understand why they went down this route – commoditised the clan tartan system, which is completely made up.

“So, I had to fight to get people to understand why I was doing this. A distillery? They were definitely on trend. Another tech company like [Edinburgh-based] Skyscanner? Sure. It was about questioning why we’ve let one of the most iconic aspects of our culture become that thing on the Royal Mile that’s not made in Scotland and is probably full of microplastics.

“I met lots of people who rolled their eyes. It was frustrating. But I was prepared to prove them wrong. I took the idea to social media and set up a crowdfunding page. We thought we’d do what they did back in 16th century. When authors wanted to fund their next book, they sold a copy in advance. We’d do the same with scarfs. 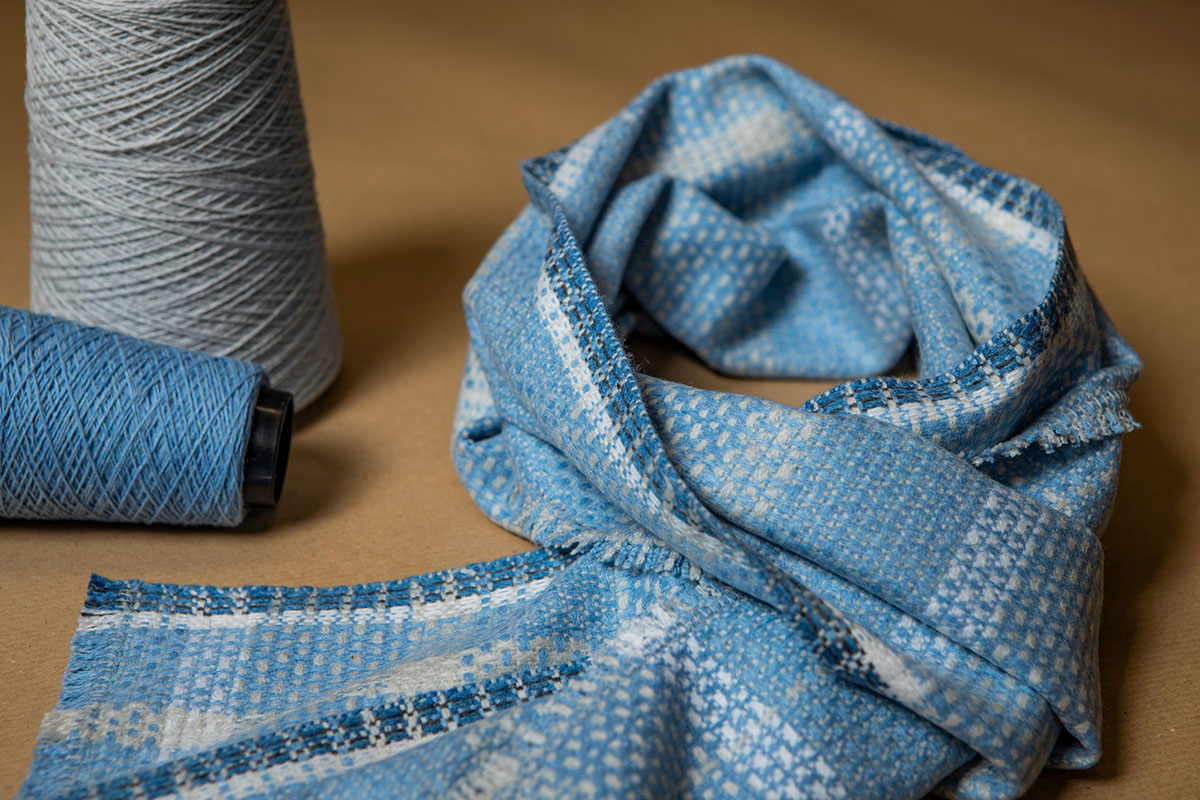 “Crowdfunding is about believing in what somebody is passionate about, reckoning they’ll deliver on it, and recognising that it’s an important cause. We told the story of there being no textile mill in the Highlands of Scotland, and that we wanted to being this craft back in a way that resurrects skills.

“Looking back, perhaps it was too much information at first. Whereas now, with Covid, people get it. Because people are assessing their lifestyles and the impact they have, I think they now recognise the importance of what we’re doing not just historically and culturally, but also for the future.”

You’ve brought it on yourself to restore a national icon. That’s a lot of pressure…

“It’s massive, and I do feel huge responsibility. But it also gives me a huge sense of pride. So many people are frightened to do things for fear of failure. But failure is not a bad thing – not trying is failure.

“Pressure also comes from the fact that we’re a small company. We don’t have a marketing department, for example. You’re speaking to the person that does our social media.”

How has the Prickly Thistle brand and its products been received?

“Because we very much voice ‘Wear your values’, we’re seeing a massive appreciation for what we’re trying to do in terms of buying less and loving what you have more, while learning to repair, reuse, recycle and repurpose.

“We’re trying to challenge the damaging impact of fast fashion by adopting all the principles of zero-waste design. We want to inspire people to shop smart. Does a brand’s website have a supply chain map? Do they show you where they make their things? If they don’t, that’s a massive alarm bell. 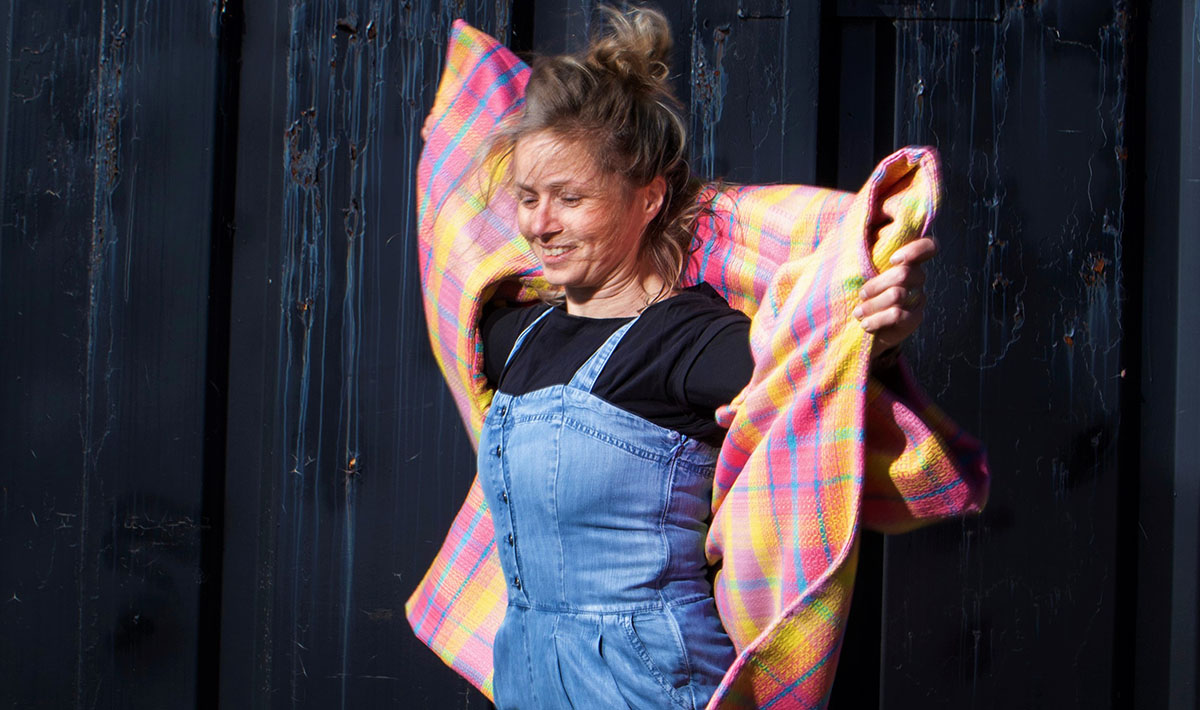 “Making things cheaper to be more affordable is completely flawed. At the end of the day, you’re not taking someone out of poverty. If something’s cheap, there is a cost somewhere. And because you’ve paid so little for it, you won’t value it.”

What’s next for the business?

“We’re now weavers of fabric, creators of product, and over lockdown we’ve been looking at how we can be more circular. The supply chain has pretty much gone in Scotland in regard to natural fibres. The supply chains generally in fashion are just absolutely ridiculous in terms of how many times things go around the planet.

“We also want to scale within the business and create jobs. In terms of processes, we’re working with academics on some really interesting bioscience. We create by-products, which results in all this natural lanolin – a great base to help repair skin cells. It’s about using these waste streams. 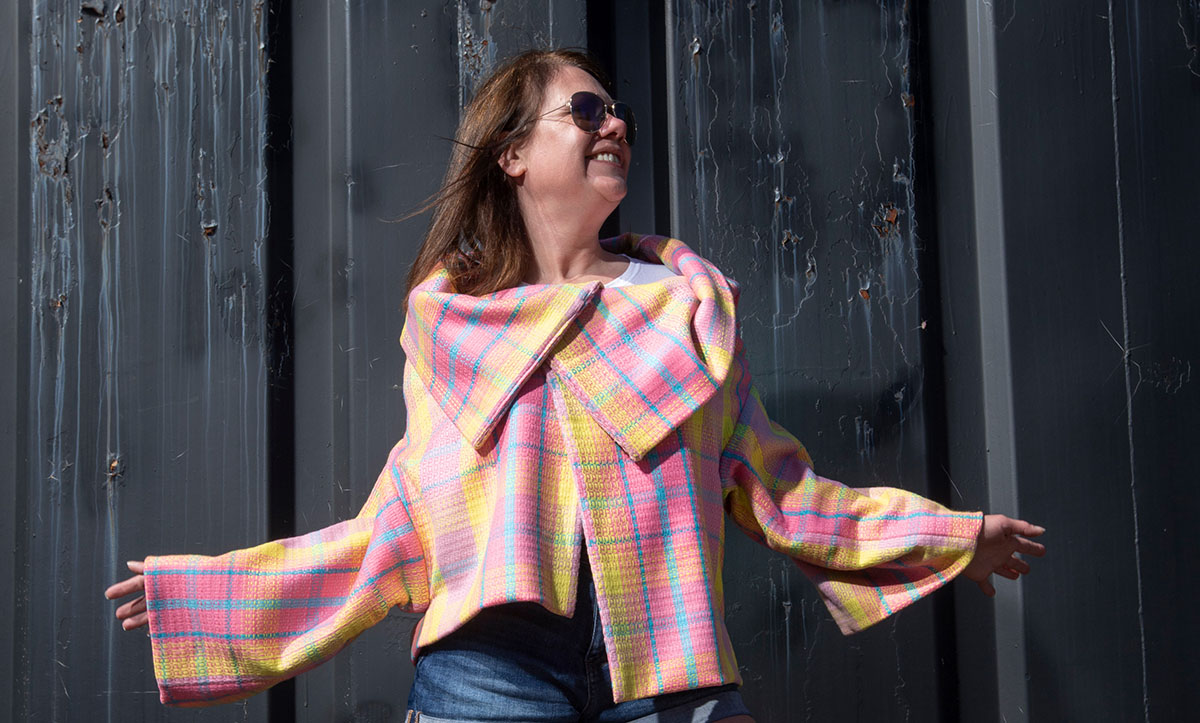 “When a product really has reached the end of its life, how do we create systems that minimise polyester and nylon contamination and bring them back through the system?

“We’re never going to be a mill with 100 looms; we’re going to be a micro community that’s circular and founded on respect. I don’t know where we’ll be in 10 years, but as long as we’re relevant and relatable, and real, then we’re doing our job.”