Enterprise Nation member Shane Davey is co-founder of istil38, an Irish vodka brand. He tells us about building the brand, and finding a brand ambassador and new investor in Pippa O'Connor.

Premium Irish vodka brand istil38 was founded in 2021 by Shane Davey, Niall O'Dwyer and John Reynolds. The brand launched earlier this year and has three flavours on the market – original vodka, vanilla vodka and pink vodka. The drink was designed specifically to be a great addition to cocktails.

Previous to istil38, Shane earned his stripes by working in the drinks industry in various sales and commercial positions at Britvic, Diageo and Irish Distillers.

Unfortunately, while working in Irish Distillers, Shane's position became redundant. So with his redundancy, he started his own vodka company.

While he knew that Dingle Distilleries and Drumshanbo have vodkas, they were very much focused on their gin market. As a result, he recognised there was an opportunity for another Irish vodka to enter the market. 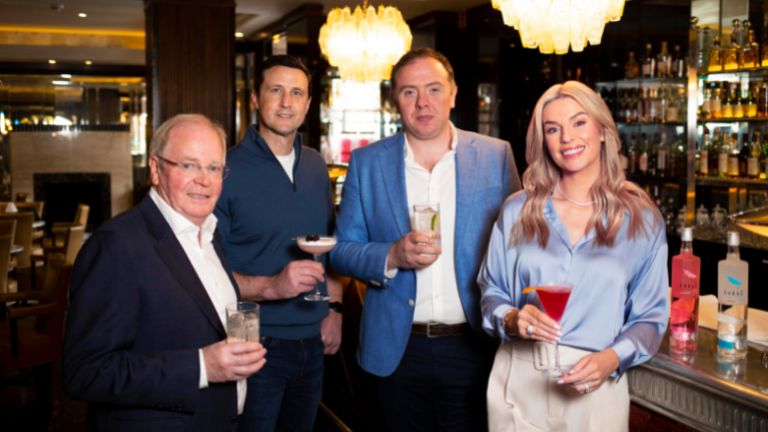 As part of the marketing campaign, the istil38 team knew having a celebrity brand ambassador was key to getting the conversation started about their vodka. Shane says:

"We asked the question, if our vodka was a person who would it be? And the vast majority of the people we spoke to said Pippa O'Connor.

"She's a great businessperson, she is 'seen' and she has her own brand. She likes a cocktail and is well known in Ireland."

It wasn't long before they found someone who could introduce them to Pippa. She loved the brand, but declined the opportunity to be a brand ambassador – even better, she invested in the company.

"Pippa bought a percentage of the company and she became the creative director. From there we launched istil38 vodka in March."

The relationship has been working great and the opportunities to get 'liquid on lips' have been flowing in. As Shane explains:

Now eyes are turning to Christmas and getting bottles on shelves for the busy festive social period.

When it comes to distribution, Shane decided it was best to throw the net wide. He explains:

"Since March we've been building up our distribution network. We purposely didn't choose just one distributor because what we'd have been doing was putting all our eggs in their basket. Instead, we've pushed our product through everyone.

"Christmas will tell us a lot because 80% of premium vodka is sold within November and December."