A third of the people who've accessed funding through the government's Start Up Loans scheme were unemployed before using the money to become their own boss.

Of the more than 80,000 Start Up Loans recipients since 2012, 31% were unemployed at the time of application. Among the unemployed applicants, 54% were millennials which Start Up Loans said indicates that the scheme is particularly effective in enabling young entrepreneurs to start a business.

The trend of younger entrepreneurs accessing start-up finance has continued with double the number of Gen Z (18-24 years old) applicants using the scheme as a route out of employment in 2020 compared to 2019.

At 43.3%, Scotland is the region with the highest percentage of Start Up Loans recipients since 2012 unemployed at the time of application. The West Midlands is next with 36.7%.

James Talbot, co-founder of Pobi Bakery, said: "At the start of the pandemic my partner, Jake, was made redundant and we decided that it was time to start working for ourselves. We took out a loan of £20,000 from Start Up Loans in September 2020 and have never looked back.

"Despite all the challenges thrown at the retail industry throughout the last year, we have managed to employ 3 members of staff, open a second site, and are forecasting a turnover of £250,000 in the next financial year. It's been a huge journey for both of us."

Richard Bearman, managing director at Start Up Loans, said: "It is paramount that we do everything to empower the next generation of young working talent, who have an important part to play in unlocking the UK's economic recovery, by giving them every chance to succeed, whatever their circumstances.

"Unemployment can have a catastrophic impact on an individual's financial security, self-confidence and ability to apply for finance from lenders, and the support provided by Start Up Loans can be of particular use to younger, less experienced business owners."

In total, unemployed applicants have accessed £121.56m in Start Up Loans since 2012. The scheme was initially set up as the UK economy was recovering from the 2008 credit crisis with the aim of encouraging a new generation of entrepreneurs. 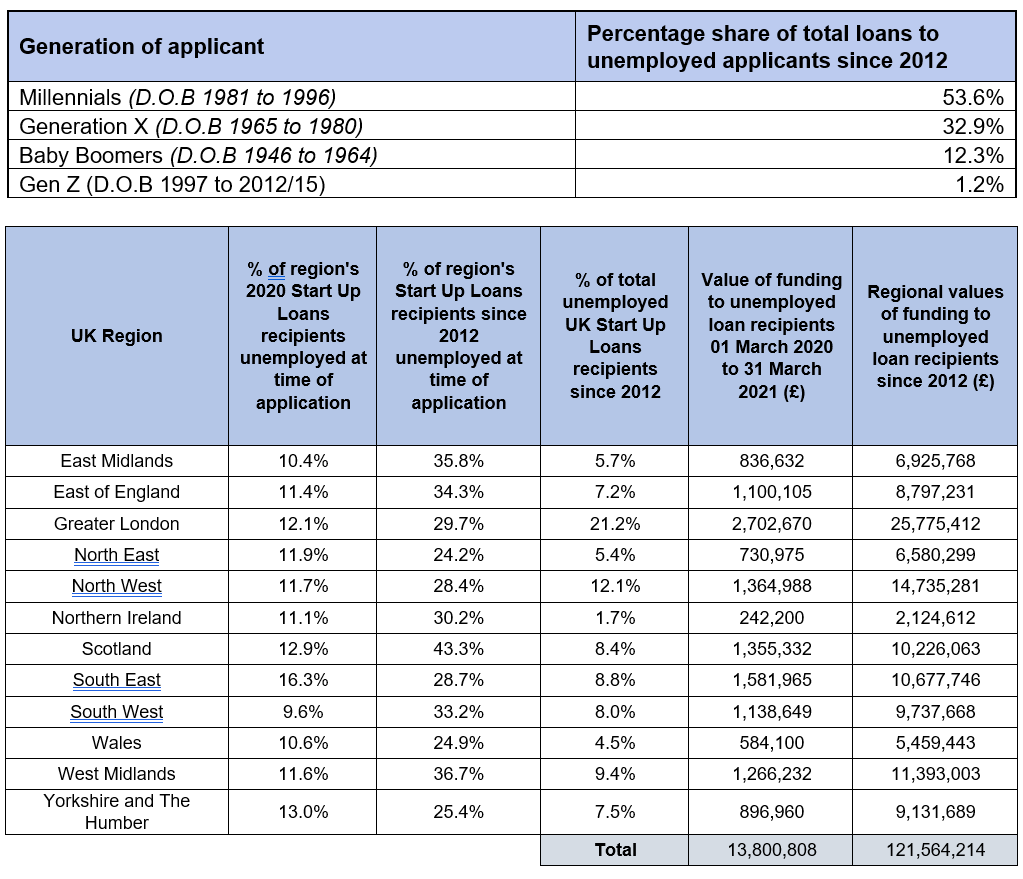