Since being appointed as the government's new small business minister Anna Soubry has been pretty silent about her new role with journalists reporting her turning down interview requests. But she has now spoken publicly to BBC Radio Nottingham and provided a revealing insight into how she got the job, how she fits into the prime minister's new Cabinet and why Boris Johnson is a bit of a problem.

"I knew I was going to get something but I had no idea what he was going to offer me", Soubry told presenter Verity Cowley as she discussed the moment David Cameron called her to Downing Street. 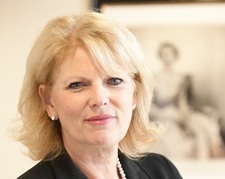 "This is a very serious job. I'm on a very, very steep learning curve. But I've realised how many friends I have that run their own businesses for example. The work I've been doing in Broxtowe [Soubry's constituency] has been with so many businesses right from the beginning. Ones like Boots right down to the sole traders on the high road."

When questioned about the experience of sitting around the Cabinet table Soubry confessed that so far she hasn't played a strong role.

"I haven't really spoken yet in Cabinet because my other boss is there. Sajid Javid is the secretary of state for business so he's number one. I go along to Cabinet but he is the boss so whenever we have a business matter he has spoken on that so I've not actually spoken much."

That though, she said, isn't "her biggest problem". It's Boris Johnson in political Cabinet meetings.

"There are no civil servants there. It's just all of us talking political stuff. Boris Johnson comes and he sits next door to me and he hits me. I don't mean he assaults me but he whacks me every so often if he makes a joke."

Cowley then asked Soubry if she was disappointed not to get a secretary of state position.

With her background as a journalist she looked at the top job in the Department for Culture, Media and Sport and thought "'ooo that would have been fun. I could be in charge of the BBC'. But John Whittingdale was absolutely inspired as the choice so there wasn't that feeling of 'hmm I wish I'd had it, not him' because actually him doing it is brilliant.

"I think the boss thought I might be a bit too soft on the BBC."

The minister also discussed social media and how she deals with negative comments. "There is a lot of nastiness on social media which I hadn't done until the last nine months.

"Milly, my daughter, goes out and bats for me. It makes people think 'this person is a human being' and they've deleted tweets."

Asked about the general election result and retaining her seat Soubry admitted she was "absolutely" surprised to keep it. She revealed that on the night of her election she had a Â£100 bet with her husband that she wouldn't secure a majority of 3,000 - 5,000. She won with a majority of just over 4,000.

As Cowley concluded her interview she said Soubry had chosen the next song. Happy by Pharrell Williams. Why? The MP explained: "I bounce around the kitchen to it and my children say 'stop it mother' but I think it's the most wonderful song. I love it."

A revealing insight into our new small business minister. Let us know your thoughts below.