HM Revenue & Customs (HMRC) has released new statistics for claims for grants through the Self-Employment Income Support Scheme. The data provides some interesting insights into the UK's self-employed population.

As of 30 May, a total of 3.4m self-employed individuals were identified as potentially eligible for the SEISS scheme. This means that they met the income and trading activity criteria for the scheme. However, some of these businesses will not have continued trading since 2018-19 or will not have been adversely affected by coronavirus so will not be eligible.

Around two-thirds of the potentially eligible individuals are male (2.3m). When it comes to the proportion of people who have claimed a grant, 72% of males have done so, compared to 66% of females.

The sector with the highest number of potentially eligible individuals and the highest proportion of claims is the construction industry. By 31 May construction workers had made 800,000 claims for SEISS totalling £2.9bn.

The two regions with the highest number of claims are London (433,000) and the South East (352,000), although London has the lowest take-up rate amongst the UK countries and regions. 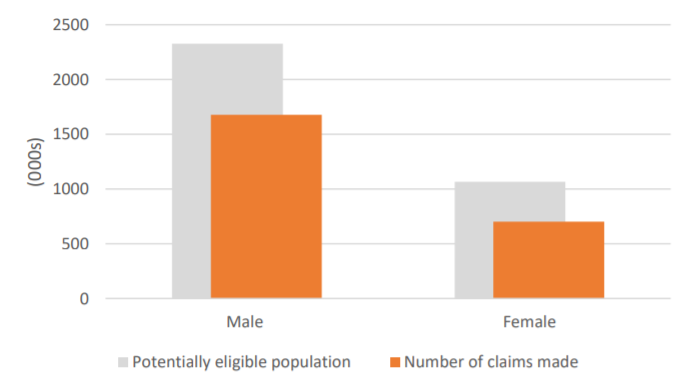 SEISS potentially eligible population, number and amount of claims by 31st May by gender 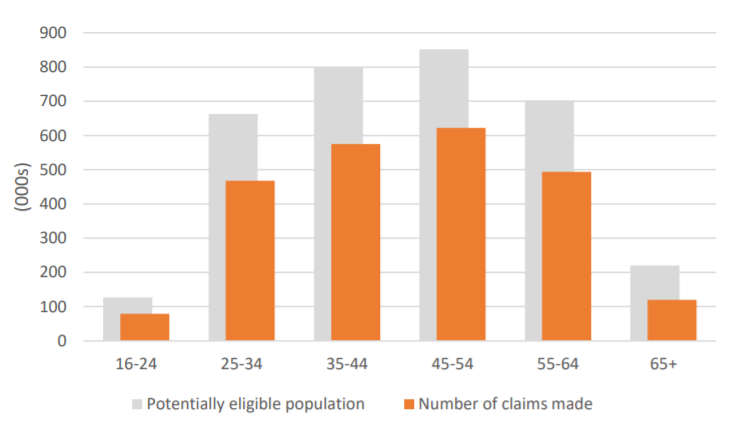 SEISS potentially eligible population, number and amount of claims by 31st May 2020 by age band (excludes those with missing gender) 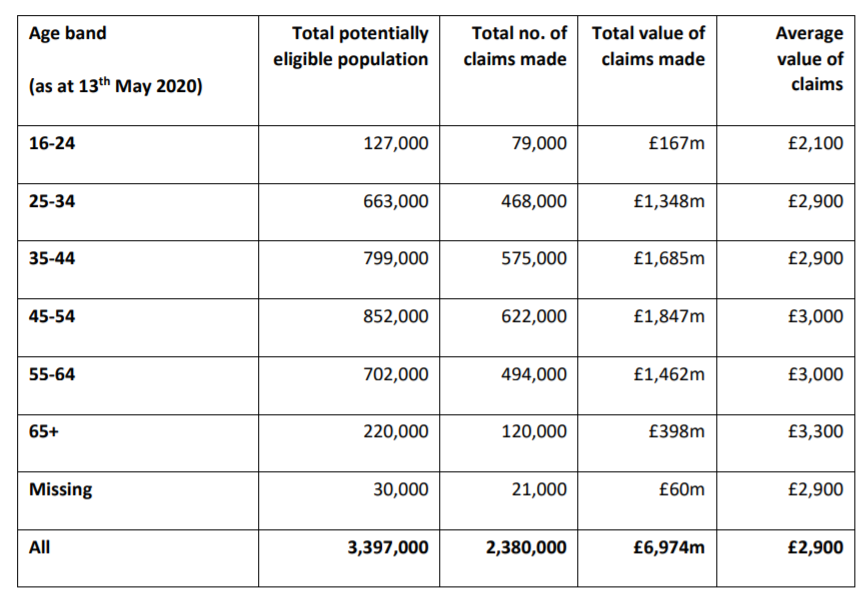 Of other large sectors affected and making SEISS claims, transportation and storage has 8% of the potentially eligible population and made 206,000 claims totalling £451m.

Administrative and support services also make up 8% of the potentially eligible population and have made 177,000 claims totalling £371m. 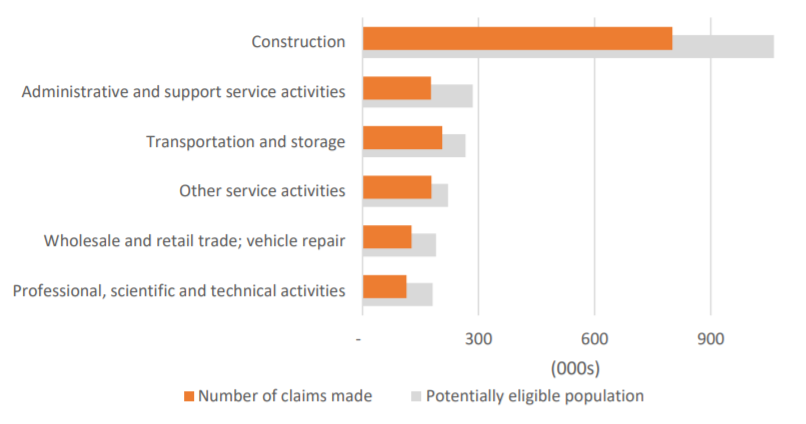 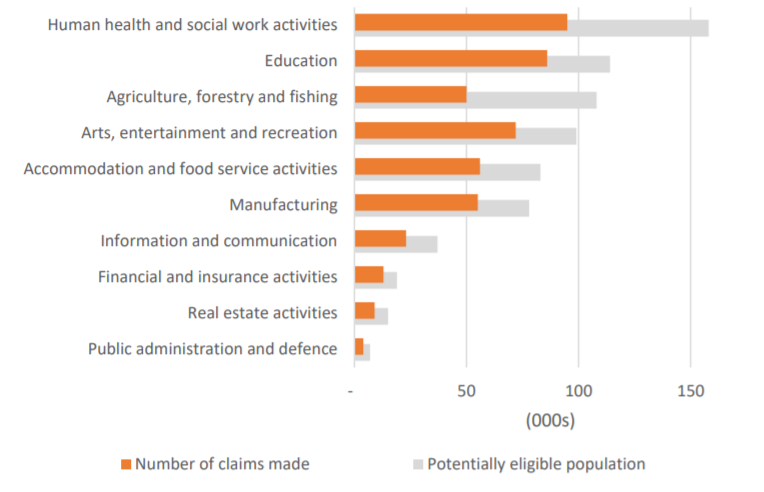 _Average value of claims to 31 May by primary industry of self-employment, ranked by average claim 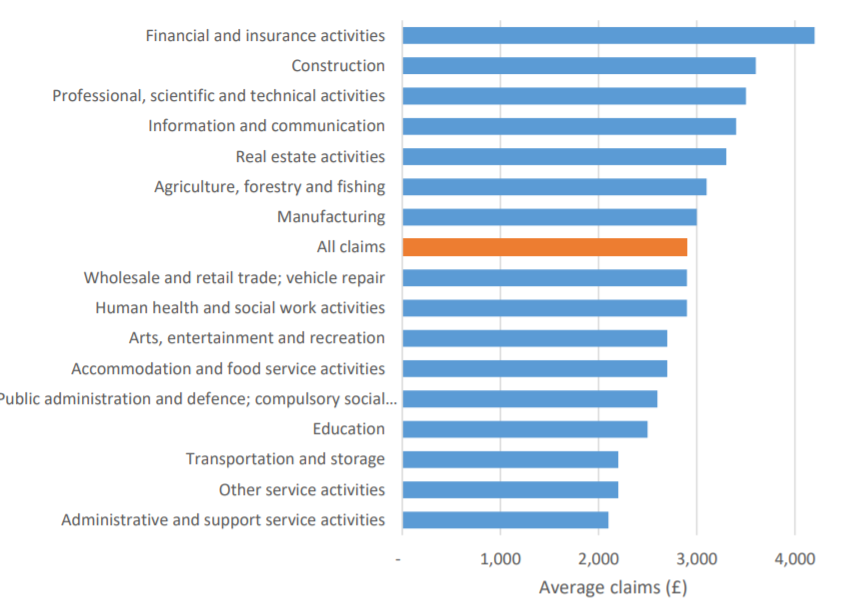 London has the largest potentially eligible population and number of claims (433,000) but the lowest take up rate (67%).

This compares to other regions where between 70% and 73% of the potentially eligible population are claiming. 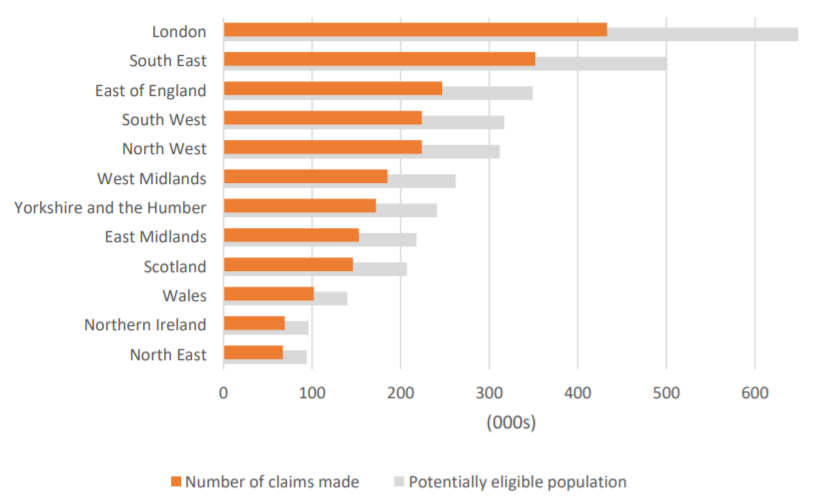 The average value of claims by NUTS1 region, ranked by value 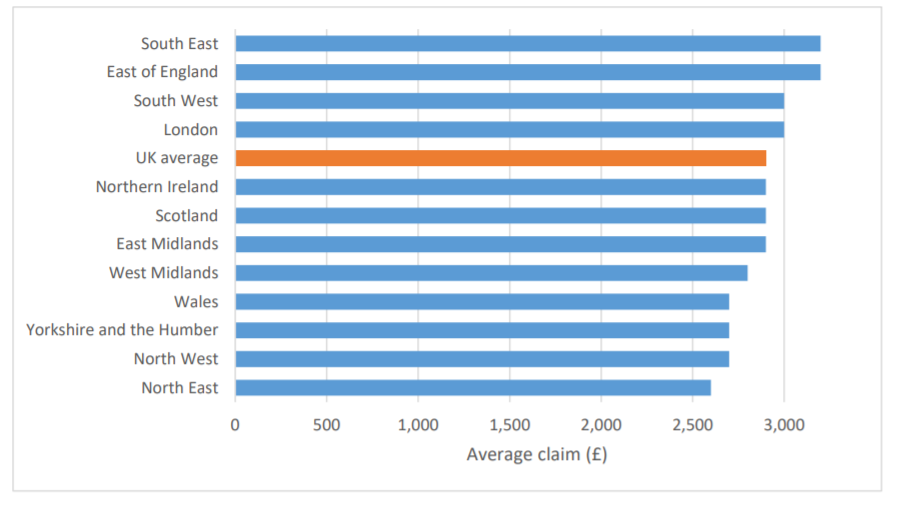