Nisha Katona grew up eating the Bengali cuisine her Indian parents cooked. The food was quick to make, fresh and full of flavour - a far cry from the rich curries of typical takeaways.

After 20 years as a barrister, the self-described "curry evangelist" took the leap and started up Mowgli, an Indian street food restaurant in Liverpool. It's been a huge success, expanding across the UK and helping to revolutionise the Indian dining scene.

"When we started, I didn't think anyone else would like the food. Now I've just signed my 14th lease in five years," Katona said.

Nisha Katona is speaking at Enterprise Nation's Festival of Female Entrepreneurs in Bristol on 18 October. Buy a ticket here.

The move from barrister to restauranteur

The daughter of two doctors, Katona never planned on starting up her own business. "I was a barrister, but typical of immigrants, I was totally food-obsessed," she said.

She realised that when the first generation of immigrants died, she would lose the dishes she'd grown up with. It led her to run her own cooking classes, where she taught people to cook the Indian food her family ate at home.

"The food we eat is often vegan and always gluten free. It's quick, but you still get these amazing flavours. I actually think it's one of the easiest, smartest ways of eating. Why is it when we see mince in the fridge we always think 'spaghetti bolognese' when there are so many other options?" 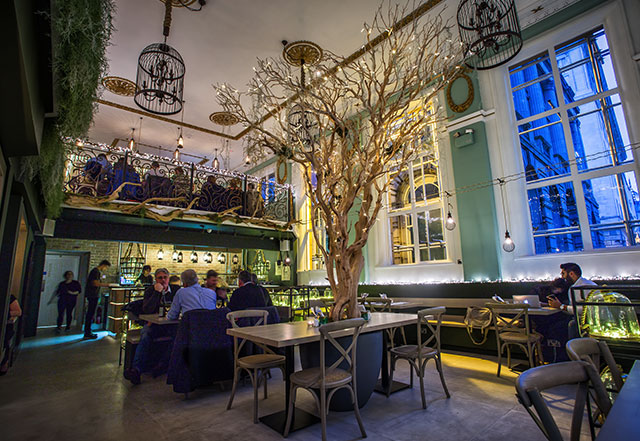 In early 2014, Katona decided to start up her own restaurant. Her classes were always booked up, so she knew there was appetite for the type of food she was cooking. She tried to get a kiosk at Liverpool ONE, the main shopping complex in the city, but her applications got nowhere.

"They didn't take me seriously because I wasn't a restauranteur. We didn't get the kiosk, but it ended up being the best thing in the world, because we found a site instead," she explained.

The site was an old Chinese restaurant. It was small, located down a street with a tea shop and little else. As Katona remembers, no one else wanted the space. In late 2014, Mowgli's first restaurant opened there, to queues down the road.

In the early days, loneliness was the biggest challenge. Despite support from her family, there wasn't anyone who was really sharing the journey with her.

However, the independence has meant that each Mowgli restaurant can be shaped around her vision. Since she wasn't based in London and constantly looking at how other restaurateurs did things, she could do everything her own way.

"I built my culture and decided how I wanted to do things. I put together something I call the maternal management model, where I run Mowgli the same as how I run my family - love flows through the business," she said.

Katona's experience as a barrister has also been useful when it comes to sticking to her guns.

"I had a designer who wanted us to go with more of an ethnic style at one site, but when you've been a self-employed barrister for 20 years, you've got confidence and a strong vision. You've prepped, negotiated and fought your own cases. I came into business with that attitude."

The potential of female entrepreneurs

One of the most daunting aspects was starting up in a sector that lacked representation. She describes hospitality as being fast, frightening and testosterone-driven. A place where you don't often see women running their own businesses.

"I was a married woman with teenage kids. It's not what you usually get. You don't see women starting these big companies, especially in hospitality and especially when they're in their forties. It's all men who used to work in finance," she said. 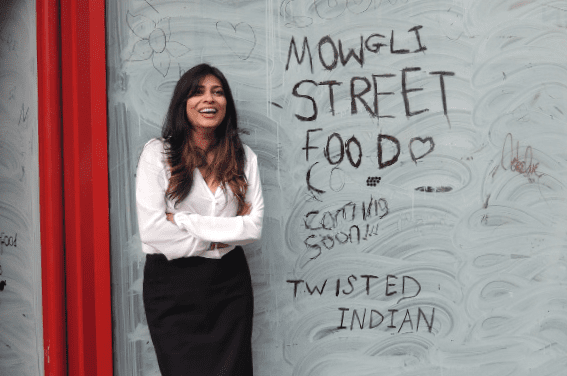 "I always think that if you can't see it, you can't be it. But I had this idea and I couldn't rest until I brought it to life."

Katona wants to encourage other women to start businesses later in life. When asked about the Festival of Female Entrepreneurs, she's emphatic about the game-changing impact of female business owners.

"We are highly underrated! There are women my age who have raised their kids and are in their career and they think the next big horizon is the menopause," she said.

"But we are incredible. We bring something new, in terms of building structures and thinking differently. I always want to inspire other women."

Nisha Katona is speaking at Festival of Female Entrepreneurs in Bristol on 18 October. Buy a ticket here.

_Festival of Female Entrepreneurs is supported by:

Kat Haylock
Kat is a writer for Enterprise Nation, The Pitch and Side Hustle Club. She's worked with small businesses for the last four years, championing Britain's startup scene and anyone who has snacks.