Liv Conlon was 13 years old when she started her first business, importing nail files and beauty products from China and selling them on eBay. Three years later, she founded The Property Stagers, a house staging service that made it easier to sell properties.

The Property Stagers is now a million-pound business, furnishing around 300 properties a year. It has won a number of national and international awards for its contribution to the British property market.

Want to hear more from Liv's story? Read on...

How The Property Stagers started

Liv's business idea struck when her mother struggled to sell an investment property. They decided to try 'staging' the property – using furniture and decorations to give it a show home look – but couldn't find a business that offered the service. In the end, Liv staged the home herself.

Three days later, the property sold above valuation, along with the furniture they'd used in the staging. The Property Stagers was created with the profit from the project.

"I started networking and going to local property events to put myself out there. When you start out, you have to be really confident in yourself and not care about what people think. Just be yourself and talk about what you love doing."

She stresses how important it is to stay focused in the early days, particularly when there are so many different things a founder could be doing.

"I surrounded myself with the right people. I got an accountant too. People can take far too long thinking of a name and doing all that. The most important thing is going out and telling people what you're doing and building it from there."

Rather than going down the funding route, Liv has built the business entirely on her own money – with a little support from her overdraft.

"Don't spend anything you don't have. I grew a business completely through organic advertising. I never spent a penny. It's about creating engaging content and getting your story and brand out there, instead of chasing things you have to pay for."

To market the business, she tries to think creatively. The visual nature of the business made it easy to get traction on social media with photos and videos, but her story has also helped to garner media attention.

"I've had so much press coverage because I've always been true to myself and my story. I've shared the vulnerable parts of my journey and people really connect with that."

Finding a team structure that works

Liv's mum Ali joined the business after a year and a half. "It's been terrible," Liv jokes. "No, I love it. It's amazing to have that support and someone I really trust. It's more of a partnership."

Hiring has been one of the biggest challenges. The business is growing quickly, with their staged properties often receiving offers 10% to 20% above valuation. Liv has changed the structure of the team a number of times, eventually settling on using part-time contractors.

A lot of people interested in working at the business had kids and were looking for a few days work a week. The decision to offer flexible contracts has enabled Liv to build a big team with a variety of styles and personalities.

"It's so important to find the right people. My biggest tip is to go through the hiring process, never giving someone a job until they've been on the field in the role they will be doing for a trial period."

Supporting other people in business

After the success of The Property Stagers, Liv wants to turn her hand to helping other people run their businesses.

She recently launched The Hustle, an online community for female entrepreneurs to connect, grow and build their businesses. The platform features a mix of experts and entrepreneurs, but she delivers a lot of the coaching herself.

Her main advice for anyone starting out is to concentrate on the customers. 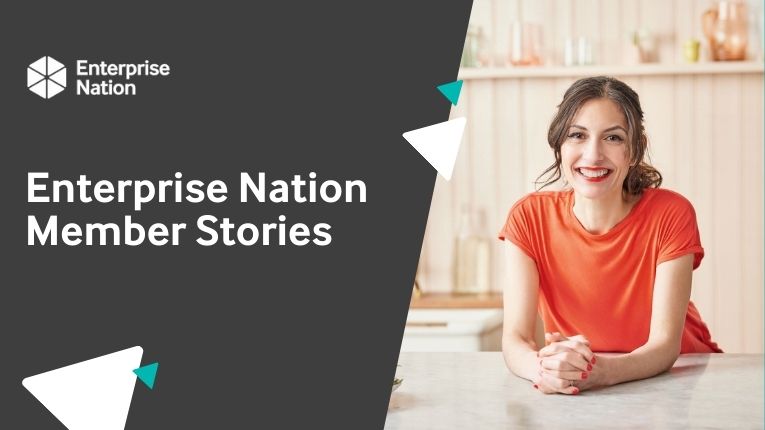