Learn somethingHari Fell: 'Receiving a Salesforce grant felt like somebody believed in us'
Member stories

Hari Fell: 'Receiving a Salesforce grant felt like somebody believed in us'

In the weeks leading up to the first lockdown in March 2020, Hari Fell's business - like so many up and down the country - was in a real quandary.

The Tudor Farmhouse Hotel, which she runs with her husband Colin in the Forest of Dean, couldn't operate as normal. People were being told to avoid hospitality venues, which meant its state-sanctioned closure - for who knows how long - was imminent.

When lockdown arrived, Hari and Colin - already reeling from cancelled bookings - relied on the furlough scheme to keep their staff members. But with no other funding available, the future of the business was uncertain to say the least.

Fortunately, help was at hand in the form of a Salesforce small business grant. After successfully applying for, and receiving, £5,000, Hari was able execute a proper marketing plan ahead of Tudor Farmhouse's reopening. But more than that, she explains, was the mental boost the grant gave.

Hari, tell us a little bit about the Tudor Farmhouse Hotel…

"My parents bought the Tudor Farmhouse in 2003, and I moved from London to help them run it. My parents were there for about four years before they decided to retire, which is when my husband Colin came into the business.

"We bought out mum and dad and then set about refurbishing the farmhouse, which has been a long process. The turning point was about eight years ago, when we moved out of the owners' accommodation and changed it into a suite. "This helped us see the potential of what we could do. We did another quite large batch of refurbishments about five years ago, and we've since been doing the remaining rooms, two of which were done in lockdowns two and three."

How did going into the first lockdown affect you?

"The worst time was actually the run up to lockdown. We had a couple of large groups of business guests who were supposed to come from Europe, which had to cancel. Two massive bookings just disappeared.

"Being told to close - with furlough announced on the same day - was a massive relief. Before that we were thinking that there's only so long we can keep everybody employed."

I imagine the timing wasn't ideal - just before the spring and summer and season?

"By the time we reopen we'll have been shut for 11 of the preceding 14 months. We would have had a really, really busy April and May last year. Luckily for us, most of those bookings rearranged.

"But as we've gone through the second and third lockdowns we've seen more people just cancel. They do tell us that they want to rebook, but they don't know when they'll be able to for certain."

Did lockdown give you time to think about what you wanted to do at Tudor Farmhouse?

"Rather than pivot somehow, we decided that it was better to have everybody on furlough. We moved into the hotel during the first lockdown for security, which gave us the opportunity to look at the building in a different way.

"The Salesforce grant was very helpful in terms of marketing. We got no grant funding from the government during the first lockdown because our rateable value is too high, so it was the only grant money we received outside of the furlough scheme. 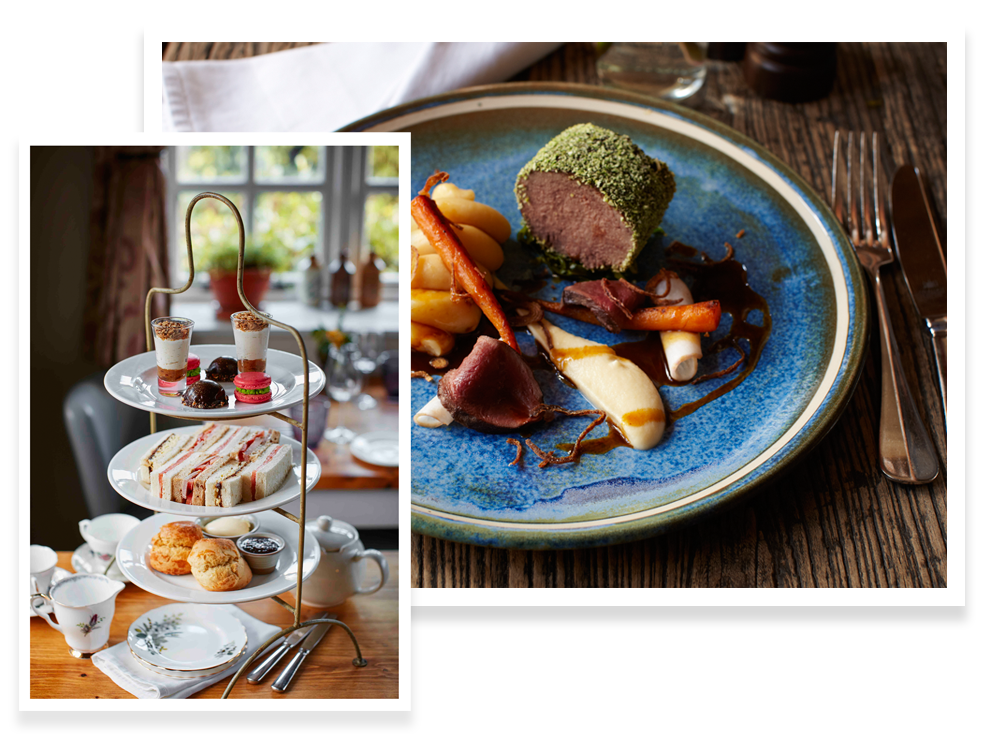 "Apart from being financially helpful, the grant was a boost more than anything. Somebody saw the value in our business, and in helping it to survive. For me, that was the biggest thing. It was like somebody believed in us.

"It's enabled us to get somebody in to help with PR and getting in the press. We've spent some of it on Google ads - somebody has been managing a cost-per-click campaign for us. Somebody is also doing an SEO audit on our website. We've also explored collaborations with other brands."

Are you ready for the reopening?

"We're busy trying to make the rooms as good as they can be ahead of the fact that so many people will want to go away.

"Whereas some people enjoyed parts of the first lockdown - having that fantastic weather in late March and April - I think the overriding feeling now is that everyone's fed up with it. There are only so many activities you can do with your kids in lockdown.

"The bookings are coming in. My prediction is that we'll see a bit of a bump after 12 April, when self-catering is allowed to open. We'll likely get a further bump again on 17 May when people are sure that we'll be open and that they can come.

"I think within the hospitality trade self-catering is the sector that's benefited, relatively speaking. A lot of self-caterers are benefitting by being able to open earlier and take whole households."