Learn somethingFree Range Friday: How Alex turned a passion for sheds into an income
Blog

Free Range Friday: How Alex turned a passion for sheds into an income

Freelance journalist and online community builder Alex Johnson is the man behind Shedworking, the online 'lifestyle guide for shedworkers'. It may seem a little quaint, but an income-generating blog is a thoroughly modern business and Alex himself a modern freelance worker relying on a 'portfolio' career to put food on the table. But how has he achieved it? 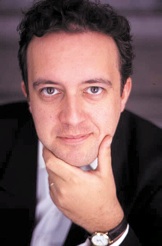 "I'm not in any sense a business person at all," admits Alex Johnson (pictured above). "But the site has been very much something I'm interested in without any thought about how it might progress. I'm a big proponent of just do it and see what happens." It's quite a confession for a business-owner. But Alex is far from the clichÃ©d idea of an entrepreneur. Rather, he's part of a growing number of talented specialists using technology to generate small amounts of income from their interests in niche areas of life. We've reported recently about the how self-employment is on the rise in the UK. It's clear that online technology is at least in part behind the increase in independent homeworkers. Alex, while documenting this trend himself, has been among the pioneers developing a business model that just didn't exist a decade ago - and it happened more or less by accident.

The discovery of a new passion

"We used to live in Madrid and came back to England ten years ago," he explains. "We bought a house in St Albans but there just wasn't the room for me to work there. So I started looking at garden offices, which at that time was a very small industry indeed." A shed "ticked all the boxes" for Alex, not least because it was cheaper than extending the house. But in moving into a new workspace, he also moved into an entirely new working world, and it was one he found fascinating. "It was financial practicality, but when I started working in the garden office, I realised the advantages over commuting and working from the spare room or the kitchen dining table," he continues. "And I became intrigued because there must be other people doing this. It became a personal exploration. How many other people were out there?" In fact, there's a longstanding tradition of writers working from sheds (think George Bernard Shaw and Roald Dahl) or other micro-buildings, but Alex also discovered designers, photographers, business strategists, charities, botanists and assorted craftsmen and women, among others. It's an extremely diverse world.

The birth of an accidental business

So Alex starting documenting it in a quarterly PDF called simply, The Shed. As broadband improved, the PDF became a blog and the accidental entrepreneur found himself overwhelmed with contributions from readers. "There were a lot of people like me who wondered whether there are other people who did it," he reasons. "It's bringing that disparate community together." As time went on, what began as a "jeu d'esprit" revealed its potential as a source of income. "It was never intended to be an income stream, though," Alex stresses. "I only started selling ads on the blog because garden office people started approaching me. I'm in no sense an ads person at all. Once one or two started coming on, others followed. "I keep the prices fairly low to encourage people and it's a no-brainer for a garden office firm. They have only to to sell one thing off the back of it. That's really taken off in the last three to four years." In addition to display, text and classified advertising, Shedworking features sponsored daily posts. Affiliate marketing didn't work out, but Alex has written a book off the back of the site (Shedworking: The Alternative Workplace Revolution). It all adds up - and though the revenue from the website makes up only about a quarter of his total income, it's proved a useful 'calling card' which has generated other paid projects which form part of Alex's portfolio career. It's also encouraged him to replicate the business model in another niche area that fascinates him - bookshelves. "I'm now doing another blog called Bookshelf which is proving to be almost as popular as Shedworking," he reveals.

The modern revival of cottage industries

Shedworking and Bookshelf, his work for The Independent newspaper's online team, his role as webmaster for Designer Breakfasts, freelance writing and editing for magazines, newspapers and charities - variety of work is a deliberate choice for Alex. In that sense, he's a classic freelancer, driven as much by restless interests and the attraction of flexibility as a need for income. It's preferable, he says, to a narrow focus on one thing alone. But there's something deeper going on here, too. What's happening in our economy, we both agree, is something of a rebirth of a 'pre-industrial' pattern of cottage industries. Certainly, turning hobbies, skills, crafts, interests and passions into an income is more possible in the age of the internet than it has been for a very long time indeed. "Being niche doesn't mean focusing on something to the exclusion of everything else," he argues. "You have to think quite laterally about what you're doing. If I was a proper entrepreneur, I'd ditch everything else and concentrate on ShedworkingÂ  - and it's a definite possibility at some point. But I'm interested in other things, too, like pubworking as ane extension to what I do now. They're very undersused spaces during the day." "Making a lot of money doesn't make you a success," Alex concludes. "People should be equally satisfied with a good work-life balance and a nice business that toddles along fine. Don't get hung up on trying to be Richard Branson." Interview by Simon Wicks, Enterprise Nation editor. Photo of Alex's shed by Alex.

Every Friday is Free Range Friday on Enterprise Nation, where we write about fresh, fun and innovative business ideas and the people behind them. We'd love your contributions. Are you doing anything new? Have you spotted anything that's a little out of the ordinary? Email your ideas to our editor or speak to us on Twitter using the hasthag #FreeRangeFriday. Â