For Harry Potter fans, 1 September is very special; it's time to go back to Hogwarts! To celebrate, we've republished this post from May 2013.

Emily Coltman has been reading too much Harry Potter. Or has she? Here are five magical business lessons Emily has learned from the world's favourite wizarding books.

You may not think that the seven hugely popular Harry Potter books have much to teach the world of small business. But take a closer look at the magical wizarding world of Hogwarts and you'll find a host of important tips that could help your business thrive. Here are five of my favourite business lessons that you can learn from within the pages of JK Rowling's bestselling saga.

Professor Slughorn likes to make introductions and forge connections between his favourite current and ex-pupils. While his motives are not entirely pure (he revels in the fact he receives a hamper every birthday from a former pupil just for introducing him to the wizard who gave him his first job, for example) making effective introductions between your business contacts is an excellent way to build trust amongst your connections.

But don't fall into the trap Slughorn does, of ignoring people who are not so well-connected or clever, or treating them as beneath your notice. Slughorn not only ignores Ron Weasley, but also wrongly calls him 'Ralph' and 'Rupert', which does nothing to endear him to Ron's best friend, Harry Potter. Harry is someone that Slughorn desperately wants to work with!

Professor Lupin does a great deal to encourage Neville Longbottom, who initially appears a bit of a buffoon, but as the series evolves, we see that Neville is actually a capable young wizard. However, having been bullied first by his grandmother and then by Professor Snape, he is very under-confident. At his first lesson, Lupin teaches the class to tackle a Boggart, a shape-shifter which assumes the form of whatever will frighten its opponent most.

He expresses confidence in Neville's ability to the bully Snape: "I was hoping that Neville will assist me with the first stage of the operation and I am sure he will perform it admirably", and carefully coaches Neville through what he needs to do. Sure enough, Neville succeeds, marking the start of his long journey towards playing a crucial part in finally defeating the evil Lord Voldemort. Is there someone you know through your business who is under-confident? What could you do to encourage them to achieve their full potential? 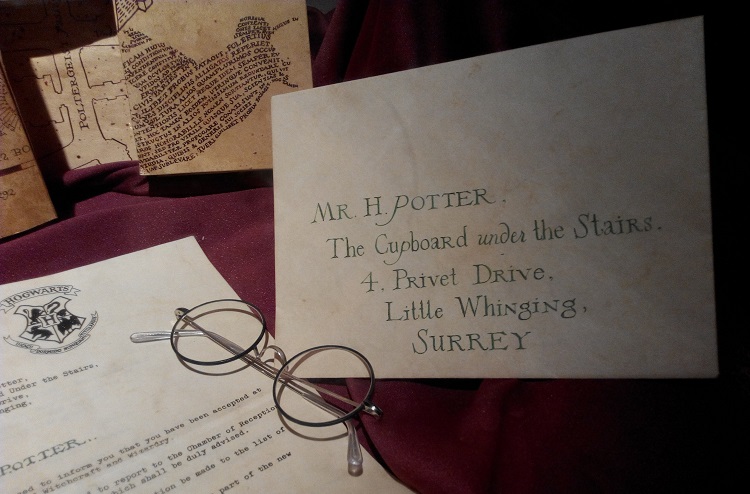 It takes a total of seven attempts for Hagrid to deliver Harry's Hogwarts welcome letter, because the Dursleys are determined that Harry will never attend the wizarding school. Hagrid does not give up trying after the first attempt or two, nor does he try the same way again and again. He uses different and innovative methods, such as posting letters down the chimney when Uncle Vernon Dursley boards up the front door, or hiding letters inside eggs and at the last, he makes absolutely certain that Harry receives his letter, by handing it to him personally.

What could you do to go the extra mile for a customer or contact who is in a difficult position? How could you help them?

In the final battle at Hogwarts Castle, Professor McGonagall enlists the help of Peeves the poltergeist, even though he's been a serious nuisance to her and other teachers in the past. She knows that if she wants to keep Voldemort's supporters at bay by making it as hard as possible for them to get into the castle, Peeves will be an invaluable ally!

No one person can know everything and we should not expect it of ourselves. Identify who the experts are whose skills complement yours, and don't be afraid to enlist their help when you need to.

Professor Dumbledore consistently lets Harry find his own feet and test his strength. He doesn't keep Harry from protecting the Philosopher's Stone, or entering the Chamber of Secrets, or rescuing Sirius Black. The only time Dumbledore does try to protect Harry by keeping him away from the action, the results are disastrous. In the face of considerable doubt from just about everyone he knows, Dumbledore also places his trust in the loyalty of Snape the double-agent, and gives him several very difficult tasks. But Dumbledore does know when someone is not to be trusted. Alone of the Hogwarts teachers, he is not taken in by the young Tom Riddle, who of course in later life becomes Voldemort.

It's important to allow your colleagues, staff and other contacts enough space and resources to carry out the work you've asked them to do. But blind trust is dangerous and should be avoided. If your gut instinct tells you to steer away from someone, trust your instinct.

Emily Coltman is the chief accountant for FreeAgent. This post first appeared on the FreeAgent blog.