David Tan: ‘Attending an Enterprise Nation event led me to become an adviser’

David Tan is relatively new to the world of entrepreneurship, so much so that he wouldn’t even refer to himself as such, instead preferring the tag of project manager.

Not only is David a popular adviser on Enterprise Nation, but he also runs 8pron, a marketplace and networking platform for foodies. He has also helped numerous food-based businesses with their digital advertising.

Ahead of his appearance at The Food Exchange on Friday 29 April, David joins Enterprise Nation’s Ryan Elliott for a culinary conversation.

Talk me through your background. Did you always have that entrepreneurial bug?

“My dad is a business owner himself, same as my grandparents, both in the restaurant industry.

“I think I'm a little bit more like my dad. He actually got out of the restaurant and went on himself as a car dealer as well as dipping into other industries, but somehow, he fell back into the restaurant industry with my grandfather to be a chef.

“Growing up in a restaurant environment, I was pretty much the same way. My dad always wanted me to take over the business, but I always said that I don't think it was for me.

“I like cooking, but I don't think I would like it as a career, that's not my thing. I did work in the kitchen a lot when I was with my dad, but one day I told him I wanted to go to university.

“So, I went to study event management for a few years in Australia, and from then I got a lot of industry experience: health industry, casino resort industry, you name it. I like to try things!

“I was working for a casino for six years – that’s my longest-serving job but I always had this idea of starting my own projects."

One such project being 8pron?

"I thought I could maybe do something with food. That was before even Uber Eats, which is the worst thing!

"I like how every house kitchen can be a business, as well. I was thinking something along these lines would be a great idea, but back then I wasn’t a programmer, and it was just an idea.

"I always write down ideas I have on my phone, so I accumulated ideas through talking to people, on and off.

"And then the pandemic hit, so that gave me more time to really think it through because I was on furlough, and that was the best time to self-analyse and then also research if there's any similar competition for a particular idea.

"I figured out a way, even without programming skills, to turn this food idea into reality. That's how I started 8pron, only a year ago!

"Thus far, I have supported 35 small businesses. Even though some people regard me as an entrepreneur, I always regard myself as a project manager instead, because I see 8pron as a project instead of a business. It's a very different model.

"I simply see it as a project of supporting small businesses, and so far, it has been quite engaging.

"I really enjoy what I'm doing every day - I'm not making any revenue, but people leave me good feedback and I think that is rewarding, it means a lot, and you know what you’re doing isn’t in vain.

It also verifies that I'm moving in the correct direction because this is what I want anyway.

"I may in the future be able to turn this into a real revenue-generating business, who knows, but for now, it’s a project that I really enjoy doing.

"To be honest, it doesn’t feel like working, because if you turn your ideas, something you're passionate about, into a business, you don't feel exhausted about it. I can work any time, any day, as long as I have my computer and my phone." 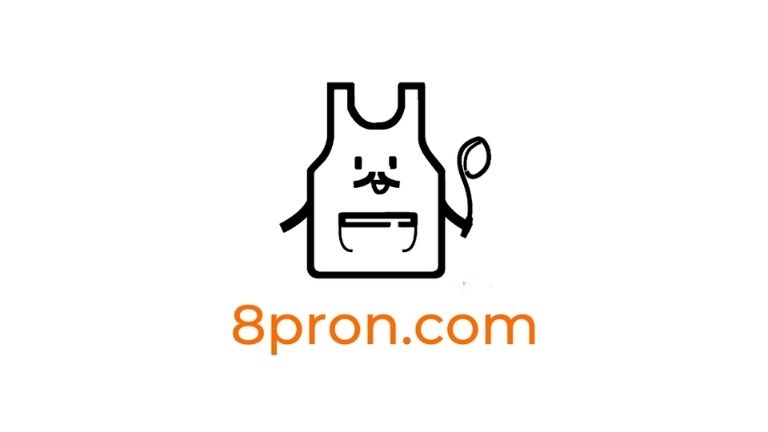 What made you sign up as an adviser on Enterprise Nation?

"Three months ago, I attended Enterprise Nation’s StartUp 2022 virtual event. I jumped in, had a look around all the stages, and came across the Adviser Zone."

"At the time, I noticed it was fairly quiet in there, so I thought I’d jump in and say hi because a lot of the main stages were incredibly busy.

"I started talking to Dan, who was hosting this particular stage, and he convinced me to try out being an adviser, as it seemed like a great place to network with people, so attending an Enterprise Nation event led me to become an adviser.

"I think networking is always important for founders anyway, so that’s probably the biggest reason why I signed up, because of how valuable it is for people starting a business.

"This is especially the case when you're in the early stage, because nobody knows you, nobody knows what you're doing, so meeting other people would be very beneficial.

"That’s the reason why I joined!"

"Definitely. Not everyone provides testimonies, but there is a good proportion of people I work with who will always give me feedback.

"So, what I’ve been doing over April, as it's Ramadan season for Muslims (I was born Malaysian, so even though I’m not Muslim I'm quite familiar with modern Muslim culture), has been to think: is there something I can do for them while I’m gaining experience, as I also do digital advertising for my businesses.

"I approached some businesses and suggested I do their digital advertising for free – all they had to do was sign up as a user, and while I did this for them for free, they still became new clients of mine.

"I posted for them, promoted products like cakes and Ramadan food - mainly through paid Facebook ads - and then I showed them the data and they loved it, so for the past few weeks I've been doing that for at least about six or seven businesses.

"There is one business I work with, which started only about a month ago, especially for Ramadan, and I essentially bumped into her randomly online, and I proposed the same deal to her – let me help you!

"So, I created a story for her, posts for her, and as a result, she got very high traffic and also sales, which was surprising – I can bring traffic in for people, but there’s no guarantee of sales.

"Someone bought from her the day after publishing the ads, and I was so excited I text her and asked if she knew she received an order, and at first, she doesn’t believe me, being a brand-new business owner!

"And this success really encouraged both of us to go the extra mile together, and eventually the same guy came back and ordered another 15 items, which led her to send me a huge review on my Instagram.

"I was speechless! This is so rewarding and verifies that I’m moving in the right direction.

"I also work with an artisan bakery run by a lady named Soukaina, where I help build her reputation.

"She’s really good and incredibly underrated – she’s a home baker, but her skill is on par with any of the best restaurants. That’s why I wanted to work with her, and she’s definitely quite thankful I did

"She showed the case study I wrote to her friends and family, and it was also blasted out as a digital ad.

"Someone actually came to her and said, “Hey, can you not remember me? I haven’t spoken to you in years – I saw your ads by 8pron” and they reconnected. So that was also a nice feeling for me."

You’re speaking at The Food Exchange on Friday! It must feel good to be identified as a person of interest

"I was a little nervous at first to talk at The Food Exchange, but that’s why I got Sascha [Dutta] into it - one of the biggest food influencers in the UK; I said we should partner up and I was glad she said yes!

"Because if you put me on the spot alone for 30 minutes, I really don't know what I’d share, I'm quite new myself – it’s been less than a year since we launched 8pron.

"I would never consider myself as a ‘business’ anyway, even though I have to register as a business. Until you start earning revenue, I won't call it a business."

Do you have any exciting plans for the future?

"I’ve learned so much over the last couple of months.

"At 8pron, we're not only focusing on becoming a marketplace, but also doing what we can to aid small business, so I’m hoping to expand into services.

"This means 8pron won’t just help people buy and sell, but also teach them to promote themselves and bring in digital traffic, and it’ll be very affordable.

"If I do something for you, I want to show you the full results, so that’s why I show businesses I work with my database as well.

"To sum it up, 8pron is where foodies can connect. It’s a platform where you can connect to buyers, sellers, business-to-business, customer-to-customer, you name it.

"I want people to be able to communicate with each other without my approval, creating an open forum where they can help each other.

"I’m going to keep adding tools and functions to give small businesses the confidence to network together."

If you'd like to follow in David's footsteps and provide support to a huge network of small businesses, be sure to sign up as an adviser on Enterprise Nation today.