Learn somethingCathal O'Reilly on his sustainable side hustle
Member stories

Cathal O'Reilly on his sustainable side hustle

Cathal O’Reilly, founder of reusable bottle company Narcissips, is on a career break in Bali. He tells us how he runs his side hustle from ‘out foreign’.

It’s been a busy few years for Cathal, working for PwC while finishing his accountant exams and starting a sustainable side business. He decided he needed a break, some time to recharge. And work out what exactly Narcissips is to him.

“I’m taking a few months off to reassess what the plan is for the future,” Cathal explains. “I hadn’t really considered it a business up until maybe the last few weeks, but now I have time to reassess and focus on it.

“When I began looking into this in 2017, and giving it a go in 2018, it was initially just a hobby for me, I didn’t see it as anything else. I kind of thought it would only last three or six months.

“I was doing my chartered accountant exams with PwC, and I was very aware of the plastic problem in general. I lived with my grandmother at the time, and growing up with her she was constantly going around and cleaning up our estate – it was always plastic bottles and coffee cups. It was ingrained in me since then.”

Cathal decided to buy himself a reusable bottle in Dublin and was quite surprised by how expensive they were.

“In 2018, they were all €40 to €50, for the standard stainless-steel insulated bottles,” he says. “I wasn’t on a big salary really and I couldn’t imagine how people could afford to choose reusable or to fix this problem. We should be motivating people towards this and enticing them with a good price.”

And hence Narcissips was born.

“I thought I’ll give it ago for a few months and get family, friends and sports teams involved in reusables,” Cathal says.

“And I’ve always had a thing about ‘giving back’, as I was very fortunate in the past to get a grant and then a scholarship for my undergrad and masters.

“I thought I’d do it for six months and it was something I could add to my CV. I didn’t think I’d be doing it three years later.”

Burning his own fuel

Cathal has been learning as he goes. He spent the first couple of years cycling around on his lunch breaks to hand-deliver his products as he had every intention of keeping his own carbon footprint low.

“I think people just liked my approach to sustainability and of course they were saving €6 or €7 on delivery costs,” he says. “I also liked it because I was burning calories cycling around Dublin.”

Cathal has been taking some advice on what he’d need to do to turn Narcissips into a viable business, and it’s not quite sitting well with him.

“I can do everything remotely at the moment as I have a fulfilment centre in Galway. which made a huge difference to things last year. Most of the orders for corporate are being sent directly from manufacturing to the client.”

So, while Cathal takes time out to decide the future of his business and his career, he can run the business quite easily from his location in Bali.

“Predominantly, it’s a lot of customer service, social media management and email management, which I’m lucky to be able to do from the laptop,” he adds.

Will Cathal keep Narcissips as a sustainable side hustle or take the leap and turn it into a viable green business? Watch this space. 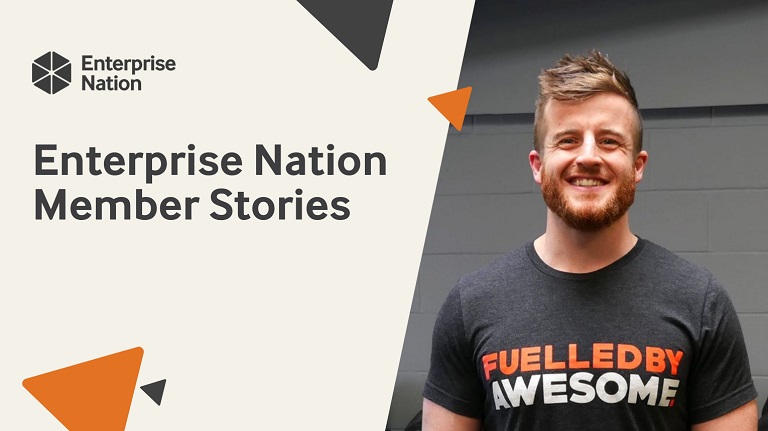