Charlotte Lorimer speaks to Ben Daly about how he dealt with the impact of the coronavirus pandemic by pivoting from running a roofing company to starting a waste collection business.

Ben Daly has always wanted to be his own boss. “As a young kid, I wanted to go off to help my dad, who was a builder,” he says. “Working for yourself, whatever you put in you get back - it’s hard work but I wouldn’t change it for a minute.”

Six years ago, Ben, 33, set up his roofing company. Since then, he's worked tirelessly to build up his reputation within South Wales and Bristol, where he's based. This time last year, he was all set up for a busy Spring and Summer. Then lockdown hit. And everything stopped.

After almost a month of living on savings, he was in real need of a solution. His wife Rose, who usually works as a nurse, was on maternity leave with their second child, and as a limited company, his business wasn't entitled to any government grants.

“A Facebook post changed everything," he says. After hearing Rose chatting to a friend about how to tackle the problem of collecting waste while the tips were closed due to the pandemic, he sent out a post to friends and neighbours asking if anyone had any waste they'd like collected. Within an hour, he'd received 65 messages.

As a roofer, he already had a waste carrier licence, meaning that he could still visit the tip while it was closed to members of the public. His new business, BRD Waste Solutions, has been a huge success.

Using Starling for his business banking has saved Ben both time and money. “I used to get a bank statement every three months and go through them after work - Starling has saved hours compared to how it was before,” he says.

"It's just easier. And when I went from being a sole trader to a limited company, it was so quick - I just did a new application for a limited company business account, updated my invoices and within a couple of days everything was set up and ready to go," he says.

“The notifications and the balance in the app mean I can budget without any delays. Having everything linked up to Xero has helped massively - I can do everything on my phone when I'm out and about."

Starling has been a key tool for Ben when growing and developing his new business. He collects payments from customers using his SumUp card reader, which he's connected to his Starling business account. This means that he can see key data points, such as the value of the latest payout, directly from his Starling app. 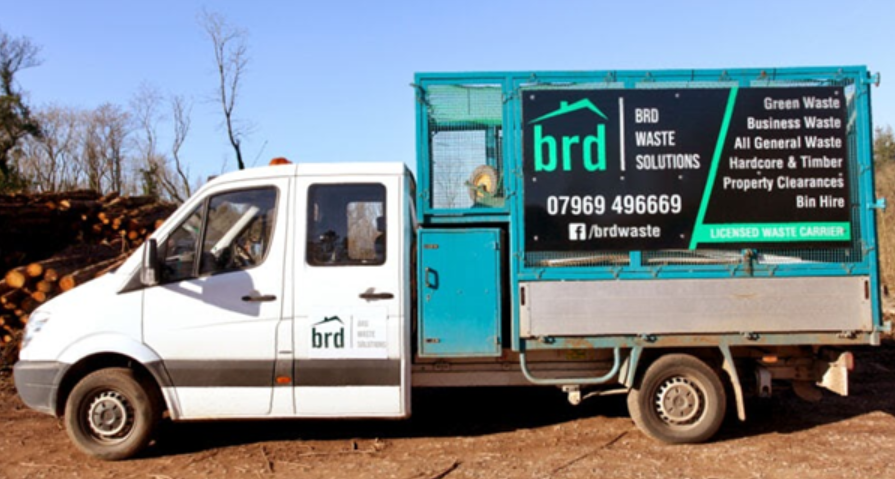 Ben aims to recycle at least 90% of what he collects

How Ben has grown his business

Ben makes more from collecting waste than he did from roofing and has doubled his monthly turnover, less than a year after launching the business. When he first started, he covered a five-mile radius. He now covers a 30-mile radius.

"The most important thing I’ve learnt is to be quick with responding to potential customers and to try and bring your passion for your job to the customer. Most will return many times if you show you care."