Learn somethingBrand storytelling for small businesses: Why it's a real superpower
Blog

Brand storytelling for small businesses: Why it's a real superpower

In the summer, I cycled to a beach beside the River Roding in east London, my four-year-old daughter in tow. When we arrived, we saw an older lady sitting there, reading her book.

She noticed us and, without hesitation, started telling my daughter about the magical steps down to the beach and the fairies that lived in the water. If we were really quiet, and kept really still, then perhaps we would see them.

My daughter was completely and utterly spellbound - and, truth be told, so was I. The lady, who turned back into her book the moment she finished talking, had moved us with her words. And that, dear reader, is the power of storytelling.

For small businesses, storytelling is a superpower

Large companies aren't always blessed with stories like these. Sure, all businesses start somewhere - but that doesn't necessarily equate to a good story well told. Even if it does, things will have changed. Larger businesses may have moved in a different direction, or stand for something else. By this point, when there are multiple stakeholders to please, storytelling becomes a whole lot harder.

Take the example of Gillette, which realised a couple of years ago that it had to move its conversations beyond razors. As Mitchell & Webb so brilliantly demonstrated, there's only so much you can say about blades. Its well-intentioned attempt to address toxic masculinity, however, made many of its own customers feel demonised. 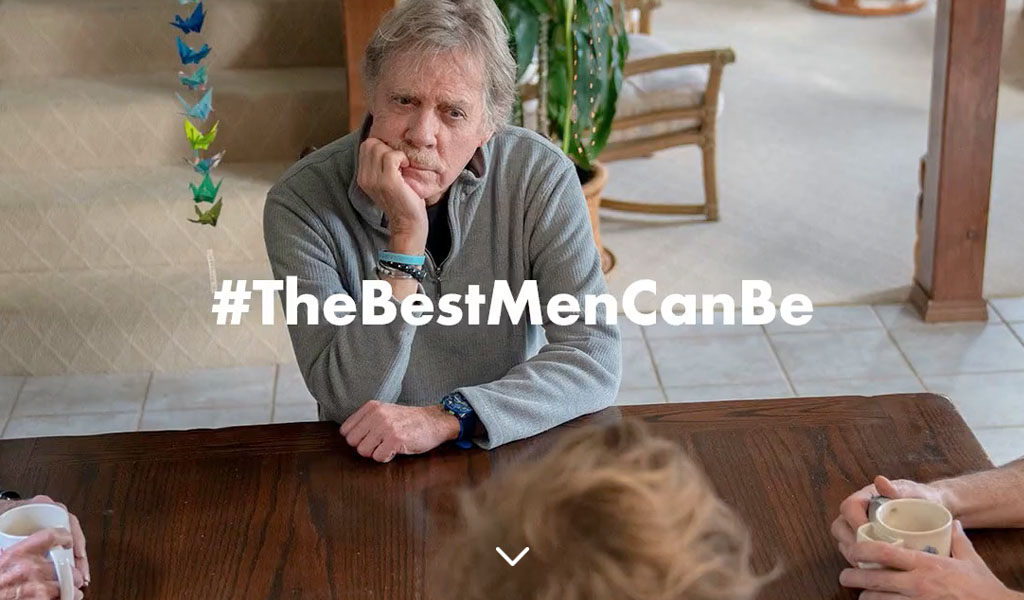 Airbnb, by contrast, discovered its story just in time. When it launched, it was just a tool that provided homes for holidaymakers. Five years later, it realised that it had become a community platform centred on 'belonging' - a term that's sparked some pretty powerful stories.

There are, of course, relatively large companies whose growth is partly attributable to consistently superb storytelling. Two brands jump out, and they both happen to sell products in cartons: Innocent and Oatly. The pair are celebrated for their 'brave' (why should being charismatic, authentic and irreverent be 'brave'?) tone of voice, which allows everything from their Instagram pages to their ingredients labels to become platforms for great stories.

So, tip number one: find your business's story. That story starts with you, the founder. Why did you launch the business? What's its purpose (63% of consumers prefer buying products and services from business that stand for something)? Can you explain why your company exists? Is it helping make the world a better place? Write the answers down on a single piece of paper. Have fun with them - these aren't the basis for a strict mission or vision statement, but the building blocks of a narrative that, as cheesy as it sounds, should come from the heart.

Writing a brand story: why it's so powerful

What was the main character called?

Literally everything, even the late 80s aesthetic.

What happened to them?

Well, after being captured during the Crusades, he somehow escapes his hand being amputated and returns to England, where over a series of battles avenges his father's death at the hands of Sheriff of Nottingham, who he later kills, thus paving the way for King Richard the Lionheart - RIP, Sean Connery - to return to the throne. 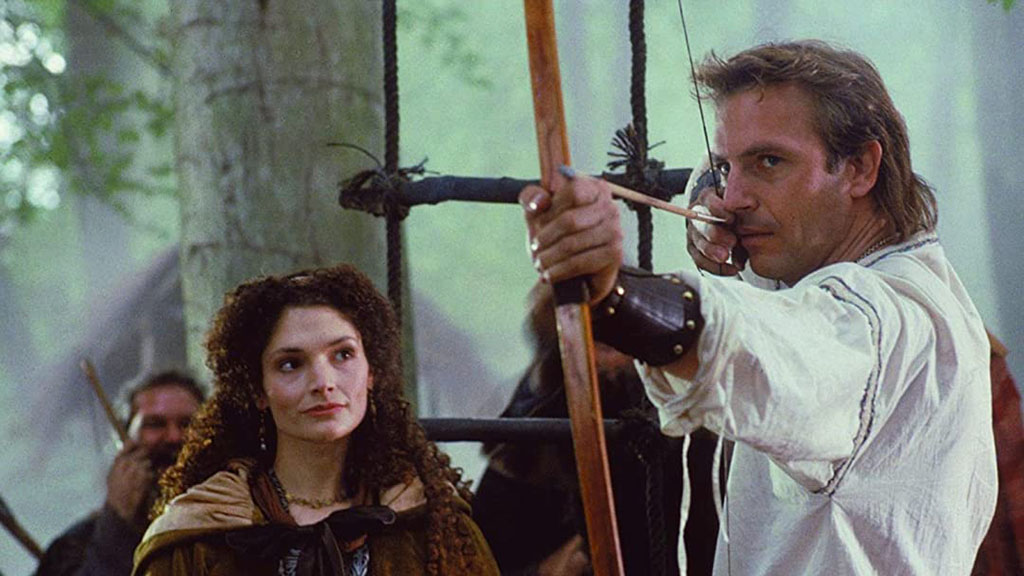 Like me, I'm sure you can remember pretty much everything about your favourite film. Why? Because you bought into its story. Now, you think of it fondly. You'll happily watch it again. You wax lyrical about it to your friends.

What if people spoke about your business like this? I've mentioned 'power' five times already, and for good reason: storytelling's power can be quantified. Jennifer Aaker, the general Atlantic professor at Stanford Graduate School of Business, has said that people remember information told in story form "up to 22 times more than facts alone".

Indeed, studies have concluded that stories have better persuasive power than facts and figures. That's not to say you should disregard the latter; far from it, in fact. When you use both, Aaker argues, you'll move your audience both intellectually and emotionally.

Back to your favourite film. What does it have that your brand story probably doesn't (apart from an in-his-prime Kevin Costner)?

Adversity. Conflict. Jeopardy. Robin Hood had to dodge amputation, execution and goodness-knows-how-many arrows. Things didn't always go his way. And that's why his story is so darn exciting. So, tip number three: ask what adversity you and your business have faced, and how this can be woven into your brand story.

Take Netflix as a quick example. In 2004, it was a DVD-by-post subscription service. When internet data speeds increased, it realised that its model was doomed. Rather than go the way of Blockbuster, it committed itself to streaming - despite focus groups asking: "Wait, I don't get it. Do you mean streamlining?" 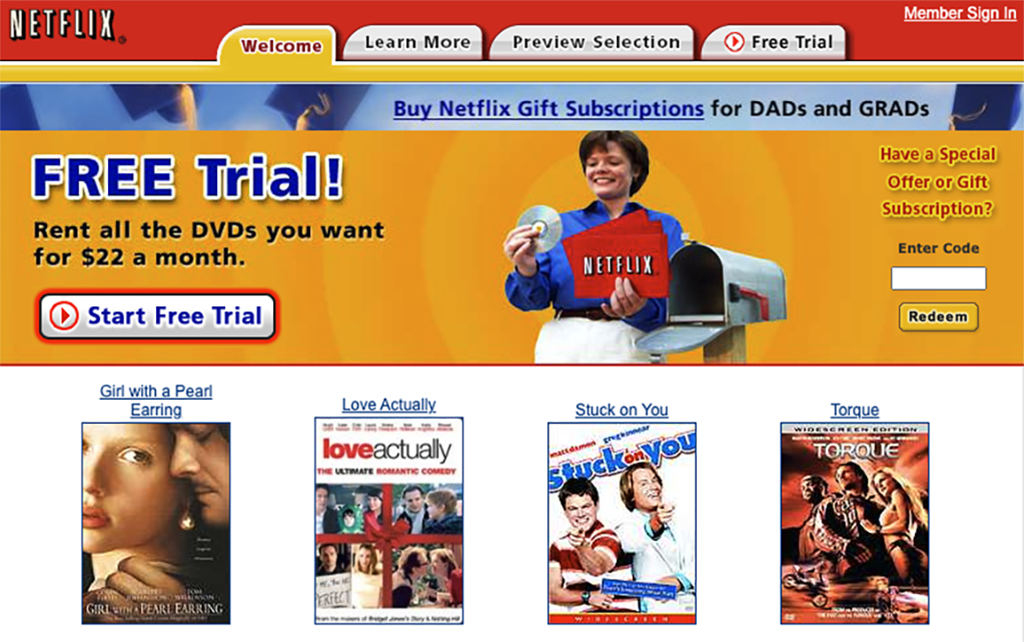 So, not only was its current model unsustainable, but its customers needed persuading as to its new model's benefits. How to persuade sceptical or confused customers? By telling a great brand story. Here's what Netflix came up with:

Sometimes it's hard to find a movie everyone can enjoy on a Friday night. For individuals and families with internet access, Netflix instantly streams an unlimited number of TV shows and movies, anytime, anywhere. Simply search, browse and watch on the easy-to-use website, mobile apps, apps on game platforms and hundreds of Internet-connected devices. With one-click anyone can watch ad-free, HD quality, TV shows and movies. It's month-to-month and you can cancel anytime. We offer a one month free trial. Netflix, it's movie enjoyment made easy.

Your own story of adversity is probably staring at you square in the face (just look again at the Chai Guys, Trishna Daswaney and Katrina Borissova). The temptation for businesses, though, is to ignore it in favour of painting a picture of perfection - which, from a storytelling perspective, is dull and unrelatable.

Brand story structure: How to get it right

You've found your business's story (in the form of the one-pager discussed above), and you've weaved in your own tale of adversity. Now what?

Well, it's just a case of applying some structure to what you already have. Clifford Chi, a writer at content marketing agency Animalz, wrote in a HubSpot post that a brand story's structure should be underpinned by three things (and which I'm going to repackage as tip number four):

Again, take the example of Netflix:

Where to publish your brand story? Well, think of it as a starting point for any narratives you need to construct - website copy, product packaging, social ads, even internal comms.

Kay Suppamas certainly overcame adversity on her way to founding Leafage. The story of her business is beautifully told, and it's easy to see how the language Kay uses informs the wider brand.

It's also straightforward to spot the status quo (city dwellers having limited access to green space), the conflict (helping very busy city dwellers realise that wellbeing is important) and the resolution (running terrarium workshops that give a sense of serenity, and continuing to help people understand wellness).

Superfoodio founders Nirali and Jag tell a story of adventure, good food and start-up success in three short paragraphs. The status quo here is that, surprise surprise, people enjoy snacking. The conflict is that the same people, by and large, don't really think beyond their own pleasure when snacking. How to convince them that they should snack for "people and planet", too?

I was lucky enough to chat with Chai Guys Abhilash and Gabriel at length about the story behind their brand. They recognised the status quo of coffee being people's takeout drink of choice. Their conflict lied in persuading consumers to drink chai instead, which proved especially tricky owing to the ubiquitousness of chai latte.

Abhilash and Gabriel's resolution lay in telling the story of authentic chai, while tackling their conflict head on: "Authentic chai isn't just a cup of tea. It's a gateway to an amazing world of taste imbued with Indian tradition. But to be the real deal, chai has to be made from the best ingredients, using traditional methods. Too often you'll see the word chai used to describe a product that tastes nothing like authentic chai."

Connect with advisers who can help tell your brand story

A master storyteller with a background in journalism, marketing and PR, Darren has written for everyone from estate agents and charities to manufacturers and removal companies. If your business has a story worth telling, he wants to hear from you.

In the summer, Bev - also known as 'the message maestro' - did a storytelling Lunch and Learn that touched on the different tales businesses can tell, how they can be included in brand narratives, and how to structure stories for maximum effect. If you haven't yet watched it, you should!

In October, Sam did a Lunch and Learn with us called How to use engaging stories to market your business. His own business, Great Business Platforms, helps companies design, share and connect their messages with their desired customers.

Do you have a particular area of expertise that you could share with our small business community? Become an Enterprise Nation Adviser! Use the coupon code COVIDRECOVERY to get complimentary access until 31 December.