Bursting with quality meat, a punchy blend of herbs and spices, a whopping glug of booze, and a joyous dash of innuendo, it's easy to see why.

We caught up with the man whose recipes contain personality and alcohol in equal measure as he embarks on his mission to disrupt the UK sausage market.

Dickie, tell me where the idea for Boozy Bangers came from…

"I've always been passionate about eating well. My moto is 'eat less, but better'. I want the meat that I eat to be the best and tastiest I can afford. I love a good sausage, and I was angered by the lack of quality sausages on the market; they lacked flavour and the meat content was low and of poor quality. So I decided that if nobody was going to make them for me, I'd make them myself. I bought a sausage machine and my bonkers booze-fuelled creations were soon being made in my kitchen most weekends."

"Our sausages are the ultimate farm to fork experience. We use open barn-reared pork shoulder from my pal's award-winning farm in Essex. They use crops grown on the land as feed to create high quality pork with full traceability and sustainability. They actually make the scotch eggs for Fortnum & Mason.

"An enormous dose of booze adds even more flavour and moisture to our bangers. Unlike many sausages that claim to have an alcohol flavour, you can actually taste ours. Every sausage has got to have that 'boom' moment. It's my name and face on the pack so I'd never sell a sausage that I wouldn't want to eat myself. 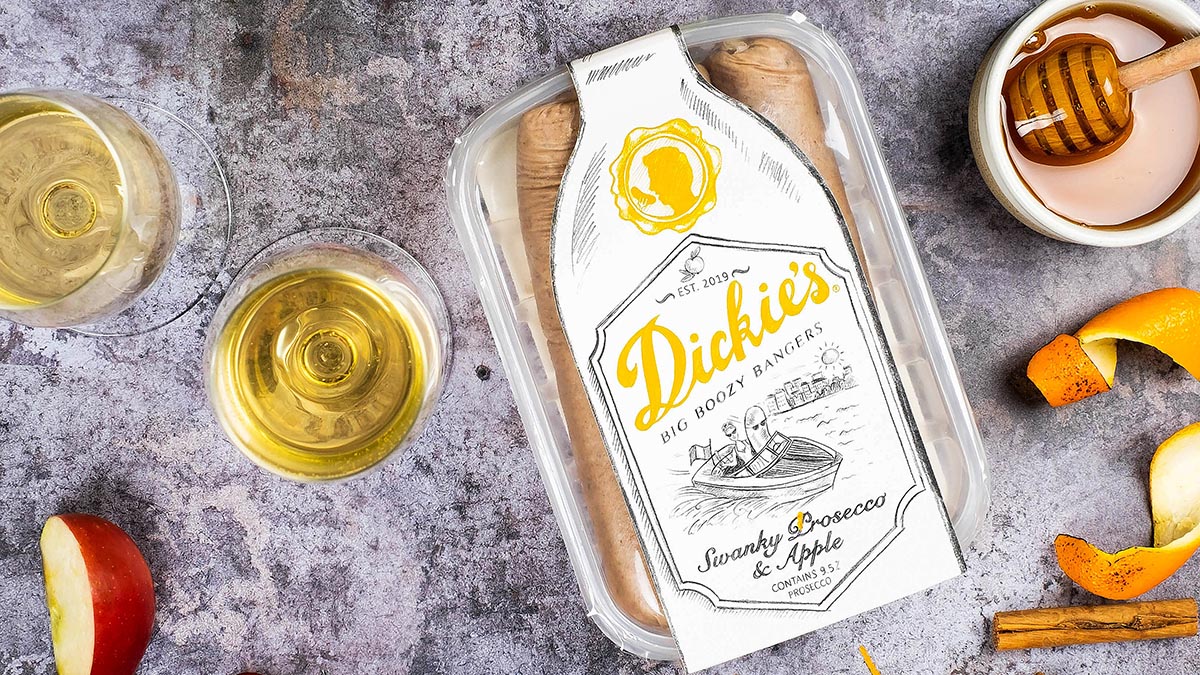 "Last year we were finalists in the Great British Food Awards, picked up a Great Taste Award and were 'highly commended' at the UK Sausage Week Awards too."

Is this your first foray into the food and drink industry?

"My work background is really varied. I've played semi-pro rugby, been in Grease in the West End… I've even written and starred in my own play. Five years ago I set up a coffee company called Halo Coffee. We were the first company to create compostable coffee capsules for Nespresso machines. I invested everything I had in it. I even moved back in with my parents as it was a few years before I could pay myself anything. It was during this time that I visited my local butchers in Lower Shelton in Bedfordshire and asked if they'd teach me to make sausages."

Much has been made of the rise in demand for plant-based foods over the last few years. But meat sales have also increased. How and where have you been selling?

"We've only really been trading properly through our website since the start of this year. We were actually in advanced talks with Waitrose at the start of last year, but then, of course, Covid hit and we had to ride it out and be patient. But we have been supplying pubs, barbeque restaurants and wholesalers. We've spent a couple of years tweaking our recipes and really perfecting the product so we're super excited about getting it into people's homes this year. Sales through our website have been strong so far; it seems that an alcoholic sausage was what a lot of people needed during lockdown. We're just about to launch on Amazon too."

Have you experienced many challenges along the way?

"Creating the perfectly balanced boozy banger is actually a bit of a nightmare. Too much alcohol can attack all the proteins in the meat so the sausage disintegrates. We had to do a lot of tests. There were days I tested so many that I felt slightly tipsy. But eventually we cracked it. 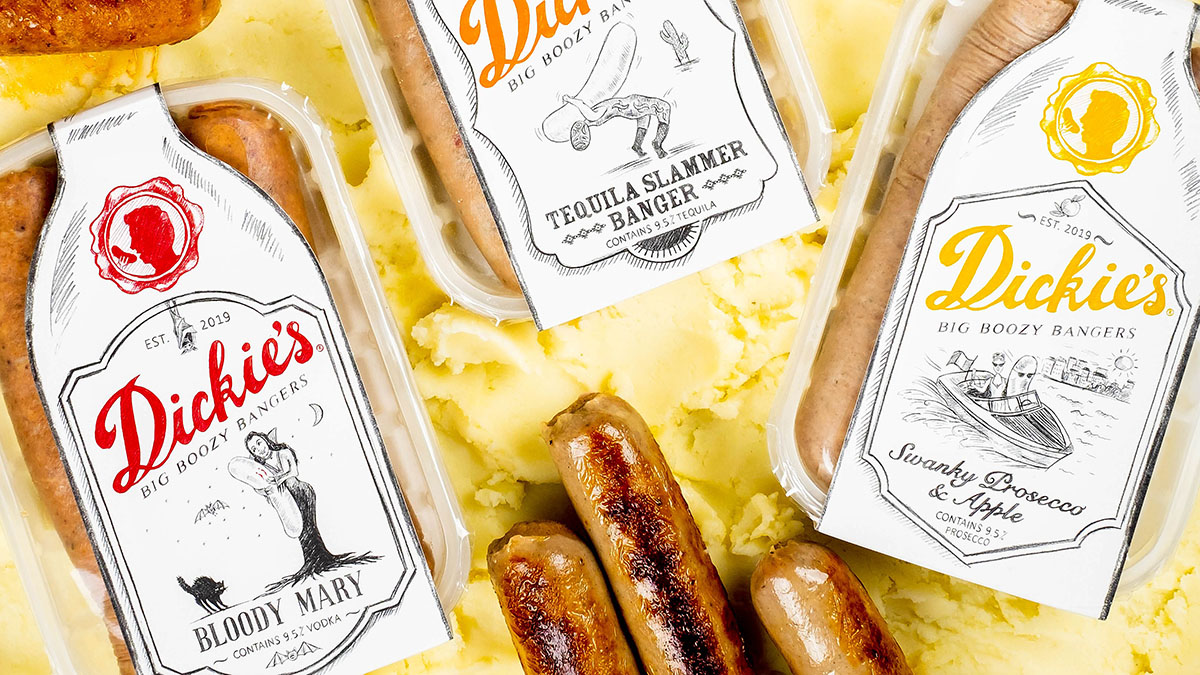 "Branding was also really important. It needed to be dynamic. Next time you're in the supermarket take a look at the innovative, eye-catching packaging being used for 'free from' or plant-based foods and compare that to the meat aisle where the most innovative branding you'll see will likely be a picture of a farmer. I wanted to stand out. Hence my packaging has wrestlers, vampires and speedboats with giant sausages in them.

"The branding resources available on Enterprise Nation gave me a massive head start. It's incredible to think that all your resources are free - it's fantastic. I've attended a few events, taken part in e-learning programmes, and watched a number of webinars. As well as branding advice, I've learnt about R&D tax relief, been inspired by other food and drink success stories, and I'm now exploring the possibility of exporting. I always look forward to receiving the weekly newsletters too. As an entrepreneur it's easy to forget that there's lots of help out there so it's a brilliant reminder of all the support available."

What would be your top tips for entrepreneurs looking to start their own venture?

"It can be a lonely road and sometimes you just need to offload. So network. Connect with fellow entrepreneurs and get together once a month for 'CEO group therapy'. It's brilliant. Oh, and don't rely solely on friends and family to test your product - they won't tell you if it's bad. Go and ask the people who'll be buying your product."

And finally, what's next for Dickie's Boozy Bangers?

"Great customer feedback, lots of repeat orders and being embraced by loads of barbeque experts who just love them has given us absolute confidence in our product - so now it's all about getting our bangers onto people's plates. I think this year is going to be one of the biggest years ever for barbeques as people look to start having small gatherings again. We'd love to get a slice of that market. 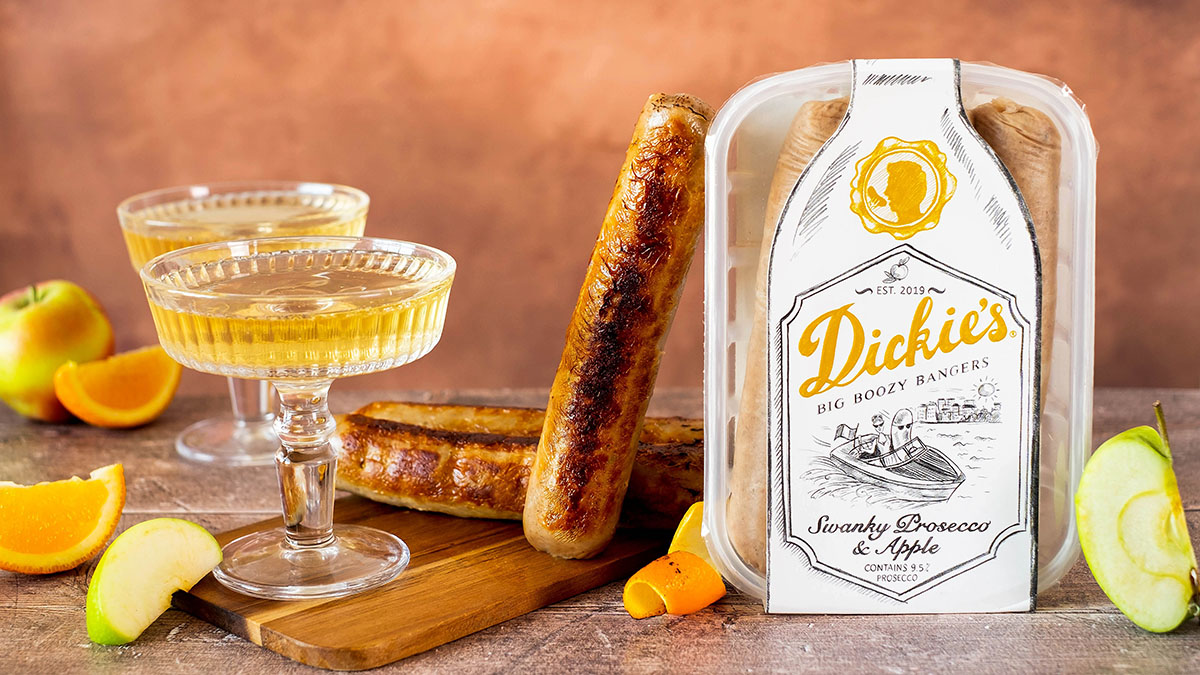 "Obviously to see our product on the shelves of the big supermarkets is the ultimate dream. I've got my ticket to Enterprise Nation's Food Exchange event in May so I'm hoping to be able to pitch to buyers there. We're about to launch on Amazon too. And then, once we've developed the UK market I'm hoping to start exporting to Germany where the sausage market is huge. It's the, ahem, 'wurst' case scenario…

"In terms of new products, I'd love to diversify and start producing sausage rolls and scotch eggs. Maybe some sauces and chutneys too. And of course, we've got lots of ideas for new sausages. Look out for Dickie's Massive Coq Au Vin Banger made from chicken breast and loads of red wine."

_The days of boring, same old, same old sausages are well and truly gone. Barbeque season is just around the corner, so don't forget check out Dickie's Big Boozy Bangers.

Do you have a fledgling food business? Connect with other like-minded entrepreneurs in our Food and drink founders group._