Today is the most popular day to start a business

Analysis of the number of businesses set up over the past 12 years shows 28 August is the most popular day to incorporate a new venture.

The Companies House data showed that the number of new firms rose on average 11% year-on-year between 2009 and 2013 compared to just 3% on average in the years before. 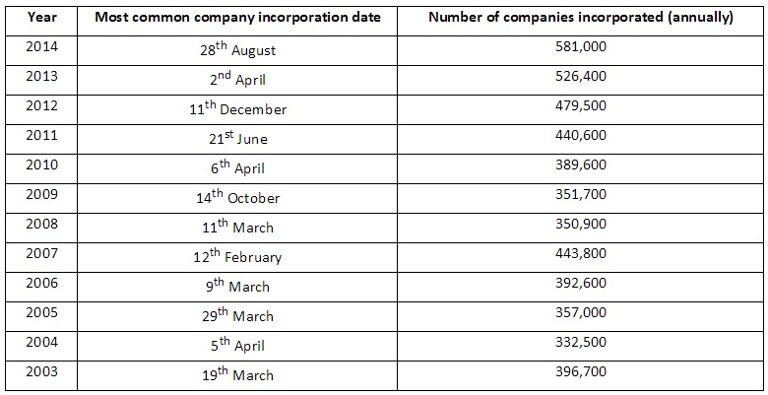